When it comes to buying a home in most major markets in Canada, knowing how to navigate a multiple offer scenario is critical. Realtors in the country’s most active market, Toronto, say buyers are feeling the pinch.

Thousands of buyers know the cold reality of on-the-ground buying and selling. In a year in which almost every month has seen new records set, sales dipped slightly in Toronto in May, to 11,951, but prices set another high, with the average sale price for all home types up by 28.4 per cent year-over-year, to touch $1,108,453.

“As a realtor, we don’t like this either, it’s not fun,” said Mark Savel with Sage Real Estate Ltd. who last week represented buyers in a seven-way bidding war. “We all lost: the sellers didn’t accept any of the offers.” Buyers report being priced out in bidding wars in even traditionally “affordable” Ontario markets such as Brantford and Paris.

There’s also a good deal of secrecy: Buyers are not allowed to know, even after the fact, what the other offers were.

For many agents, it comes down to a careful analysis of the local market and a keen understanding of the process. “The first thing people ask me is ‘What is your seller’s expectation, what are they willing to take?,’” said Andre Kutyan, a broker with the Robert Greenberg Team at Harvey Kalles Real Estate Ltd., and frequent listing agent. “I say, ‘I have no expectations.’ I acknowledge [the house] is aggressively priced below market value; it’s just a question of how much.”

To shed some light on how the process actually goes, Mr. Kutyan agreed to take The Globe and Mail behind the scenes of a recent multiple offer situation as a way to show buyers what the sellers see. The actual house address will not be identified, nor the identity of the sellers or bidders. Some of the dollar amounts have also been altered. But what follows is a blow-by-blow account of what works and what doesn’t in a residential real estate blind auction.

11:30 a.m.: The first bid comes in a downtown Toronto house, a two-storey, three-bedroom detached in a popular neighbourhood listed at just over $1.249-million. The listing price is purely notional and few see it as a true estimate of the house’s market value. Mr. Kutyan, the agent for the sellers, has forwarded website traffic and social media reports to them that show thousands of views on the listing and that it has booked more than 40 showings. Most of this work is digital now, and using services such as BrokerBay allows buyers’ agents to see how busy the visiting schedule is: If all available times are booked on a given day, that’s a sign that there’s intense interest.

The deadline for submitting bids has been put at 3 p.m., but an early bid has come in, which suggests to Mr. Kutyan the buyer is eager. The bid is $1.535-million, with a closing date in one month. That’s right around what Mr. Kutyan expected to be the starting point for the true value of this listing. The bid comes with proof of a certified deposit cheque that’s above the industry minimum of 5 per cent of asking, which leads Mr. Kutyan to believe this buyer has space to increase their bid. That’s also his first tip for bidders: “If I’m going to do a deal, I want that cheque to my office before the end of the business day – I don’t want to leave any loose ends.”

1:36 p.m.: A second bid arrives and it’s close: $1.51-million, with a closing in three months. Deposit cheque attached, also above the minimum, but not as much as the first offer. The conditions include a request to warranty appliances until shortly after closing, something Mr. Kutyan communicates back as a non-starter.

2:54 p.m.: The third bid arrives, for $1.515-million, closing in two months. The deposit is virtually identical to offer No. 2. The initial bid was changed to add $5,000, perhaps Mr. Kutyan speculates, because they saw other registered offers. “Another thing I tell people is to come with your best offer first, don’t assume you’re going to get a second round. Unless offers are close, there’s no reason for me to start sending them back,” he said.

2:55 pm: The fourth bid is low: $1.35-million, 5 per cent exactly deposit, but it comes with another feature of the hot market: A personal letter from the bidders. It’s an attractive young couple talking about their new family and love of the neighbourhood.

“Usually I’ll get at least one warm and fuzzy letter. Sometimes they are the winner, sometimes not,” said Mr. Kutyan, who shares such letters with the sellers but has rarely seen them impact a decision if the offer wasn’t also just right. “I hate to debunk that myth, but it’s a money thing. No seller is going to leave money on the table. Unless the difference is so nominal; it could be a couple thousand dollars at most.”

4:45 p.m. Bid No. 5 comes in long after the deadline and it’s an outlier in terms of price: $1.28-million, with no deposit cheque and includes conditions on buyer financing and an inspection clause, despite the inspection provided by Mr. Kutyan.

“This bid is going nowhere. They are taking a kick at the can, but if they are genuine buyers they have no idea what’s going on,” he said. Comparable properties in the area sold for the $1.5-million price Mr. Kutyan is targeting. As for coming in late? “It never fails. There’s always one. For some people, it’s a strategy: I’m going to wait to see how many offers are registered before I make an offer.” Other times, he said, it’s just incompetence.

With offers in hand and reviewed, Mr. Kutyan presents them all to his clients, highlighting what concerns he has: the lack of a deposit in one case, the extra conditions in another. He has also spoken to the agents representing the top three bids, feeling them out as he prepares for the possibility of sending them back for improvement.

“Some agents will ask ‘how many rounds are you planning on doing?’ These questions lead me to believe they have more money,” Mr. Kutyan said. “I’m not working for the buyer.

“At the end of the day, I’m going to do everything I can to squeeze every last drop out of this deal, within reason. What I’ve done here is I’ve told my clients: ‘We’ve achieved already what our estimate of value is. The question is, can we get more money?’”

The sellers agree to give it a try, the worst case scenario being the current top offer stands pat or rescinds, in which case they have two offers above $1.5-million to consider. And Mr. Kutyan sends the top three bidders back. The warm and fuzzy letter couple wasn’t close enough to get a formal invitation, but he communicates to the agent they can resubmit if they like. “I’ll make them understand: they are welcome to do so, but they are going to have to come up significantly in order to have a chance.”

6:03 p.m. The first offer in at 11:30 a.m. is the first offer to resubmit, jumping to $1.61-million. The other two offers also come back. Offer three ups the bid to $1.515-million. The second offer has stood pat, changing nothing but shaving some days off closing.

The first bid came with a request for the seller to finish repairs found in the home inspection. Mr. Kutyan had communicated to the agent this was the only bid with a repairs clause among those he asked to come back. As a result, the bidder has also dropped the repair request. So, even though they are already in the lead on price, they have also relinquished a major condition to their offer. They are, in effect, bidding against themselves.

This, critics say, is one of the main downsides of the closed bidding system; bidders have no idea when enough is enough. Mr. Kutyan said the sellers had been prepared to take buyer No. 1’s initial offer if no one else improved theirs.

“At this point, there’s nothing else to talk about. I tell my sellers to sign on the dotted line and run,” Mr. Kutyan said.

“People get really angry; they think I’m pushing the price up. ‘Some crazy person just paid $350,000 over asking!’ Yeah, they did. But the market value of the house was already over $1.5-million. In reality, the buyer coughed up five per cent more than the rest. Which isn’t crazy.”

The keys for success are fairly simple, according to Mr. Kutyan: Make an offer with no conditions; have a deposit cheque in hand; make your best bid first – don’t expect a second round. And if it doesn’t happen, it’s not because you didn’t write a nice enough letter. 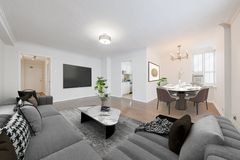 As temperatures rise, Toronto tenants told to not use window air conditioners due to risk of falling units
Subscriber content
June 16, 2021 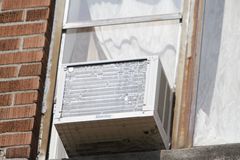 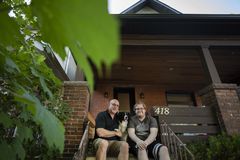