After I told people I was moving to Hong Kong for work, those who’d lived in the city before mentioned two certainties.

One: The heat, where the humidity gets trapped in between the high-rise buildings, would be a difficult adjustment.

Two: I should get used to paying an exorbitant amount of money for rent.

After two months in the city, I can say both have proven true.

In Vancouver, I had become accustomed to chopping off a significant amount of income for housing. When I left in June, the average rent for a one bedroom apartment was $2,090 – the highest in Canada according to PadMapper and one of the highest in North America. But Hong Kong has the dubious distinction of being one of the world’s most expensive places to live. A recent Walletwyse study ranked it fifth globally, with a median rent for a one bedroom at US$2,450 ($3,197).

My apartment search started with asking friends to give me their agent’s contact info. These are local freelancers whose job it is to find you an apartment. Their fee usually amounts to about half a month’s rent. (A renter must also provide first and last month’s rent and another half a month’s rent as damage deposit). On contacting my first agent, he cut straight to the point: What’s my limit? I was determined to pay no more than $12,000 Hong Kong dollars a month, which works out to about $2,000. (An HSBC study found the average Hong Kong expat is making about $182,000 annually, but that number is skewed by the high wages in the financial-services industry here.

Some of the people I knew, who, like me, worked in journalism or marketing, were paying as little as HK$9,000 ($1,496) a month. But that level seems to get you little more than a shoebox in a dungeon. On the other hand, some lawyers I met, both locals and expats, were paying double my limit. One of these that I visited couldn’t have been more than a 400-square-foot one-bedroom. Newly renovated, in a good location, but still quite small.

The first agent I queried never got back to me – I guess at my target rent it wasn’t even worth his time. Other expats I spoke to said some agents can’t be bothered to show homes under HK$15,000.

The difference in tax rates also has to be taken into account. Provincial income tax in B.C. was more than 7 per cent for me last year and federal tax was about 20 per cent. In Hong Kong, the standard rate is usually around 15 per cent. By my rough calculations, I figured I’d probably be paying half of the income tax in Hong Kong that I was in Vancouver, but more than 30 per cent of my income would be going to rent. While, according to the Canadian Rental Housing Index, 44 per cent of Vancouverites are spending more than 30 per cent of their paycheques on rent, most Hong Kongers are spending close to half. Other factors such as food and utilities are relatively the same (albeit cell phone bills are much cheaper here), however, Hong Kong’s transit system is light years ahead of Vancouver’s and inexpensive.

For most of my time in Vancouver, I split rent with a girlfriend or roommate; in Hong Kong, living alone is the norm for working professionals. The only time I lived solo back home was in the West End from 2013 to 2016, where I paid $1,000 a month for a 350-square foot studio. After viewing a few places, I found a similar flat in Central on Hollywood Road, located on Hong Kong Island in what I’d call the city’s extended downtown core. The building felt even older than my West End flat (built in the 1980s), was substantially smaller (around 300-square feet) and only had a shower in the bathroom. The asking price was HK$14,500 , although the agent noted the owner was open to negotiations, which meant I could offer HK$14,000. He stated the place had been on the market for three weeks and had undergone a price reduction and when I messaged him a few days later, he notified me it had been leased at full price.

You can leave the island and head north to Kowloon or some of the outlying boroughs in Hong Kong, but much like Vancouver or Toronto, it’s like living in Surrey or Kitchener; what you gain in rent relief and square footage, you give up in commute.

My search continues and, of the dozen or so properties I have viewed, a common theme has emerged: most are tight L-shaped studios; 300 square feet felt like luxury living; a building with an elevator was so infrequent as to be unusual; and the more recent the renovation, the smaller the unit.

Hong Kong is trying everything Vancouver is to cool its housing market and make rental rates more affordable. The city is bringing in an empty-homes tax, is flirting with a speculation tax and is looking at closing loopholes on foreign buyers. But where Vancouver’s real estate scene has cooled, bringing the potential that rents could drop or at least stop rising, Hong Kong continues its upwards climb, fuelled by a relentless tide of middle-class immigration from the Chinese mainland.

The big difference between Hong Kong and Vancouver is the amount of time people spend griping about rental rates. Here, acceptance trumps aggravation, especially among the expat community. Hong Kong has been expensive for decades and citizens are resigned to that fact. As Vancouver becomes more of an international destination, this might be the price residents will have to pay to live in a desirable location. Former San Francisco Mayor George Moscone once said, “Crime is an overhead you have to pay to live in the city.” 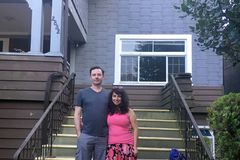 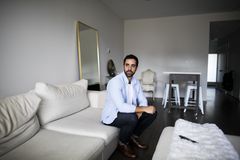 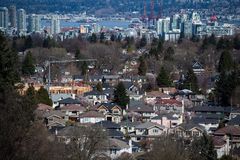