One of Ottawa’s largest neighbourhoods is preparing for modernization, as are many across the city. But with redevelopment comes relocation.

On Monday, Timbercreek Asset Management told 105 residents of the Heron Gate community, about 15 minutes from Ottawa’s downtown core, they must move by Sept. 30.

It’s the second time in three years Timbercreek has relocated tenants in the neighbourhood, as the Toronto-based company looks to refashion the 40-acre site that is now home to 1,665 residents.

“This was a very, very difficult decision to make,” says John Loubser, the director of operations at Timbercreek. “We’re starting much sooner than we had hoped and much sooner than [the tenants] expect.”

The accelerated pace, Timbercreek says, is due to a finding that 25 per cent of the 150 homes in the northeast quadrant – wood framed low rises – have been deemed unfit for habitation.

It’s also reflective of a more rapid pace of change in the city as Ottawa quickly expands. A new light-rail transit system is soon to come on stream and many neighbourhoods are seeing a wave of upgrades and renovation.

Timbercreek bought the property, which includes five concrete high-rise structures, from Minto Group in 2012-2013 and says it has invested $44-million. The 1,000 rental apartments in those towers account for more than 60 per cent of the community’s current population.

The garden homes that will be torn down are connected at the roof line and share a sewage system, so the company says it can’r renovate one without doing them all.

“They’re not standalone, unfortunately,” said Mr. Loubser. “Looking at that, we had a difficult decision to make. If we wanted to accommodate (the tenants), we needed to act now. And that’s what we’ve decided to do.”

Timbercreek says it will incorporate lessons learned from its last major relocation in 2015. Then, a concrete parking garage had deteriorated and was deemed unfit to support the 86 garden homes built on top of the concrete slab.

The company says it will provide more support to tenants this time around, and has held several community information sessions.

“A big part of what we’re doing is helping people through the transition,” says Greg Rogers, the senior vice-president of development at Timbercreek, who acknowledges rental housing is in short supply in Ottawa.

“We’re in the business of rental communities … the core word being ‘communities.’ It matters to our reputation that things go well.”

Still, the news is hard for some long time residents.

Adam Lavictoire has lived in Heron Gate for 32 years. He lives paycheque to paycheque with his girlfriend and their two kids and feels as though he is being forced out of Heron Gate. Rents are high in the neighbourhood, he says, and it’s difficult to buy a home for someone in his position in Ottawa’s hot real estate market.

“Five per cent or whatever down is a lot of money,” Mr. Lavictoire says. “With this short notice, it’s almost impossible to put a down payment.”

There is, however, no official plan in place for what the ‘new’ Heron Gate will look like, which makes hearing that their homes will be demolished that much more jarring.

But the whole concept of what could become of Heron Gate is exciting, says Mr. Loubser. There is a real opportunity to have a community that incorporates the ideas and dreams of its residents, he explains.

Antonio Gómez-Palacio, a principal at Dialog Design in Toronto, says his company and Timbercreek are engaging with residents to talk about the future of Heron Gate.

They’ve heard residents want a complete community, and it will be important for people of all ages and backgrounds to be able to walk to amenities and services and live, work, and play in the same area.

“Like all of Ottawa, (Heron Gate) is evolving and changing,” says Mr. Gomez-Palacio. “It’s going to allow people from all stages of their lives to live here. But what exactly that is and how that comes together we don’t know yet.”

Toronto’s Regent Park neighbourhood is a beacon for Timbercreek officials in terms of what Heron Gate could look like eventually, according to Mr. Rogers.

Just a few blocks from Yonge and Dundas Square, Regent Park was built in the 1940’s but fell into disarray by the turn of the 21st century. It has been undergoing a multi-phase development that has turned it into a mixed-income, mixed-use neighbourhood.

“Does it transplant directly to Ottawa? Probably not. But, there are a lot of good things that happened there,” says Mr. Rogers. “When you put it into local context, like working with the community, what we could come up with… it would be perfect for Ottawa.”

The plan is to demolish the homes once the tenants relocate as soon as possible, according to Mr. Loubser, in order to start to formalize the secondary plan – which will be done in concert with the City of Ottawa.

“Having to relocate people before the secondary plan is complete is bad timing,” admits Mr. Loubser. “From our perspective, we think its unfortunate because there isn’t a narrative for the future and there isn’t clarity around it (but) there is a real opportunity to build a community here.”

Ottawa now has a larger share of foreign home buyers than Greater Toronto
May 1, 2018 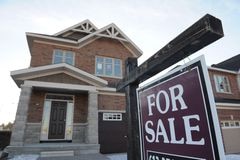 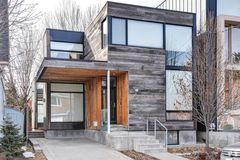