Could Calgary shed its bad-boy image as a boom-and-bust roller coaster when it comes to housing prices and become boring?

Experts say they expect it to.

In Canada’s fourth-largest city and one of its fastest growing and strongest economies, homes sales continue to trend downward compared with 2017, while home listings continue to grow. But rather than panic, many owners and buyers in the market have kept counting on quick relief, believing Calgary’s next boom will solve their problems.

Industry watchers say these hopes, based as they are on a pattern of downturns lasting no more than two years that stretched back into the 1980s, are about to face something of a reality check.

“A lot of people ask me if we are getting back to ‘normal,’” said Todd Hirsch, a Calgary-based economist with the Alberta Treasury Branches. “And when they say that, I suspect what they mean is early 2014, which was a boom time – because that’s what everyone misses, that’s what felt comfortable, especially for people in the oil and gas sector. People were making a lot of money and real estate prices were booming.”

Calgary’s housing market is an outlier compared with Toronto and Vancouver, the two cities Canadians tend to talk about when they discuss real estate. Rather than a steady climb upward, housing prices in Calgary have historically shot skyward only to correct soon after – and only then to boom and bust again in a repeating cycle.

The most recent cycle contained a boom in 2014, when five years of steady oil-price growth saw luxury houses in Calgary, for example, double in value. In June, 2014, the Calgary Real Estate Board’s benchmark house price for the city stood at $458,100. After the subsequent 2015 oil-price crash and recession, the benchmark price sits at $436,500, and that includes two years of purported recovery.

Anyone who bought before 2015, such as Mr. Hirsch, is feeling this pain. He says his own condominium in downtown Calgary is likely worth about 20 per cent less than it was four years ago.

But while Calgary’s economy continues to bounce back – GDP growth stood at a heady 7 per cent in 2017 but is expected to mellow somewhat in 2018 to 2.5-per-cent growth, according to the Conference Board of Canada – housing prices remain stagnant, possibly even falling. The most recent data (as of press time) from the CREB for July show year-over-year sales in detached homes dropped by 6.9 per cent.

Ann-Marie Lurie, executive director of the CREB, said the organization opened the year expecting prices and sales growth to remain stable, but instead sales have dropped and prices have softened.

Calgary has “too much supply” of all types of housing, she said, while several other factors have exacerbated the situation: the dampening effects of the federal “stress test” on first-time home buyers; slow job recovery in traditional sectors; and homeowners jumping at the somewhat-rebounding market to list their properties in 2017 and early 2018, adding to the supply overload.

While this might have been a situation solved by a forthcoming boom in the past, Ms. Lurie said she doesn’t expect that for the future. Instead, she said, Calgary could be entering a new normal.

“I’m looking at this new period as it might be different,” Ms. Lurie said. “Calgary is used to boom and bust, but the future could have changed.”

Mr. Hirsch also said Calgary is not going back to what it used to be, thanks to changing world oil prices, demand and other factors. “In some respects, if we’re lucky, we are getting off the boom and bust cycle; we’re looking at more moderate rates of growth – probably more in line with a typical Canadian province and a typical mature economy in the Western world,” he said. “Around 2.5-per-cent [growth] is what we should be expecting as potential, not 4.5 or 5.5 per cent, which is what we were growing at for the first five years of this decade.”

But despite this new normal for homeowners or buyers, as well as the protracted return to growth in home prices, home builders still see Calgary as a place to make money.

Indeed, rather than worry about the city’s housing-price slump, Mr. Huntingford said builders in the city are more concerned about the so-called mortgage stress test put in place by Ottawa in January, which has taken another bite out of demand.

“It was imposed on us and has nothing to do with us,” he said. “It was designed to fix Toronto and Vancouver.”

Many of the organizations, especially those concentrating in “hot” portions of the city – infill construction and certain suburban areas – are doing remarkably well and have had “very robust sales all the way through” the downturn, Mr. Huntingford said.

A potential shift toward increased stability will also be a good thing for the industry, he added.

Ms. Lurie said a shift in thinking is all that’s needed for a new, more balanced normal in Calgary.

“Is it better to have a more stable market? In many ways, that is what people are expecting. Some of the strong price growth and loss [of booms and busts] can pose challenges,” she said. “On the long term, stability makes it much easier for people to plan. It’s a different mentality for us. I do think there are benefits.” 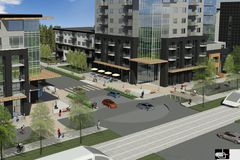 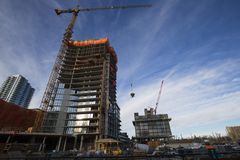 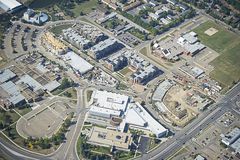