The word park has two definitions.

As a noun, a park is a green space. As a verb, the meaning significantly shifts: a vehicle brought to a halt.

“Depaving” is the art of removing asphalt and revealing the natural earth beneath, creating more parks and fewer parking lots.

In urban spaces, it’s difficult to remember that below shopping malls and high-rise buildings, there is soil.

For decades cities have favoured cement over greenery, largely because it’s cheap and requires little maintenance. But now, some city dwellers are desperate to return to their grassroots.

When Janet Joy Wilson thinks about a driveway, her grandfather’s farm in southwestern Ontario comes to mind. He had a ribbon driveway. The natural progression of wagon wheels carved out two parallel lines in the grass. No pavement necessary.

“We now pave over entire swath of land for vehicles that really only require a ribbon,” Ms. Wilson says.

She lives in Toronto at Dundas Street West and Scarlett Road where long driveways front most houses, like a suburb in a city, she says.

At the end of 2018, Ms. Wilson left her job at a publishing company, sold her car, travelled the world and began genuinely seeing nature. “You notice things because you’re not going through a neighbourhood, you’re walking or cycling within a neighbourhood,” she says.

When Ms. Wilson returned home, she decided to remove her driveway and plant beans, peas, tomatoes and strawberries in her front yard.

“I unpaved the parking lot,” she says.

Her team has depaved nine locations in Hamilton and has three more in the works – cumulatively contributing to an increased absorption of 880,000 litres of storm water annually.

Hard surfaces, such as driveways and parking lots, interrupt the natural water cycle by preventing rain from soaking into the ground. When snow melts or rain accumulates, there is nowhere for the water to go, which leads to flash floods, sewer overflow, wet basements and stream erosion.

Last week, he stopped to appreciate a depaved garden outside of a hair salon near his house.

“It’s one of those improvements you can make in a neighbourhood that has a very powerful visual impact and symbolic impact,” he says.

When you can sit, enjoy shade and blooming flowers, Mr. Thorne says, “It sends a message that this is a place that is important to people and cared for, oppose to just a patch of asphalt.”

In 2015, she and her partner bought a corner property inside of a 1900s building to open their business and debated what to do with the slabs of concrete surrounding the front door.

They considered putting tables outside to serve tea and coffee, but in the end, with the encouragement of one of their customers, they decided to plant pink hydrangeas and lavender bell shaped flowers instead.

“We wanted to capture that euphoric oasis feeling,” Ms. Sousa says, referencing the name of their salon, “like the secret garden. I wanted my own secret garden.”

Five years later, the garden is bustling and requires minimal maintenance, but it is no longer a secret. The salon’s lush greenery stands out on a street that consists of a large parking lot and a line of red brick houses.

Last year Euphoria 158 was nominated for a Trillium Award, a City of Hamilton program, which recognizes exceptional landscaping. Without Ms. Sousa or her partner knowing, their neighbourhood nominated the salon and they won – a true testament to their garden’s value in the community. 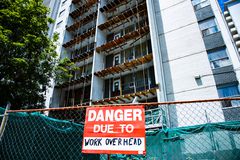 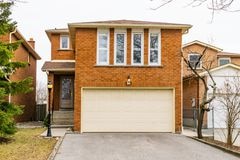 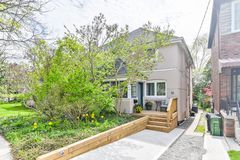