A Toronto condominium tower at the centre of the dramatic financial collapse of Cresford Developments real estate empire has new ownership and will begin construction soon.

Vancouver-based developer Concord Adex has received court approval to take out of bankruptcy the project formerly known as YSL (Yonge Street Living) Residences that is currently just a hole in the ground at Yonge Street and Gerrard Street in Toronto. The future building will be called Concord Sky and at 95 storeys and 299 metres it will be one of the tallest towers in Toronto when it is completed in 2026.

“It’s not an easy process. … We managed to come up with a good solution that all parties are happy with. It’s taken a little bit longer than we anticipated, but these are complicated projects,” said Isaac Chan, vice-president, Sales and Marketing Concord Adex.

YSL holds a place of particular importance in the story of Cresford Developments, which built thousands of condo apartments and townhouses over a 20-year period, and at its peak in early 2020 was managing the construction of four large-scale condominium tower projects at the same time. But after reports of financial irregularities were raised by a former company executive, lenders began to call loans and file notices of insolvency when repayment was not forthcoming. Three of the four projects – known as Clover, Halo and 33 Yorkville – were tangled up in Companies’ Creditors Arrangement Act insolvency proceedings for most of 2020, and then more than a year later YSL followed filing a proposal under the Bankruptcy and Insolvency Act in April, 2021.

According to court filings, disputes over whether to finance and proceed on the YSL project or sell the whole company consumed the company’s leadership and resulted in a bitter split between chief executive Daniel Casey and former chief operating officer Maria Athanasoulis. Ms. Athanasoulis was a key player in the company’s sales operation who left the Cresford in 2019, and filed a wrongful dismissal lawsuit seeking $48-million in profit participation on the four projects. Her claim alleged accounting irregularities that amounted to shifting loan money from one project to another and alleged that Mr. Casey didn’t have access to the funds necessary to finish any of the towers.

In the claim and counterclaim between Mr. Casey and Ms. Athanasoulis, which have not been tested in court, Mr. Casey described how pivotal YSL was to a plan to sell his company for something close to the $100-million or more he thought it was worth in order to avoid financial collapse: “In order to maximize the value of Cresford, it must be sold as a going concern and having the YSL financing was fundamental to that objective.”

Media coverage of those legal actions brought to light the company’s troubles, shortly after which the financial dominoes began to fall. Ultimately 33 Yorkville was purchased out of receivership by the Pemberton Group in a process that cancelled all existing buyer contracts, and Halo (at College and Yonge) was sold to a holding company of QuadReal Property Group, which cancelled its condo buyer contracts and plans to build a rental building on the site.

For YSL, Cresford was able to obtain forbearance on its $100-million loan from its main lender Timbercreek Financial Corp. as it negotiated a sale of the project. Cresford’s affadavits claim a who’s who of Canadian development titans were approached in an effort to sell the site – Trinity Group, Menkes, Lanterra, Great Gulf, Fitzrovia Smart Centre, Westbank – with Empire Communities Ontario being the group that entered into the most serious negotiations. When that negotiation hit the rocks, Concord stepped in to propose a restructuring.

Concord spent about $167-millon in the deal, of which $30.9 million was to cover unsecured creditor claims and the remainder to pay out the Timbercreek mortgage and assume other loans.

“Cresford considered this project to be the jewel of the crown, and a lot of their communication to stakeholders was, ‘Don’t worry, you’ll make some money on YSL.’ And it didn’t end up being worth the kind of money everyone on their side hoped,” said David Gruber partner with Bennett Jones LLP who represented Concord. Mr. Gruber said Cresford’s shareholders, including Mr. Casey, are to receive $6.6-million under an offer to acquire the development partnership equity interests and are no longer part of the project.

About 700 of the 1,100 apartments at YSL and the bankruptcy process for the property does not allow Concord to renegotiate purchaser agreements. The remainder of the units to be sold are on the upper floors of the building, which may end up being the most valuable real estate. As to whether current buyers might be asked to pay more in the future, Mr. Chan said “That is not in our intention.”

Cresford’s plans for the retail and office amenities were only preliminary, but Concord has already put those aside and has launched a design process to build something more grand.

“With these super-tall mixed-use buildings we have the ability to create a vertical village: we’re creating a superatrium, from there you can get on to different access points for residential entrances or escalators or elevators to take you to premium restaurants or retail spaces ... such as a modern food hall,” Mr. Chan said. His reference point is the Time Warner Centre on Columbus Circle (now known as Deutsche Bank Center) in New York, which includes a massive mall and a music hall for Jazz at The Lincoln Centre. 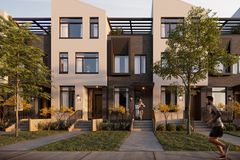 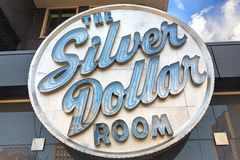 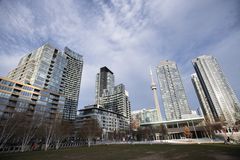