Owners of almost 500 preconstruction condominiums in downtown Toronto have been left to wonder the fate of their apartment purchases as Cresford Developments’ complex insolvency proceedings drag on.

In a ruling released Monday, Ontario Superior Court Justice Markus Koehnen has given the go-ahead for Concord Pacific, one of Canada’s largest property developers, to take over Cresford’s The Clover project, a nearly-complete 44-storey tower on Yonge Street near Wellesley St. W.

Cresford was thrown into receivership in April amid allegations of financial mismanagement. It is one of the city’s major condo developers, with four large projects in various stages of completion.

Concord is now in a position to force buyers at The Clover to renegotiate the purchase contracts they signed in 2016 at 2020 prices, or risk having their contracts cancelled.

“Nobody is happy with the thought they might have to pay more for a unit they bought,” said Kenneth Kraft, partner in Dentons Canada LLP and counsel to about 200 of the approximately 499 owners. Those owners collectively paid deposits of more than $48-million on preconstruction contracts for the 522-unit building. “This is a project that’s 38 storeys up in the air at this point, so it’s not like they are going to cancel the project," Mr. Kraft said. "At this moment, the contracts the buyers have remain fully in force.”

One of Cresford’s lenders, OTB Capital, submitted an affidavit estimating that if The Clover building’s units were cancelled and resold at $1,100 per square foot (most of the units sold in 2016 fetched prices closer to $700 per square foot) the seller could realize more than $30-million in profit. OTB projected that if the prices reached the high end of existing presale market rates (here OTB projected $1,300) the seller could realize close to $100-million in profit. The receiver’s own brokerage, CBRE, rejected those calculations as aggressive in the uncertain market of a pandemic, but nervous unit-owners in online WeChat groups have shared those estimates widely.

What happens next is less certain. In Monday’s ruling, which was in response to a motion to approve a Sale and Investor Solicitation Process brought by Cresford’s court-appointed receiver PricewaterhouseCoopers Inc., Justice Koehnen described the buyers as “the parties most likely to suffer prejudice.” According to its own filings, Concord’s aim is to take the Clover project through a Companies’ Creditors Arrangement Act process that would allow it to renegotiate contracts with buyers. It would also allow other unsecured creditors such as those in construction trades to settle claims.

Concord did not return requests for comment about its next steps, and Mr. Kraft could not confirm whether any offers have been made to his clients.

At a June 4 hearing, Concord said it had closed a transaction to buy all of Cresford’s shares and pay off $195-million in secured debt. Justice Koehnen’s ruling Monday essentially seals Concord’s deal for The Clover.

In his ruling, Justice Koehnen took pains to outline his view on balancing the interests of Cresford’s owners, Concord’s rights and those of the lenders and preconstruction purchasers.

The central issue for the court and the creditors, he said, is whether Cresford’s projects will make any money if they are allowed to finish under the current contracts.

Cresford’s financial distress came to light when former Cresford Group executive Maria Athanasoulis filed a wrongful dismissal complaint on Jan. 21 that alleged the company was in a “cash crisis,” and was delayed on its projects. BCIMC Construction Fund Corp., which was owed more than $320-million on three Cresford projects, sought a court receiver. The court named PricewaterhouseCoopers, and its review of the projects found evidence of “inappropriate project contracting and accounting," including an allegation that two sets of books were created to hide the scope of the problems from cost consultant Altus Group Ltd.

Condominium agreements of purchase and sale typically grant developers wide latitude to cancel them should the development fail to acquire adequate financing.

“They don’t have an absolute right to disclaim [or cancel the contracts],” Mr. Kraft said. “If it’s true that the project is at a loss, then yeah, they will probably be entitled to some more money [from buyers]. But it’s a duty in the statute to act in good faith.”

Justice Koehnen also addresses whether the Concord bid might unfairly reward Cresford’s former owners. Concord has not disclosed what it paid to Cresford’s principals, including founder Daniel Casey, for the right to take over The Clover project.

“While I did make adverse findings against the debtor’s conduct in those reasons [for assigning the projects into receivership], misconduct by a debtor gives rise to that degree of remedy necessary to correct the harm done by the misconduct,” Justice Koehnen writes. 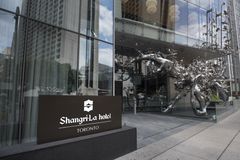 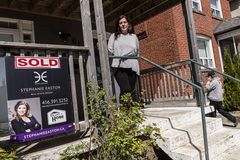 Toronto’s Shangri-La racked by infighting as hotel and condo board butt heads
Subscriber content
May 20, 2020