The legal battle between the former president of Toronto condominium builder Cresford Developments and its chair Daniel Casey has just begun, but already court filings are shedding light on the sometimes secretive world of high-rise construction financing.

In more than 80 pages of claim and counterclaim, Mr. Casey and former Cresford executive Maria Athanasoulis have exchange allegations about each other’s conduct – sometimes highly personal in nature – and also about the nature of the business the two were engaged in together as recently as the fall of 2019. One of the most revealing parts of Ms. Athanasoulis’s allegations in her wrongful dismissal lawsuit relate to the ways financing arrangements on four active high-rise condominium projects in central Toronto are reflective of the ways the multibillion construction lending market has changed in recent decades.

“Developers are extremely unique organizations, because they need to be construction experts, economic experts and structured finance experts. To get the capital to fund the deals they take on a lot of risk for the return they get at the end of the day,” said Scott MacPherson, managing director (Canada) for equity, debt and structured finance in Cushman Wakefield’s Capital Markets Group. “At Cushman, we arrange that [financing] in an advisory capacity, as part of the overall capital stack for projects.”

Mr. MacPherson has not worked with Cresford on its projects, but its mix of funding entities and players described by court and public records are increasingly common. For example, while many industry insiders declined to comment on the record about the “cash crisis” allegation in Ms. Athanasoulis’s lawsuit, some expressed surprise that the Big Five banks do not appear to be funding construction of the four Cresford sites that together will account for more almost 3,000 new condos worth potentially billions of dollars.

To Mr. MacPherson, that’s a sign of the times.

“The big banks serve a purpose, but they only want to deal with the tier one sponsors, with Tridel [sized companies]. If you’re one of the big, big groups, you’re fine: you’re getting the great terms, the best terms … their risk assumption on you is a lot lower than on tier 2 firms.”

One of the quirks of the banks, said Mr. MacPherson, is that as construction loans get into the multi-hundreds of millions the Big Five banks tend to bring in a syndicate, so no single lender has more than about $100-million in a loan. A 25-storey tower with a $200-million construction loan? That could be a four-bank deal according to Mr. MacPherson.

“There are other alternatives that are a bit more entrepreneurial: private groups that can take the whole facility, pension funds. That kind of alternative capital, if you will, has become more and more liquid looking for different avenues for yield,” he said.

In most instances those loans look exactly like a big bank loan, low interest, careful servicing and monitoring. But those same lenders will make deals banks might not, and of course charge higher rates for those borrowers.

“You get more expensive capital and more flexibility in terms … there’s less restraint if they don’t have [the Office of the Superintendent of Financial Institutions] regulating them. They can go higher in the loan amount and reduce the equity component significantly,” he said.

Ms. Athanasoulis alleges that Cresford projects have relatively low equity commitments from Mr. Casey. One of the Cresford projects mentioned by Ms. Athansoulis is the YSL Residence at 385 Yonge St. Property records show a $100-million loan from private lender Timbercreek Mortgage Servicing Inc., and also a lien on the property from GFL Infrastructure Group Inc.. for unpaid shoring work.

Asked about his company’s connection to the YSL project, Timbercreek Financial chief executive officer Cam Goodnough said: “We are aware of the allegations and are monitoring the situation as part of our ongoing portfolio management process. We cannot comment on allegations/matters that are unproven and before the court.”

“Otéra is no longer involved in this specific project [YSL],” Amandine Michaud, director of communications and marketing for Otéra, said. “Otéra is aware of the lawsuit. We find the allegations worrisome and we are closely monitoring the situation. However, out of respect for the judicial process, Otéra will not comment the alleged facts.”

In May, 2019, Caisse dismissed four senior executives at Otéra, including the group’s president, for ethical violations related to real estate investing.

Ms. Athanasoulis alleges Cresford is $150-million short on its construction commitments, while Mr. Casey’s counterclaim suggests the company has time to correct any shortfalls. Neither of the allegations by Mr. Casey or Ms. Athanasoulis have been tested in court.

Most industry insiders speculate that even if Cresford is unable to carry these projects forward some group will step in to try and save them. The only question is whether litigation will delay or complicate that process.

“Those projects are incredibly complicated and there are a lot of things that can go wrong,” said Howard Cohen, the principal of Context Development. “It’ll take a while to put Humpty Dumpty back together again,” he said.

Mr. MacPherson also regards the possibility of construction defaults in this market as remote.

“They [private lenders] do such a good job on the analytical front … they don’t put themselves in that situation,” he said. And if worse comes to worse and a company does run out of cash? “There are a lot of different ways to recapitalize your project to get it built.”

With files from Alex Bozikovic 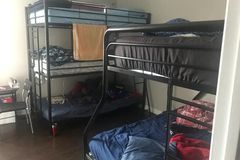 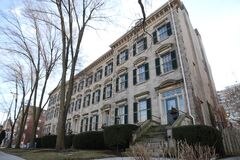