One element of the Ontario government’s latest attempt to protect real estate consumers from unethical conduct comes down to the removal of a single word from the governing legislation: “customer.”

According to the Joseph Richer, registrar of industry regulator the Real Estate Council of Ontario, in certain brokerage agreements the word “customer” has the potential to confuse consumers. But while the change of a single word may seem small, Mr. Richer says it is, "if not the most important, it’s in the top three,” of the proposed adjustments to the province’s legislation governing the real estate industry. Mr. Richer pushed for the government to mandate using the term “self-represented” instead.

Bill 145, the Trust in Real Estate Services Act (which received its first reading at Queen’s Park on Nov. 19) sets out to replace the Real Estate and Business Brokers Act and update a number of regulations and rules in one swoop. The “customer” tweak seeks to address the thorny issue of multiple representation. Mr. Richer hopes it will bring more clarity to cases where a single brokerage (and sometimes the agent) represents both buyer and seller in a transaction.

The practice has been controversial for years and raises a basic question of ethics for some realtors. “How can one agent try to get the seller and buyer the best price?” John Pasalis CEO of Realosophy in Toronto asks.

In 2017, the Liberal government proposed eliminating most forms of multiple representation, particularly so-called “double-ending” where a single agent represents both buyer and seller. The Ontario Real Estate Association and other stakeholders objected, saying that kind of regulation would be particularly harmful in rural markets where there are fewer agents and brokerages.

Legally, a sales representative can’t have two “clients” on opposite sides of the same transaction, because being a client means the agent has a fiduciary duty to you. Instead, many double-ending transaction agreements define one party as a “client” and one as a “customer”, which may appear balanced, but in reality the “customer” got the short end of the stick.

“Anything you [the customer] tell me I must tell my client, and on his behalf it’s my job to get you to pay as much as possible,” Mr. Richer said.

He says he believes that if more people understood that an agreement to work with a single agent is essentially an agreement that one party has no representation, fewer people would do it. “If you’re self represented, I’m not in your corner at all. If it was explained that clearly, I think most people would say ‘I don’t want that relationship.’“

In 2017, the Liberals raised the size of potential fines for ethical violations in these situations, required more disclosures and required sales representatives not to advise the parties on price but to facilitate a transaction. In Bill 145, the Progressive Conservative government will still allow double-ending by a single sales representative, but will insist on the new language. “It preserves the right to choose a realtor [consumers] know and trust, also gives them more choice in how they sell their home,” said OREA CEO Tim Hudak said

Von Palmer, the chief communications and government affairs officer for the Toronto Real Estate Board (TREB), said he himself has been one of those consumers who accepted the trade-offs and worked with a single representative on a home transaction.

“It does start with the registrant; you have to explain very clearly, that’s why the province is on the right path. If you come in ‘self represented’ it’s clear the fiduciary duty is to the client,” Mr. Palmer said. “I do have a responsibility, as a consumer, to understand what I’m getting. Where you run into problems after the fact is where people were not clear.”

Andre Kutyan, who said his business is roughly 60-per-cent listings and 40-per-cent representing buyers, often has both parties wishing to work directly with him on the same transaction.

Why? Sometimes comfort, oftentimes he sells a client’s home and then helps them buy their new home (which sometimes is one of his own listings). Ultimately, he believes it’s in his own self-interest to avoid conflicts of interest.

“It’s important for me to represent the buyer and seller equally; I have a reputation here. I don’t want something to come back and bite if I oversell something to a buyer of mine,” he said.

In a multiple-offer situation, that means he designates another Harvey Kalles team member to negotiate on their behalf and when someone truly wants to self-represent – usually with lawyer clients he said – the customer service agreement stipulates he would “not be representing the interests of the buyer in a transaction.”

He also plays down the potential for an agent to artificially inflate a house’s price. “We’re not magicians … the property is worth what someone is willing to pay for it.” Condo quandary: What to do with the retail space? Subscriber content
November 13, 2019 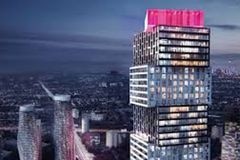 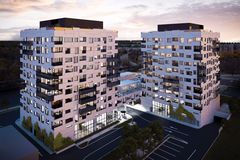