The 25-storey condominium building at 59 East Liberty Ave. has for the past 10 months been torturing its residents with one of the scourge’s of vertical living in Ontario – an elevator that doesn’t go all the way to the top. Or sometimes, anywhere.

There are 20,000 elevators in about 10,000 buildings in Ontario and they should be thought of as a crucial link in our transportation system, particularly for the elderly and mobility-challenged. Service outages in the province have gone from a frustrating downside of living in tall buildings to being a bona fide scandal. One series of investigative stories found there were more than 9,600 elevator entrapments in 2016 alone. Some surveys found that buildings had about 95 per cent availability, which translates to an average building having an elevator that was out of service for 18 days a year. Condominium buildings, as opposed to institutional or commercial buildings, had the lowest rate of availability: 93 per cent.

Elevators became a political hot topic in 2017, and just days before the provincial election was called and the legislature halted business, a new law was passed that is intended to make elevators more reliable and accessible.

But, as the residents of 59 East Liberty have discovered, help from the government may be on the way, but it isn’t here yet. On May 13, residents found themselves with none of the building’s three elevators in service. It wasn’t the first time it happened; sometimes service has been lost for more than 24 hours. One of the three elevators has been out of service for almost a year, the other two have been behaving erratically. Several residents have been trapped and at least one had to be rescued by emergency services. Communications between the condominium board and residents obtained by The Globe and Mail show a rising tide of frustration after months and months go by with promises of imminent repairs but no action.

“It’s appalling and unbelievable,” says local Liberal MPP Han Dong, who has written to Otis Elevator Co., the manufacturer of the units at 59 East Liberty, and who began pushing a private member’s bill on elevator access in early 2017 that was later adapted into a government bill by the Ministry of Government and Consumer Services. “It has to do with public safety: [In 2016, there were] on average 26 entrapments – people stuck in elevators – in Ontario every day. If you had 26 entrapments where passengers are stuck in a TTC vehicle we would call it a crisis.”

On May 7, the Access to Consumer Credit Reports and Elevator Availability Act received royal assent, legislation that aims to reduce elevator downtime by standardizing and enhancing maintenance requirements. Additionally, the Technical Standards and Safety Authority (TSSA) – the regulator in charge of elevator safety – will now start collecting data on any outage that’s more than 48 hours and some of that service data will be published in a searchable format so renters and buyers will know more about the elevator situation in a building before they move in.

Missing from the government bill was Mr. Dong’s insistence on a 14-day deadline for repairs; there will be a deadline established as early as 2019, but the exact length and conditions for it will be established through a regulatory rules-making process that will involve industry stakeholders.

The structure of the elevator industry is one of the sources of the problem, according to Mr. Dong, who found himself stuck in an elevator for 45 minutes three years ago. There are essentially four players in the market, Otis, Schindler, Kone and ThyssenKrupp. A recent report from The Canadian Press found the big four controlled 75 per cent of the elevators in the province and employed about 40 per cent of the technicians.

A TSSA report published in December, 2017, also concluded there simply aren’t enough technicians for the ever-growing forest of tall buildings: “The number of Class A elevating device mechanics has not kept pace with growth in the number of elevating devices and elevating device trainees. Multiple stakeholders report a lack of qualified mechanics employed and able to respond efficiently to calls for service.”

However, while you might think people in this situation might be yelling from the rooftops looking for help, in recent days the condo board at 59 East Liberty has urged the opposite, telling residents not to tweet, not to talk to media, not to make waves. And while The Globe spoke to multiple residents who were only too happy to vent grievances, none wished to go on the record and some were desperate not to be seen as the squeaky wheel that drew unwanted attention, which some feared might hurt the resale value of the building.

“We’re currently working with Otis to address the issues so won’t be speaking with any media right now,” wrote Todd Hofley, the president of the condo board of directors in response to inquiries. In a note to residents he went further: “While we might think public shaming or going to the media would work, it could have the opposite effect in terms of getting our elevators running properly … we have a full suite of workers on site every day and we have a commitment to getting this right. We do not want to impede this progress with unnecessary distractions.”

Mr. Hofley’s current co-operative tone is a marked contrast from a letter he wrote to Otis earlier in this year: “Today, another elevator dropped and then trapped a resident. We had to call the fire department. Our resident was terrified, crying and, understandably, emotionally distraught. She is also, at a minimum, the 15th such resident to have had this experience in the past year.

“We pay Otis very good money to maintain these elevators and yet Otis seems completely incapable of doing even that. Every time an Otis service person is here we are given a different story and they seem to run off to another site.”

The Globe and Mail asked Otis to comment on whether media attention could have a negative affect on the servicing of elevators it constructed and is contracted to maintain and was sent this statement: “Otis takes this situation very seriously. We continue to work closely with the building owner. Nothing is more important to Otis than the safety of its employees, customers and the riding public. ”

Mr. Hofley, who no longer lives in the building but still owns a unit there, said the request to stay silent “was based on numerous factors – including the fact that since escalation, Otis has been giving our building dedicated attention and has committed to our 100-per-cent satisfaction. In fact, as of this afternoon we have three fully functional elevators back in service!” In his previous note, he told residents that three consistently operational elevators could take three months work to ensure.

Whatever the future status of elevator of 59 East Liberty, Mr. Dong hopes the enhanced regulations will someday forestall elevator problems that last for months on end. “We spend billions of dollars to build public transit infrastructure, but when it comes to elevator part of the commuting home there had never been legislation brought forward to regulate elevator availability in our buildings,” he says. 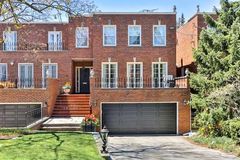 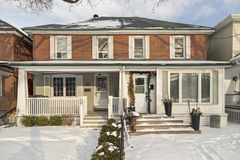 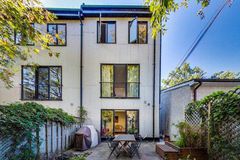