Almost a decade after Toronto Community Housing Corp. announced that the Daniels Corp. would be its developer partner for “all future phases” of the Regent Park revitalization, the agency’s management has told residents and the building industry that it plans instead to tender the remaining two phases of the $1.1-billion project.

Rumours about Daniels’ future role have swirled in Regent Park for months, but the agency only formally revealed the move at a board meeting last month.

According to TCHC officials, the decision to issue a request for proposals for the remaining phases – which encompasses a six-hectare swath of land along Gerrard Street between Parliament and River streets – doesn’t mark a change in direction. “As a public agency, we want to make sure we have an open, fair and transparent procurement process,” said Vincent Tong, TCHC’s chief development officer, adding that the agency’s other revitalization projects have also been put out to tender.

Since embarking on the Regent Park project in the mid-2000s, TCHC has established numerous partnerships with developers on several sites, including Tridel, DiamondCorp, Fram, Context and Metropia. Several, such as Alexandria Park and Lawrence Heights, are large, multiphase projects, although none appear to have involved mid-stream changes in the development partners. Mr. Tong says the new Regent Park Request for Proposal will be released by mid-2018, with a decision in early 2019.

With this latest twist at Regent Park, community residents and advocates say that TCHC made no attempt to consult them before this course correction. Some fear that the lack of transparency hints at a new approach to a highly complicated process that involves replacing aging public housing structures with a denser mix of subsidized and market units, as well as a range of community spaces.

“Definitely it’s a concern,” says Sureya Ibrahim, a long-time Regent Park resident and a member of the Regent Park Neighbourhood Association. “The shift was a shock. It’s kind of a tornado.”

Daniels declined to be interview for this story, but released a statement. “Daniels would very much like to continue the momentum of our collaborative and successful partnership with TCHC and the residents of Regent Park through to the completion of the revitalization building on our strong work of over 12 years,” vice-president Martin Blake said. “This public/private partnership is looked at around the world as the gold standard by which a challenged inner city neighbourhood can be transformed into a thriving, sustainable mixed income community.”

The original idea behind Regent Park was for city council to up-zone the area and then allow TCHC to use the proceeds of private development to finance the reconstruction of derelict rent-geared-to-income (RGI) buildings. But the math hasn’t work as hoped: the public units have become more expensive to build, due to factors such as building code changes, which has led to both funding shortfalls and pressure to boost the sale of market units for the 28-hectare site.

According to a February, 2017 TCHC memo to city staff obtained by The Globe and Mail, the original 2003 plan called for 2,083 social housing apartments and about 2,500 market units. The cost to TCHC was estimated to be about $455-million, to be offset by revenues of more than $400-million.

Almost 15 years later, with the revitalization about half complete, the project cost is now projected to exceed $1-billion, with a $200-million revenue shortfall, despite the fact that the portfolio of built and planned market units has more than doubled, to 5,400. TCHC also moved in recent years to limit its exposure to market risk by selling a piece of the property to Daniels as part of Phase 3. Meanwhile, the city accelerated the completion of public spaces, at least in part to help attract buyers. (As a 2017 city staff report notes, “delays in timing of sales of market housing resulted in delays in the social housing redevelopment.”)

Mr. Tong says the remaining two phases, which will include townhouses, mid-rises and high-rises, will include 564 RGI apartments, about 1,355 market units and some retail on Gerrard, but no additional community amenities. The planning will be guided by a secondary plan and rezoning approved by council in 2014.

As for Daniels’ status, TCHC during the early months of Rob Ford’s tenure as mayor – a period of sustained political and pundit attacks on senior TCHC officials – withdrew the company’s right of first refusal for the final two phases. As Mr. Blake’s statement notes, “Following the 2010 municipal election, TCHC changed course on the long-term public/private partnership, negotiating a new agreement that limited Daniels’ participation in the revitalization to phases one, two and three.”

Daniels, which has partnered with the city’s affordable housing office to reduce the cost of mortgages to qualified Regent Park residents and first-time buyers, will be allowed to submit bids for phases four and five, and will presumably have more insight into the dynamics of the project than other bidders.

Ms. Ibrahim says she hopes Daniels will put its name forward, but questions the need to change horses at this point, given the company’s understanding of the community and its requirements. “Why do we have to go through all this process?”

In particular, she points to the legacy of Regent Park’s original phased development in the 1950s and 1960s. As former residents knew, the entire complex consisted two very distinct north and south quadrants, with distinct built forms that produced, over the decades, sharp social divisions and corrosive rivalries.

“We don’t want to have two communities,” Ms. Ibrahim says. 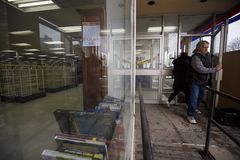 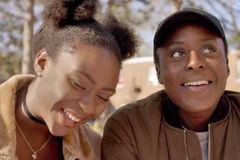 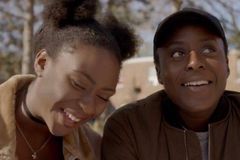