On the front lines of Toronto’s cooling condominium apartment market, agents are contending with selling and leasing conditions that are upside-down compared with just a few months ago.

Investor-owned condos seem particularly vulnerable to the shifts in the rental market, which has been softened by factors including the arrival of thousands of newly completed condos and a decline in immigration and student tenants. And now there are signs the tenant shortage has sent a price signal to the resale market, too.

“We are getting two, three calls per day [from tenants] to renegotiate,” says Sundeep Bahl of UrbanCondo, a company that helps investor clients purchase presale condominiums and then manages the units for them once construction is complete. Mr. Bahl says he has 72 listings currently active on the Multiple Listing Service and has three associates working with him to handle the increased turnover. “There’s no new tenants; we’re just recycling them from one unit to another. Some are taking advantage of the situation, to be honest with you. They see the unit down the hallway that’s $300 cheaper and they say ‘I’m leaving.'"

Mr. Bahl says UrbanCondo has close to 600 units under management. Some owners have one or two condos in their portfolio, some have many more.

Sometimes his clients want to call the tenants' bluff and list the unit for sale or for lease and see which offer gets taken up first. But lately, what happens instead is the landlord ends up with neither a sale nor a tenant.

“There’s the risk of losing the tenant and the property not selling ... [and] I can’t find you another tenant. We used to have 10-12 units up for lease [at a given time], now it’s 80 units,” he says. “I’ll put a unit for sale in one building and [get] not a single showing on some of these properties.”

Scott Ingram, an accountant and realtor with Regal Realty Century 21, tracks historical sales data in Toronto. He says that in 2019, word got out quickly when a condo came up for sale and he’d field numerous calls. Now, it’s him doing the calling. “There’s a lot of calling agents pro-actively ... I didn’t use to have to. You really have to work to bring people to table,” he says.

In January, active listings Toronto sat at just more than 1,300 units, the lowest inventory in about a decade. Starting in June and July, listings soared well above the average, reaching almost 5,000 by August. In September, it’s now more than 6,000.

At the same time, buying activity has stayed relatively constant. Mr. Ingram says the number of units sold conditionally has averaged at about 382 a week for the past 14 weeks, which is higher than the 371-a-week average the Toronto market averaged between 2018 and 2019.

The sudden bountiful supply is also putting pressure on prices.

“Despite a partial rebound from the spring, sales are down 14 per cent year to date and have fallen to their lowest level since 2013,” says Shaun Hildebrand, president of real estate analysis firm Urbanation Inc. In August, Toronto resale condo prices were down 11 per cent from their March high.

Many downtown condo buildings have witnessed price declines compared with the pre-COVID-19 market amid surging listings. At the 1,343-unit Ice Condos across from the Scotiabank Arena – buildings well known to have a high rate of Airbnb use – there are currently 43 units available for sale and 126 up for lease. Where a one-bedroom, 500-square-foot apartment sold in January for $632,000, two units of similar size and amenities sold at $559,000 and $599,000 between July and September.

“It looks to me that prices are going to start showing annual declines by October or November given the current state of the market,” Mr. Hildebrand says. “But keep in mind the current average is nearly $750,000 and has grown by 67 per cent over the past five years.”

That history of price growth explains, in part, the whiplash some owners are feeling. “You have to remember the market was absolutely nuts right before the pandemic. In January/February, everything was going way over asking, 10 offers were common,” says Andrew La Fleur, an agent with Re/Max Condos Plus Corp. Brokerage who specializes in condos for investors. Mr. La Fleur said he’s seen the steepest price correction among units more than $800,000. “Prices were up in [February] in some cases $100,000 from October, 2019. So it’s been a dramatic turnaround to say the least.”

Mr. Bahl says he thinks it could take 18 months to two years for some of his clients' investments to recover, even if rents have fallen to essentially 2017 levels and rent controls make them difficult to escalate quickly. But it may also just be a small setback for a class of investors who have had a good run so far.

“People have been playing this game, they’ve seen unprecedented growth for the last 10-15 years. Until recently it was a no brainer: You were bound to make money,” Mr. Bahl says. 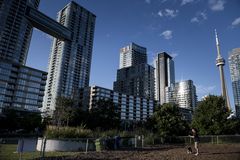 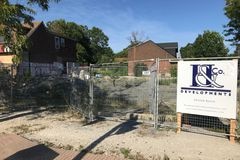