“I don’t think anything is selling – I haven’t seen a sold sign for a half a year, at least,” says artist Doug Coupland, on the phone from London, to talk about his friendship with fellow West Vancouver artist Gordon Smith.

“Here we are, two Vancouverites talking about real estate,” he points out, laughing.

As he observed in his 2009 book City of Glass, real estate is Vancouver’s favourite sport, way ahead of skiing and sailing. But Vancouver has transformed since 2009.

“What is sad is a lot of young creatives are leaving, because it’s too darn expensive,” Mr. Coupland says. “There is a real exodus, especially people with children. The whole thing has intellectually sterilized the city, the last three years. I don’t know how long it’s going to take to recover, if ever.”

We are certainly worlds away from the days when West Vancouver was a creative enclave, where some of the West Coast’s biggest names would go to make art and design homes, for themselves or their friends.

Mr. Smith lives in an Arthur Erickson-designed house built in 1966, and Mr. Coupland resides about a mile away, in a 1960 Ron Thom house. The artists, who’ve been close friends for at least a quarter-century, have collaborated on the art works for British developer Grosvenor’s two-phase, 98-unit Ambleside project. Mr. Smith was commissioned to create two pieces for the lobby as well as prints for each of the residents, while Mr. Coupland was commissioned to create public art sculptures, the first two of which were erected this month.

It’s been a lengthy process, starting with the developer doing a land assembly back in 2004. The artists were brought on board about six years ago, and Mr. Coupland’s final work, which began as a big chunk of wood that sat on Mr. Smith’s deck for 30 years, won’t be installed until Phase 2 is complete in a couple of years.

The city of West Vancouver didn’t require the artwork as part of a public art program. Grosvenor chose to include pieces by the two famous West Vancouver artists in order to appeal to local buyers.

“Gordon Smith and Doug Coupland are world-renowned, successful artists in their own right, and the fact they are locals in West Vancouver played a massive part in [the decision],” says Grosvenor vice-president of development Marc Josephson. “It allowed us to create a development that was locally-inspired, and the end result is that most of the purchasers are from the nearby area.”

Mr. Coupland’s works were inspired by a beach-combing trip the two men took about 14 years ago, when they sailed to a remote beach on Haida Gwaii and discovered hundreds of floats and plastic debris washed up from the Boxing Day tsunami of 2004.

The trip inspired Mr. Coupland’s Ambleside sculptures. It also acted as the first glimmer of inspiration for his current Vortex installation on exhibit at the Vancouver Aquarium, which refers to a massive floating landfill that exists in the Pacific Ocean. Mr. Coupland has travelled many times to the Haida Gwaii. But that day with Mr. Smith, he says, was one of his best days ever.

“We wanted to go beach-combing, and Gordon wanted to go sketching. So we hired a boat, got a Zodiac and brought supplies. I honestly don’t think anyone had ever been on that beach. It was fairly hard to get to… and there were thousands of floats that I thought were treasure at the time, but also these other plastics that are at the aquarium right now. It was a wonderful day, but then again there is a lot of ecological sensitizing that happened the same day, too. So it sowed seeds for things that came down the road.

“I think Gordon said it reminded him of landing on the beach in Italy in World War Two. You don’t get days like that too often. So you know when it happens… it’s like magic.”

Mr. Smith, who is 99 and still paints every day, is working on his own upcoming show.

He is surrounded by books on works by artists that he’s long admired, as well as those who are newly emerging. On a table is a large photograph from his time as a junior officer in the war, taken just after he’d been shot. He lies on the ground, his arm shielding his face, another soldier lying nearby.

Mr. Smith rolls up his pant leg and shows me the scar where the bullet shattered his knee.

The original studio space in his Erickson house is now office and personal gallery. He displays some of the many gifts he’s received from Mr. Coupland over the years: floats from that day on the beach; chunks of colourful glass from a marble factory in Indiana; and large empty envelopes that Mr. Coupland has mailed to him, that Mr. Smith has framed and hung on his walls.

“He’s a very fun person,” Mr. Coupland says of his friend. “I can go travelling and I always find something to bring back that Gordon might find interesting. I sent him a box with one big tumbleweed inside it about 15 years ago. We enjoy the material world … and the potential in things is part of it, too.”

Seated in his wheelchair at his home, his shoes covered in paint, Mr. Smith mused recently on the years he’s lived in West Vancouver, since he returned from the war, in 1944, with Mr. Erickson, who died in 2009. He and Mr. Erickson were friends with fellow artists, Lawren Harris and Jack Shadbolt. Mr. Smith’s wife, Marion, who was also an artist, died several years ago at the age of 90.

“I think Bert Binning was the one who started it,” he says of the artist community’s attraction to the north shore. “He encouraged me to get this bit of property. The house was $35,000 to build it. The land is worth millions now, because it goes all the way back to the road.

“A lot of them went to Lynn Valley, Ron Thom, and the Bobaks [artists Molly and Bruno]. And Bert Binning lived in West Vancouver. Doug Coupland is a friend of mine, and he lives near me here. I see him quite a bit.”

Twenty years ago, he had a bigger studio built across the courtyard, where he spends countless hours each day. The 1,600 square foot house itself is considered one of Mr. Erickson’s finest.

“It’s small and exceptional, which what I like,” says Andy Sylvester, owner of Equinox Gallery and long-time representative of Mr. Smith’s work.

It was only fitting that Mr. Coupland would write the foreword to the book about the house that was released in May, called Smith House. It’s the seventh in an eight-book series by UBC’s School of Architecture and Landscape Architecture (SALA), sold on Amazon and at Inform Interiors.

Each of the lovely small books, written by different authors and all photographed by Stockholm’s Michael Perimutter, features a significant West Coast Modern house built between 1940 and 1980, says co-editor and SALA professor Leslie Van Duzer.

“As these houses are endangered by escalating land values, we set out to record our legacy before it vanishes,” she writes in an e-mail. “We hope the exposure created by the series will help save some of the residences, but we know that books, as Victor Hugo warned us, are more durable than buildings.”

In the foreword, Mr. Coupland tells an amusing anecdote about the sea otters that ate all the expensive koi fish in Mr. Smith’s pond.

He also expresses dread that, being Vancouver, the Smith House could one day be bulldozed to make way for “something grotesque,” where anywhere else it would be a UNESCO World Heritage Site.

The houses represent the values of a time, instead of values per square foot, which is what a new house has most often become.

Mr. Coupland writes that the Smith House is a place of “humility, elegance, the creation of beauty and the celebration of nature.”

“The glazing on the windows – that was a metaphor for social transparency,” Mr. Coupland says. “As well, bringing the outside inside, and the inside outside, and getting rid of the membrane between the two.”

He doesn’t hold out hope that his own house will survive, down the road, when he’s done with it. Many of the little West Coast Modern masterpieces in West Vancouver have already been torn down, and what’s left is precious and few.

“I think mostly they’re gone. They’re long gone,” he says. “I do know that there is no way to protect a building in Vancouver … I don’t know where the political will would come from for that sort of thing.”

Vancouver is, he says, in summary, “sui generis.”

Translation: “Of its own kind.” 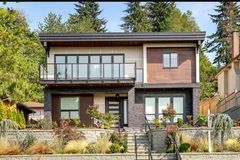 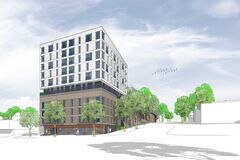 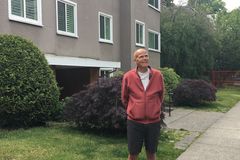