I once drove five hours through pouring rain to spend two nights at the Louis Penfield House outside of Cleveland. A few years after that, I took a six-hour detour on the way back from Wildwood, N.J., so I could tour Fallingwater.

That’s the thing about Frank Lloyd Wright fans: visits to the master architect’s work are akin to pilgrimages – and no trip is too long or tiring, if it means gaining more understanding. Just ask Buffalo, about the dramatic uptick in tourism since bringing the Darwin Martin House Complex back to life.

So it’s curious that the Town of Banff, Alta., which sits nestled between Mt. Rundle and Mt. Cascade in Alberta’s Rocky Mountains, continues to place roadblocks in front of the endeavour to rebuild Wright’s Park Shelter. Built in 1914 with Ottawa-based Francis Conroy Sullivan and demolished 1939 due to flood damage, it is an almost-200-foot long, Prairie style, multipurpose structure. It is also one of only two buildings designed by Wright on Canadian soil (the other, still-standing, is a private cottage on Sapper Island near Sault Ste. Marie, Ont.).

To be clear, the roadblocks are those perceived by American filmmaker Michael Miner, CEO of the Frank Lloyd Wright Revival Initiative. He began working with town officials five years ago and – after hiring a team of seven Toronto-based Ryerson University professors, who have produced detailed renderings and research – had expected to see shovels in the ground by this year.

But the project stalled when the town asked Mr. Miner’s team to produce expensive engineering drawings.

“I promised to build a building. I didn’t promise to prove it can be built and spend a lot of time convincing the politicians, which I thought would bend over backwards,” Mr. Miner said during our Zoom call.

“That was kind of too much. We’ve never gotten any official agreement, no signed document, that the building will [go ahead] provided we fulfill the terms of reference.”

Over his shoulder, I can spot the rectangular clerestory windows of the Pappas House – a 1955-designed Usonian home (built in the early-1960s after Wright’s death) in suburban St. Louis – which Mr. Miner purchased in early 2020. After pledging to rebuild lost Wright works, with the Banff Pavilion being the first on the docket, his initiative has since expanded its scope and now helps owners of existing Wright buildings with restoration and/or heritage designation.

Gifted with a Bruce Pfeiffer coffee table book on Wright’s work by a girlfriend’s grandmother in the 1990s, he embarked on a three-year long road trip that, between landmarks such as Mt. Rushmore or the site of Custer’s Last Stand, slotted in Wright buildings “in the middle of nowhere.” Years later, remembering that the accompanying gift shops didn’t offer much in way of documentary films, Mr. Miner began work on his first, Sacred Spaces (2005), which featured Wright-designed churches. Other films followed and, eventually, the desire to become pro-active.

Ryerson professor Yew-Thong Leong, head of the Banff reconstruction team, has also loved Wright for a long time. First exposed to the master’s work in his teens, his fascination flowered fully while studying at Ryerson and New York’s Pratt Institute in the 1980s.

“His work is unique so it’s hard not to pay attention,” Mr. Leong said during our Zoom chat. “It wasn’t just a profession [for him], it was very much a lifestyle.”

Since winning the bid to recreate the pavilion in August, 2017, Mr. Leong’s lifestyle has changed a great deal.

Assembling a team of historians and building scientists, the Ryerson team has done everything from a walkabout of the proposed site (due to an existing skate park, it’s 50 metres southwest of the original, but would still capture the same day-lighting and views) to an examination of ancient Japanese wood-joinery techniques because photographs of the trusses don’t seem to display North American methods.

The professors also produced a 3-D model of the whole building and, incredibly, a computer-mapping of each visible fieldstone as seen in vintage photographs. Called photogrammetry, this would allow the team to not only recreate what’s visible on the building’s interior columns and fireplaces, but also what isn’t.

“We actually wrote a sequence, in software, and that replicates the [stonemason’s] apprentice picking out all the stones and stacking them,” Mr. Leong explained. “If we don’t have pictures of the other side [of the columns], we can at least find a pattern that the stonemason would have used in his head.”

And since the recreated building would sit on the same Bow River floodplain that doomed it in the first place, the Ryerson team has also come up with suggestions on how to avoid water damage in future. They range from the simple act of placing the structure on an elevated mound to the fantastical idea of raising the building on hydraulic stilts, something caretakers of Ludwig Mies van der Rohe’s Farnsworth House in Illinois have also considered.

While the years-long stall has caused Mr. Miner to move onto other projects, Mr. Leong has continued the research in order to present it at a Ryerson gallery show in January, 2022. The exhibit will feature the team’s drawings that stop short of full construction documents, virtual reality walk-throughs and an audio booth so gallery-goers can experience the pavilion aurally (yes, Wright fans crave that level of detail).

“If it’s not going to get built, we might as well take the resources and turn it into an exhibition,” Mr. Leong said, “[and] eventually, hopefully, a travelling exhibition that we can send around the world.”

Which begs the question: if the Town of Banff were willing to bend on requirements, will the master’s only publicly accessible building in Canada rise again? Would Mr. Miner come back to the table?

“I guess I probably would since that was our original mandate,” Mr. Miner said. (The Bow Valley Crag & Canyon also recently published a Letter to the Editor from him calling for the project to be fully greenlit.)

What’s not complicated is this: an opportunity like this may not come around again. Build it, and they will come. 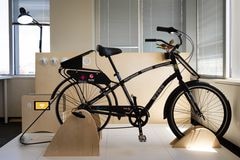 A mid-century modern home for six, plus a special automobile
Subscriber content
July 6, 2021 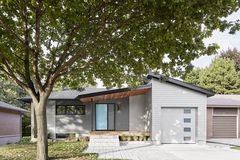 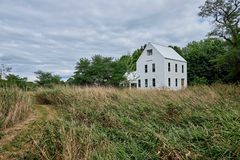