As Peter Morrison stared down retirement in 2014, he and his wife decided to downsize from their 4,500-square-foot detached house in the suburbs, to a 1,400-square-foot, apartment-style condo in downtown Edmonton.

“We figured that we would change our lifestyle a little bit,” Mr. Morrison said. “Moving from a house is not a big deal for us.”

But according to new research, the couple’s decision and their attitude toward the city makes them an outlier for their age group in Alberta.

The study, by Royal LePage, asked 1,000 Baby Boomers across Canada this past July about their plans to downsize from the homes they have raised families in and transition to housing for the first stages of their retirement.

The study found significant regional differences in attitudes, with the hotter markets of Ontario and British Columbia at odds with the softer market in Alberta.

In general, Albertan respondents told researchers they want to renovate and stay in their current homes over the next five years rather than downsize – and many noted they are still waiting for their children to leave. (Royal LePage calls these children, somewhat cheekily, ‘Peak Millennials.’)

But while this puts Albertans more or less in line with others of their generation (aged between 54 and 72) in the rest of Canada, they differed in that they told researchers they plan to own their next property rather than rent it, with 94 per cent noting they believe real estate remains a good investment.

John Hripko, a Royal LePage agent in Calgary, said the intention to carry ownership into the next phase of life makes Albertan Boomers unique.

“I don’t know why, specifically, but Albertans have a far stronger belief in the strength of real estate,” Mr. Hripko said. “I think Alberta, in general, has a higher income for the population than other provinces.”

Mr. Hripko said that Albertans' healthier incomes, deeper savings and the region’s relatively affordable housing market means the elder generation, unlike in other urban areas in Canada, are planning to buy single-detached or semi-detached housing for their next step in life, rather than choosing to buy smaller multiunit housing, such as apartment-style condos, or to rent apartments.

In Edmonton, Pat Fedor wanted nothing to do with multifamily housing as she contemplated her future living arrangements.

In 2016, Ms. Fedor and her husband, Wayne, decided they would sell their detached house in the Edmonton suburb of Mill Woods. They had raised their three children there, but now they were gone.

But as the couple looked for housing, they struggled to find the housing form that they were looking for.

Ms. Fedor, who’s 65 and still working as a registered nurse, said it was important the couple live in the suburbs to keep away from the bustle of urban life and to remain in a house with front access to the street and a vehicle that they have grown accustomed to, rather than a multiunit condo or apartment.

“We thought we’d like a duplex,” she said. “We were in a larger, two-storey home with a corner lot and I was having knee issues – I couldn’t handle stairs. [But] we couldn’t find anything we liked or felt comfortable in.”

When the couple finally found a seniors-targeted development in the new suburb of Cameron Heights, which features duplexes offered as condominiums and includes a central gathering space for socializing, Ms. Fedor said they bought within days.

“I don’t think we would have considered renting,” she said. “This is a condo unit, so that was our only hesitation – not knowing what a condo was like, as we are kind of still learning about that. Having ownership was important to us. We’ve been homeowners for so many years. We didn’t even consider the other option.”

Ms. Fedor also said that she and Wayne wanted to be able to walk to their vehicle to access things and do not crave a more downtown-type lifestyle.

The inverse was true for Mr. Morrison. He and his wife, Kate, sought out a change as they downsized, shifting from their former suburban, car-focused lives.

“Maybe we’re an anomaly,” he said. “We thought, ‘Well, let’s move downtown so we can walk to grocery stores, to restaurants and hair stylists.’ The reason we bought a condo is we wanted to do some travel and we wanted to be able to close the door and take off.”

That may mean another lifestyle change is in store. “If they have children, we may say, ‘Jeez, we have to find a bigger condominium,’” he said. 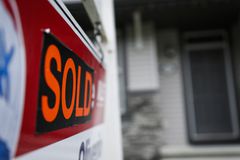 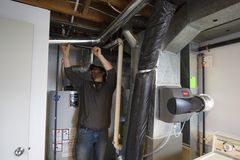