For homeowners, a property capable of generating some rental income can be an enticing feature when it comes time to list for sale. But as more people have turned to short-term rental services such as Airbnb to generate that income, they may not be aware that there are potential downsides to that association for all parties involved.

As Toronto’s housing costs have cruised ever-upward over the past 20 years, more and more homeowners have turned to spare rooms, secondary suites and basement apartments to generate rental income from properties they own. While traditional long-term rental income is well understood by lenders, they are still far more leery of short-term operations.

“There are many lenders who reject mortgaging Airbnb rentals altogether: MCAP, First National, several banks we deal with are not interested in considering any rentals where there is Airbnb income,” said Ron Butler, a mortgage broker in Toronto, who says underwriting departments see Airbnb income as risky. “What happens if the municipal jurisdictions legislate a stop to it, or more likely, the city insists on different property tax because it’s really a commercial endeavour, or tax it like a hotel? Or the condo boards outlaw it in the building?”

Airbnb touts its service as a way for middle-class homeowners to put a few extra bucks in their pockets by renting out a spare room, but researchers critical of the company’s negative impact on the affordability of local housing markets have argued that the majority of the company’s profits are made by enabling commercial-scale operators of “ghost hotels.” Studies by McGill University professor David Wachsmuth have found that even though less than 1 per cent of Toronto homes are rented out on Airbnb, they are often concentrated in areas such as the waterfront, where more than 5 per cent of all homes are rented short-term.

How small Canadian towns are grappling with Airbnb’s explosive growth

To limit Airbnb’s ghost-hotel hosts, the City of Toronto passed bylaws in 2017 and 2018 that would make an Airbnb operator get a licence from the city, restrict the number of nights a listing can rent (180 days), restrict all listings to the operator’s principal residence (no second, third or fourth properties for rent). The regulations also ban renting out basement apartments (often the most affordable segment of the long-term rental market). The rules have been appealed to Ontario’s Local Planning Appeal Tribunal, and are not yet in force. Such activists as the Fairbnb coalition say they believe a majority of the city’s approximately 9,500 Airbnb listings would be in violation of the new rules, and estimate more than 6,000 apartments could be available for long-term rental if the rules take effect as written.

Another complication for sellers and buyers hoping to make money with Airbnb is that when a typical residential property with rental income attached is purchased with a mortgage, most lenders will include a special contract in the loan referred to as an “assignment of rents” agreement. What the bank or lender is after is some protection for its investment – in the event that the mortgage borrower stops making payments, the rents paid by the tenant will be forwarded directly to the banks.

Often times, those agreements include requirements to notify the bank if anything about that rental stream changes, such as if a tenant leaves or if you re-occupy the rental unit for personal use. Turning a long-term rental into an Airbnb would likely violate those conditions, because there’s no longer a guaranteed rent coming in.

In those instances, “The assignment of rents clause is inoperative, or unenforceable,” Mr. Butler said. “I would suspect that fully, a third of [Airbnb units] are non-disclosed to a lender. The reality is the bank will never know, until and unless the person wants to do another mortgage transaction.” If a bank is looking, it could be easy to google an address to see if there’s an Airbnb listing connected, or to demand proof of a lease or rental receipts.

What happens next could vary: “Depending on the bank, they might say: ‘Well, we’re not going to give you a refinance and you’re lucky we don’t call your mortgage,' ” Mr. Butler said.

Perhaps that helps explain that while there are thousands of rooms for rent on Airbnb in the Greater Toronto Area, there are fewer than a dozen active listings (out of close to 6,000) on the Toronto Real Estate Board’s multiple listing service that even mention Airbnb, let alone confirm a house for sale engages the service.

One such outlier is 262 Dunn Ave. in Parkdale, listed by Jenna Pearce, sales representative with Blue Elephant Realty Brokerage and The Real Estate House sales team, which describes it as “3 storey legal Victorian duplex. Short term/long term rentals, or live in both.” The asking price is $1.529-million.

"My sellers were very open about it, they wanted people to know they are making great income during the summer, they thought that might be more of an incentive,” Ms. Pearce said.

One more potential pitfall for realtors is the legal status of an Airbnb unit. In the past decade, Ontario’s real estate industry regulator has sanctioned agents who advertised things such as rental income associated with illegal basement apartments. Airbnbs exist in a legal grey-zone in Toronto for now, but should that change realtors would be required to take notice.

“A key requirement for all advertising is that it must be truthful. In particular, advertising cannot be false, misleading or deceptive. Brokers and salespeople can market the potential income a property could generate, as long as it meets these requirements,” said Joseph Richer, Registrar of the Real Estate Council of Ontario. “It would not be acceptable to market a property’s potential income from short-term accommodation rentals if such a use were prohibited by law.” 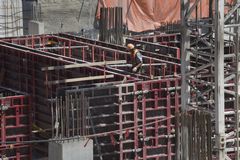 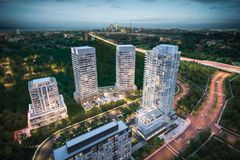 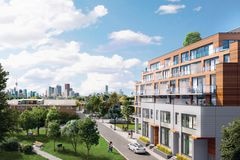