The last slaughterhouse in downtown Toronto stopped killing pigs in 2014, but a mixed-use condominium proposal for the former Quality Meat Packers Ltd. facility could provide a front-row view of how the sausage gets made in Hogtown’s most grinding and never-ending argument: How tall is too tall and what is appropriate for this neighbourhood?

Quality Meat Packers occupied a triangle of land at 2 Tecumseth Ave. just to the west of Bathurst Avenue and snugged up against the rail corridor, which puts it just outside the City of Toronto’s new Downtown Core plan boundary. TAS DesignBuild submitted an application to the city earlier this year to turn the site into a six-building mixed residential and commercial development. The plan includes a 38-storey tower, a 15 storey mid-rise building, as well as an 11-storey office and retail building (to replace the employment capacity lost by removing the abattoir and factory floor). All told, it offers 651 condo units.

The city didn’t jump at the original plan. “It is the opinion of the city planning division that the application in its current form is not consistent with the council-approved South Niagara planning strategy and not supportable,” the planning department said in report completed in February.

“It’s quite a bit out of scale for what’s around,” local councillor Mike Layton said. “They came in with a rezoning that was almost twice as much as we had changed the secondary plan to. It hasn’t been quite opposed yet: the city sent back comments that are saying ‘here are some changes we’d like to see made to the project.’ ”

In this case it appears TAS is literally on the wrong side of the tracks: On Ordnance Street, across the rail line just south and west of the TAS site, developer Bentall Kennedy is currently constructing two 30-storey towers, with another 39-storey tower to come. And even though a long-sought pedestrian bridge over the tracks, now called Garrison Crossing, is finally under construction to connect the neighbourhoods around Fort York and the Ordnance triangle to the Niagara neighbourhood via an extension of Stanley Park, Mr. Layton said those towers shouldn’t be considered part of the local context. “It’s more consistent with what’s in Liberty Village than what’s in the Niagara neighbourhood, which is what’s north of the tracks,” he said.

On a helicopter tour of some of his Toronto projects this spring, Mazyar Mortazavi, principal of TAS, suggested that this birds-eye view provided a sense of perspective on Toronto’s constant debates about low-rise versus high-rise buildings.

“One of the big challenges we have – a uniquely Toronto challenge – is we have barely any transitions between our high density and our low density,” Mr. Mortazavi said. Unlike European cities that can have block after block of six- to eight-storey buildings, in Toronto it’s often 15 storeys right next to two- or three-storey buildings.

In a helicopter more than 900 metres in the air, it’s easy to see the city as a vast swath of low-rise housing that abruptly slams into cliffs of towers.

The area just north of 2 Tecumseth is a small sandwich of low-rise housing just west of a booming core and while Mr. Layton emphasized that mid-rise – something smaller than 15 floors – is the right building scale for that neighbourhood, Mr. Mortazavi warns that the built-form can dictate other constraints.

“It’s not a conversation about towers good, towers bad: Mid-rise is the most expensive construction typology and it delivers effectively luxury housing, so it doesn’t respond to the needs of affordability,” he said. “We didn’t buy Tecumseth to build a bunch of condos and move on. We bought it because we wanted to pursue a vision around city building. You need density … the question is how do we actually deliver density that’s relevant today and relevant 50 years from now?”

Another complication, or potential opportunity, for the slaughterhouse plan is that directly next-door is the long-vacant former municipal incinerator with the ominous name The Wellington Destructor. According to Mr. Layton the city is preparing within the next few months to create a request for proposal for a private-sector redevelopment of that site into some kind of new commercial campus along the lines of Wychwood Barns or the Distillery District.

“The notion is that will become a kind of community hub with some economic development activity in it. What exactly, we’re not sure,” said Mr. Layton, who thinks that one of the natural bidders for such a redevelopment might be TAS, which might be able to incorporate it into its plans for the former slaughterhouse.

“I have a lot of respect for TAS despite the fact we might not see eye to eye on this development at current. I’m confident we can find some common ground,” he said, but he’s not assuming it will be the best partner to combine the slaughterhouse and former incinerator into a master campus. “There are a lot of other really interesting thinkers in our city that might come up with something else.”

Elevators a let-down for Toronto condo dwellers
May 23, 2018 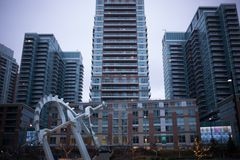 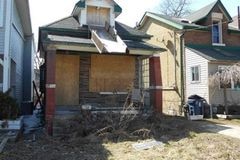 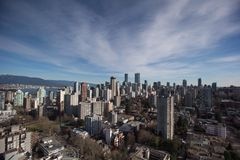