Every five years, David Gordon and his team of researchers crunch the most recently available numbers to track urban sprawl and other trends in Canada’s major cities. These days, the urban development professor at Queen’s University in Kingston is analyzing the 2016 Statistics Canada figures and assessing how the picture – literally – has changed since the last batch of census tract information, for 2006 and 2011.

Using Statscan data, Google Earth and Google Street View, he’s able to graphically show – via aerial and ground-level images – how “the bleeding edge” of suburbanization continues to spill over the boundary lines marking where the rural spaces begin, in this particular case in the Montreal region.

So far, he’s seeing continued vigorous population growth and building activity in territory that stretches farther and farther out from the Island of Montreal, beyond long-established suburbs such as Laval and Longueuil.

“It’s kind of shocking the amount of housing,” Mr. Gordon said in a Skype interview, pointing to the huge subdivisions in Mirabel, 40 kilometres north of Montreal. “Just look at this: There’s just tons and tons of unserviced housing.”

In the 10 years up to 2016, the on-island population growth rate was 4.7 per cent, compared with 21.1 per cent off-island, Mr. Gordon’s analysis indicates.

But while there are encouraging signs urban planners and policy makers’ efforts to promote densification and population growth in the core urban spaces are bearing fruit, “almost all of the growth off-island is in auto suburbs and exurban areas,” he said.

“For all the new condos that are built in the centre of Montreal, it’s nine times as much being built in areas like this – way out.”

Urban sprawl, of course, continues to spread in other cities, notably Toronto, Vancouver, Calgary and Ottawa. But the Montreal region has over the past decade-and-a-half experienced particularly intense growth in so-called exurbia, the region bordering the farthest suburbs.

Indeed, some of the older communities on the West Island of Montreal have been losing residents, while distant suburbs on the city’s North and South Shores see their populations grow dramatically.

Mirabel’s population grew by 20 per cent between 2011 and 2016; meanwhile, the West Island suburb of Kirkland experienced a loss of 5.2 per cent in the same period, the second-biggest decline in the country.

While the City of Montreal, under the new left-of-centre government of Mayor Valérie Plante, is enacting various measures to get more people to move back into the city, there are huge challenges for the larger Montreal region in managing, controlling and shaping urban sprawl so as to minimize negative outcomes such as car dependency, environmental degradation, loss of farmlands and higher infrastructure costs.

“There are very little measures being taken at the various levels of government,” said Jochen Jaeger, associate professor at Concordia University’s department of geography, planning and environment.

Municipal authorities rely on land development to maintain and increase their tax base, while the regional government – the Communauté métropolitaine de Montréal (CMM) – just doesn’t have sufficient power to limit sprawl, said Mr. Jaeger, who has extensively studied the subject.

With better regionwide co-ordination of urban planning in mind, the Quebec government created the CMM in 2000. Twelve years later, the CMM – representing 82 municipalities in the Greater Montreal region – put in place a land-use planning and development program (PMAD). Among the measures to mitigate the impact of sprawl is a project to assist communities in the creation of transit-oriented development (TOD) sectors.

PMAD’s goal is to ensure that by 2031, 40 per cent of new housing is located in 155 TOD hubs. To date, there are 11 TOD pilot projects, says Nicolas Froger, an urban planning expert at the CMM.

“So far, we’re on target in terms of what we’ve already planned for. The REM [the Greater Montreal light-rail system being built] will no doubt allow us to increase the number of targeted areas,” he said. Having light-rail transit running through suburban communities should help accelerate and encourage the establishment of TOD hubs, he says.

Claude Marois, a geography professor at the University of Montreal, says there is a growing receptivity in suburban and exurban municipalities surrounding Montreal to such concepts as the densification of existing low-density areas instead of spreading development out further into agricultural zones.

The transfer of job-creating industrial and commercial activities from the city to the suburbs is also proceeding apace, he said. These are not just bedroom suburbs any more.

“The city is less and less able to retain older enterprises. There isn’t enough land to expand and it’s too expensive,” he said, pointing to the recent announcement by North American brewer Molson Coors Brewing Co. that it plans move its historic, 230-year-old operations on the Island of Montreal to the South Shore.

Laval, on Montreal’s North Shore, has become a thriving city in its own right, boasting a satellite campus of the University of Montreal, a lively theatre and arts scene and a commercial hub around Montmorency station, an 11-year-old extension of the Montreal Metro’s Orange Line, Mr. Marois said.

But the progress being made in curbing or managing urban sprawl in the Montreal region still represents only baby steps, according to urban planning expert Gérard Beaudet. “The latest data from Statistics Canada’s most recent census (2016) show that urban sprawl continues in the Montreal metropolitan region, that it is unfolding outside the CMM territory and that it is now also being fed by the oldest postwar suburbs, notably Laval,” he wrote in an article last year for the Institute for Research on Public Policy.

The move back into the city by many young families and professionals is indeed an encouraging trend, but migration ever further out to the suburbs in the Montreal region continues on a massive scale, he said.

The tendency to sprawl remains strong and finding innovative ways to counter it is a key challenge, Mr. Beaudet said. 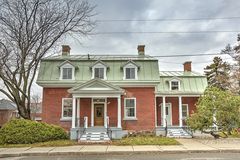 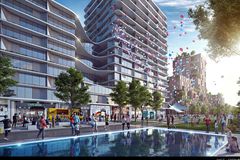 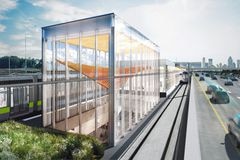