There’s an old house in Fort Severn, Ont., that has sat abandoned for decades. The windows of the single-storey building are long gone, but the weathered silver tamarack siding is a reminder of how homes were once built with locally available materials in Ontario’s most northern community.

These days, customized housing kits of vinyl siding and asphalt shingles are shipped hundreds of kilometres on a flatbed truck by winter road to the remote community, situated along the southern coast of Hudson Bay. A barge delivers goods and supplies in summer when the Bay isn’t frozen over.

The community is trying a new housing type designed by Indigenous architects who worked with Fort Severn as part of an initiative by the National Research Council of Canada called Path to Healthy Homes. They say they have come up with a better solution to the inadequate housing program provided by the federal government, which is responsible for on-reserve infrastructure such as housing.

Called The Resilient Duplex for Fort Severn First Nation, it is one of four new housing types designed by four First Nations architects to meet the specific needs of four different Indigenous communities.

David Fortin is the Metis architect who coordinated Path to Healthy Homes, an initiative that evolved from the work of the First Nations National Building Officers Association. The association developed a technical guide for Northern housing to help communities that were “resorting back to previous ways of building that were flawed, and causing a lot of problems” under the federal government’s on-reserve housing program. 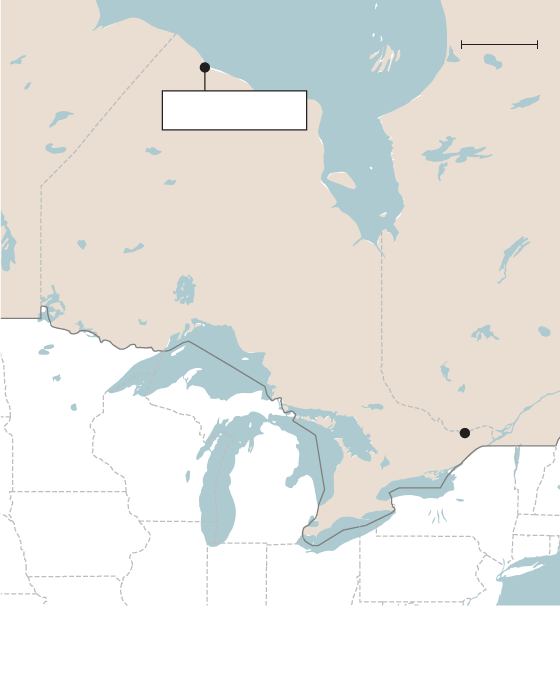 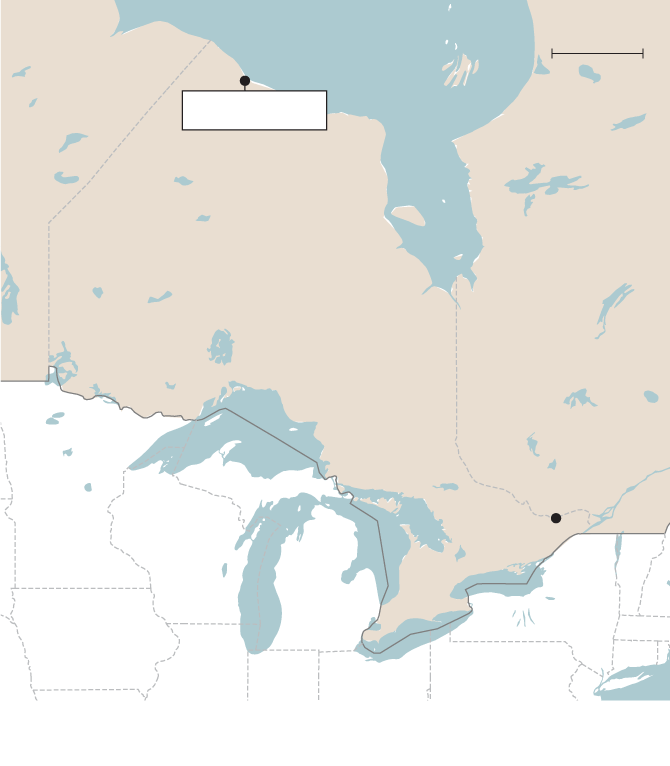 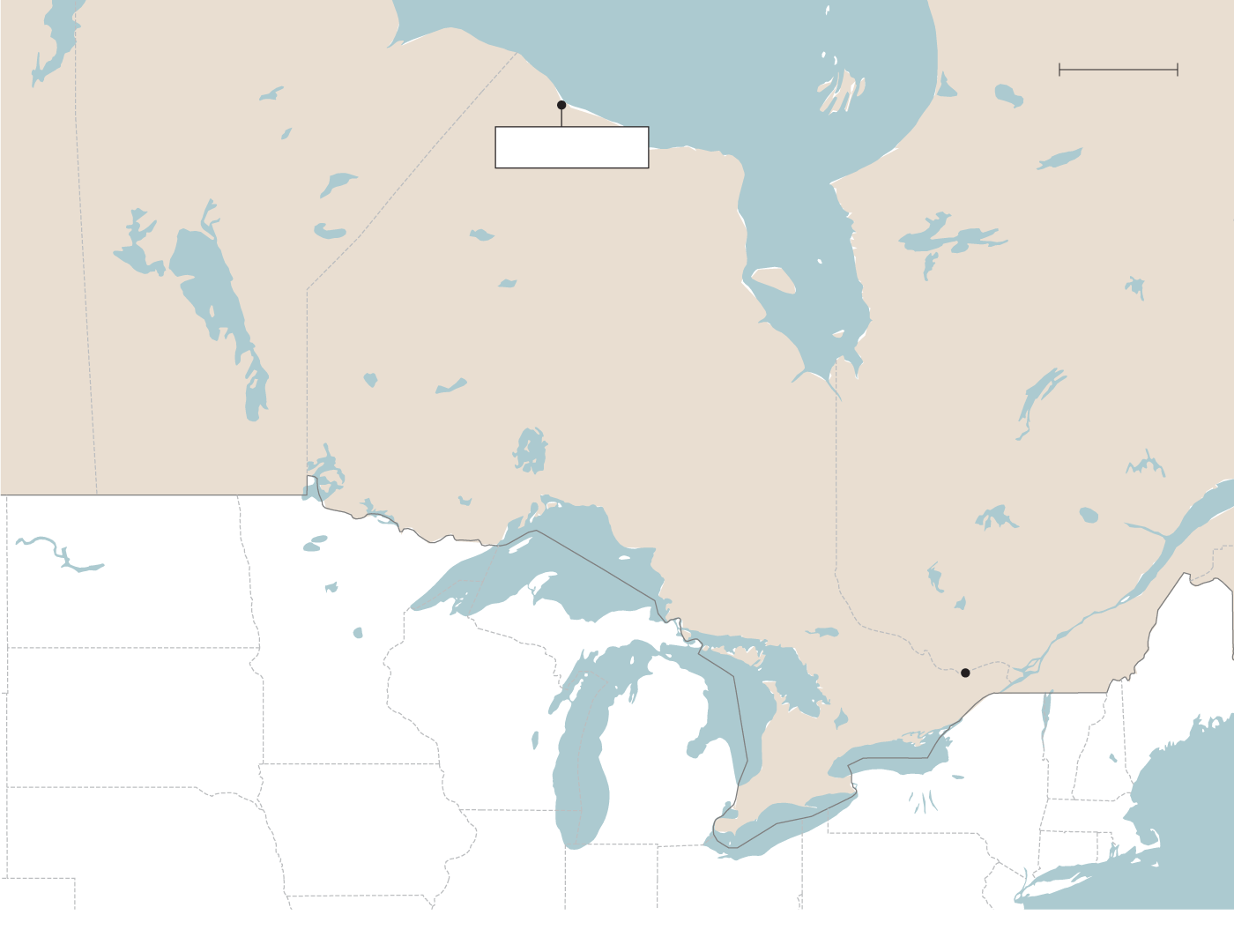 The guide provides straightforward solutions, Mr. Fortin said. “If you live in this region, these are the walls we recommend. And here’s how you can build them.”

Mr. Fortin said Indigenous communities have their own specific housing requirements and needs that should be factored into design plans.

“You can’t take a catalogue housing approach to northern communities,” he said. “Communities need to be consulted with and we need to know each community’s needs before we go make assumptions.”

Mr. Fortin looked to four First Nations architects to consult with the communities, including Brian Porter from Two Row Architect in Ohsweken, Ont., who had already struck up a partnership with Shirley Blumberg from Toronto-based KPMB Architects to address the disparities of First Nations housing.

Ms. Blumberg said current suburban-type designs of single-detached houses aligned along roads are “completely inappropriate for northern communities in every way … without any real thought about the community.”

“There’s a real challenge building housing,” in the North, she said. “Particularly when it’s overcrowded, as it tends to be in the smaller communities of the North because of the extreme climate and humidity. And as you know, humidity creates mould,” she said.

Mr. Fortin said ventilation units often don’t work in Northern climates for a number of reasons including poor location within the house and not being cost effective.

The challenge also includes the bureaucracy of the Ministry of Indigenous Services, the department responsible for on-reserve housing, said Mr. Porter, who spent several days in Fort Severn learning from the leadership and its housing department.

“You can’t take this prototype response that [Indigenous Services] has been doing for decades and just rubber stamp these prototypical houses across Canada. It’s not the right thing to do,” Mr. Porter said.

Ms. Blumberg said the current system is “appalling” and results in “completely and utterly inappropriate” housing that will make people sick from mould within five years.

Mr. Porter said coming up with a community-based solution meant thinking outside the traditional architectural box.

What Mr. Porter’s team discovered was that Fort Severn was “doing a lot of things right,” including establishing its own housing workforce with plumbers, electricians, and carpenters.

The community, which must build on unstable muskeg terrain, also uses “adjustable space frame technology” in the foundations, which involves laying down gravel pads about six feet below ground level and backfilling with gravel and sand. This evenly distributes the weight of the houses, helping to prevent any shifting that occurs over time that could cause foundation leaks and splits.

The process makes sense, said the architects, but the gravel also ends up above ground, making the outdoor area less than ideal for children playing.

Mr. Porter said they were able to offer improvements to Fort Severn’s local housing team, including insulation that can withstand the humidity and moisture.

Two Row/KPMB’s Resilient Duplex design employs an engineered stick-frame envelope, similar to those used in Passive Houses which, the designers say, combines “high energy performance with ease of construction and maintenance. A light-weight space frame foundation eliminates the need for concrete and can be hand-adjusted as the ground shifts.”

The houses can be configured as a combination of small and large units to accommodate the growth of families with elders and young people, the groups identified as most in need of housing during community consultations.

“One side was a fairly large unit that had a flexible loft that could be converted into extra bedrooms or … a family-run business,” Mr. Porter said. “They could kind of fine tune the dynamics of their own household, and then attach to it with a small apartment that had its own its own bathroom.”

Built in a cluster of six, the multigenerational duplex units are connected through raised walkways centralizing an outdoor gathering and play area to host traditional activities such as smoking fish and wild game that keep community members connected to the land and culture. A separate work area outside the unit’s main entrance allows space for vehicles such as pickup trucks and snowmobiles, and the mechanical work that goes along with them. The design factors in small details significant to the local conditions, such as living room windows that are positioned to get the most daylight and entry doors that minimize snow drifts.

Fort Severn First Nation Chief Paul Burke said they plan to start building the new housing type in the spring, which will be an improvement to existing conditions that often see multiple families living under one roof.

Mr. Burke said regular housing funds from Indigenous Services Canada (ISC) gets eaten up by maintenance and renovations to existing homes that are decades old, and that the community is short about 40 houses.

Mr. Burke said other funding they received from ISC, for mental health supports, for example, is pointless when people don’t have the space they need to be healthy and thrive.

“A lot of the mental health issues derive from overcrowded housing,” Mr. Burke said. “So you put somebody through mental health counseling and all that stuff and say, ‘You got your stamp of approval, you’re sane.’ And then you dump them back in the same situation again. What does that solve? To me it’s just a whole lot of a waste of money.”

Fort Severn is currently completing a new subdivision with a six-plex unit and five four-bedroom duplex units. They are working to ensure they have the infrastructure to support the new Resilient Duplex units.

“We looked at the the best features of all the houses that were built here. We like this, we like that, this works, this doesn’t work. And that’s how we came up with the design,” Mr. Burke said.

Other housing designs from the Path to Healthy Homes project were led by First Nations architects Alfred Waugh, Eladia Smoke, and Kelly Bapty and include a large nine-bedroom multigenerational home with a huge kitchen in Manitoba, tiny homes for elders and single males in the Northwest Territories, and log construction using fire-ravaged trees in Northern B.C.

“They very much wanted to connect to the land,” Ms. Blumberg said.

“Because we’re wasting a hell of a lot of money and making people sick. And you can’t solve any other problems until you’ve solved housing,” she said.