Ontario housing advocates are demanding changes to provincial regulations to ensure tenants will be notified when they are owed a rental rebate from landlords.

Anyone who has rented in Ontario in the past decade has likely heard of a landlord requesting an “Above Guideline Increase,” or AGI, to raise rents to help pay for capital repairs or improvements on a building. In the Landlord and Tenant Board’s (LTB) most recent annual report, there were 717 applications for a rent increase above the guideline filed in 2018-19, a 28-per-cent increase from the 559 applications in 2017-18. The totals fluctuate a little each year, but the most recent numbers are almost double the figures from a decade ago: In 2010, there were just 391 AGI’s filed.

But few Ontarians know that most AGI’s (which are limited to a maximum of 9 per cent) are typically time-limited; they are intended to last only for the “weighted useful life” of the expenditure. That means the rent increase should expire once the cost of the improvements is paid down. When an AGI expires, any tenants who have stayed in the building during that time are entitled to have the AGI increases removed from their rent. In some cases, that can amount to hundreds of dollars a month for tenants. Spread across the province, it could add up to millions in rebates owed as more and more AGI’s expire in the coming years.

The Federation of Metro Tenants Associations has been tracking new AGI applications over the past decade, but only now that some of the old orders are expiring has its staff uncovered issues with expirations. A landlord can simply ignore the mandated rent reduction because there’s no mechanism that notifies tenants they are owed money, and there’s no application a tenant can file with the LTB to enforce a rebate.

It isn’t clear how many tenants are owed rebates, not least because there’s no provincial or municipal systems for tracking existing AGI’s and their expiration dates. The FMTA has collected hundreds of applications, and while it knows of a half-dozen buildings with expiring AGIs in 2020 (and more than two-dozen in 2021) it has more limited data on about a thousand filings. Even with its incomplete data, the group has identified more than 124,000 apartments affected by AGIs filed in the past decade, that at some point will be owed a rent reduction.

Brendan Jowett, a staff lawyer for the downtown Toronto Neighbourhood Legal Services clinic (covering an between Yonge Street and the Don Valley that includes rental hubs such as Ryerson University, Cabbagetown, the Distillery District and St. James Town) recently sought clarification on how he should advise tenants on the lack of regulation to enforce an AGI-related rent reduction.

Correspondence he received from Steve Clark, the provincial Minister for Municipal Affairs and Housing, suggested the province has no current plans to change the status quo, but did offer a method for tenants to test their luck: “Since the order requires a landlord to reduce rent, a tenant can enforce the order by simply reducing rent paid to the landlord in accordance with the provisions of the order. If a landlord in such a case were to allege that the tenant is not paying rent owed, the landlord could apply to the LTB based on alleged arrears and demonstrate that the rent charged is lawful,” the minister wrote to Mr. Jowett, a member of the FMTA board.

“As far as I’m concerned that wasn’t an adequate response,” said Suze Morrison, a Toronto MPP and NDP Opposition critic on tenant rights and housing. “The LTB process can be quite daunting and impose a significant hardship.”

Ms. Morrison and her staff recently worked to help tenants in her riding get a rent reduction owed because of an expired AGI. “What we ended up having to do was we door-knocked the building three or four times to identify tenants, and we had to write a letter to the landlord,” Ms. Morrison said. The landlord in that case did not lower the rent on its own when the AGI expired, but after months of organizing and multiple communications, eventually some of the tenants got their rebate. “It shouldn’t take an MPP to go and knock on doors in a riding to sort this process out … but if we hadn’t, those tenants would still be paying extra rent.”

The Globe and Mail contacted tenants who had successfully obtained AGI-related rent reductions, who were reluctant to speak on the record for fear of reprisal. In one case, a landlord had purchased a building from a previous owner during the period when the AGI was still active, and later attempted to argue the new ownership group would not have to honour rent reductions incurred by the previous owner. The same landlord argued that a phased-in increase (for example, an increase that rose 3 per cent each year for three years) should be phased out on the same schedule. While there was only one expiration date on the order in that case, tenants were hesitant to run afoul of a landlord’s wishes.

Section 131 of the RTA mandates that tenants are entitled to a rent reduction when a landlord’s property taxes have been reduced by more than 2.49 per cent from one year to the next. Ontario currently requires municipalities to notify all tenants when a rental building receives such a property tax reduction. According to the Casey Brendan, Director in the City of Toronto’s Revenue Services department, in 2019 Toronto issued about 9,500 rent reduction notices to landlords and sent 33,000 tenant notices. However, the city does not collect or maintain statistics on the number or whether rent reductions are implemented for individual properties.

Wendy Lum, a tenant organizer with the FMTA, argues the province should mandate that cities perform the same job for AGI reductions.

“There’s a lot of grey area,” Ms. Lum said. “It would be great if the government took that up, so there would be no argument and confusion.”

In the meantime, if you’re a tenant who kept your paperwork on an AGI and want your rent reduction, Ms. Lum suggests you check with a local legal aid clinic for advice, or even go to a LTB hearing site and seek out the duty counsel. 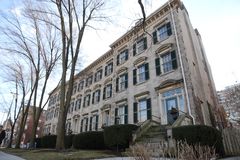 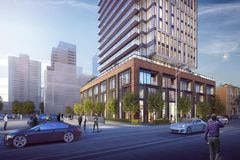 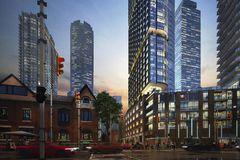