Casey Van Camp and her partner are moving into their first home together this month, but the process wasn’t without its challenges.

Ms. Van Camp is just one of many Ottawa-area buyers who have had to adjust to the unfamiliar in the local real estate market so far in 2018 – with bidding wars, homes being sold well over their asking prices and unconditional offers becoming the norm. According to the Canadian Real Estate Association, Ottawa is one of the strongest real estate markets in the country, with home sales up more than 10 per cent so far this year, even as sales have dived by more than 23 per cent nationally.

Ms. Van Camp bought in Carlsbad Springs, a rural community only 20 minutes from Ottawa’s downtown after starting her search in November.

“It was slim pickings from the get-go,” Ms. Van Camp says.

They bid on, and lost, two other houses, and nearly lost this one as well. There was an offer accepted prior to Ms. Van Camp’s, but the financing fell through and they had just hours to decide whether they wanted to try again.

They ended up getting their three-bedroom, two-bathroom house – sitting on nearly 1.5 acres – for $16,000 more than the asking price.

According to Ms. Van Camp’s agent, Harrison Gallon of Engel and Voelkers Ottawa Central, the listings in Carlsbad Springs in 2017 all sold below asking and had been on the market “forever.”

“This year when they were starting to look, they were competing with multiple offers,” Mr. Gallon says. “That’s not usually a hot area – but it is now.”

The first home Ms. Van Camp tried to put an offer on ended up selling for more than $30,000 over asking in the same neighbourhood, according to Mr. Gallon.

CREA says Ottawa is bucking the national trend thanks to steady employment and higher-than-average wages.

“There are 1.4 million people in Ottawa-Gatineau with above-average purchasing power, below-average unemployment and de-facto tenure,” says Ian Lee, an associate professor at the Sprott School of Business at Carleton University in Ottawa. “It all adds up to a very stable real estate market.”

According to recent census data, Ottawa-Gatineau has the highest median household income in the country at more than $86,000, and the public sector in the city has grown since the new Liberal government was elected in 2015, Mr. Lee says.

“The way I like to put it to my students is that everyone else who doesn’t work for the government in Ottawa is in some way servicing the government.”

Ms. Van Camp, for example, works for a staffing company that consults for the federal government.

“It’s not inexplicable why Ottawa’s real estate market stands out as unique, it’s simply because of the pervasiveness of the public sector. The government is the single-largest employer without a doubt, but it’s not just the government. The City of Ottawa employs 20,000 people. Carleton University employs [6,300] people. The Ottawa Hospital and all its campuses have 11,000 … they’re all little cities,” says Mr. Lee, who points to all these industries – most of which feature unionized employees – as ones that don’t see many layoffs.

Ottawa-Gatineau’s unemployment rate dropped to 4.8 per cent in March, according to Statistics Canada, the lowest in a decade.

The Ottawa Real Estate Board (OREB) says sales increased year-over-year by more than 12 per cent in March, while listings are staying on the market for an average of 43 days versus 54 days a year ago. Inventory is falling below normal average because listings are just not staying on the market as long, and baby boomers are deciding to stay in their homes longer, according to Ralph Shaw, the president of the OREB.

“We’ve seen it over the last 18 months as intense as I’ve seen it in a long, long time,” Mr. Shaw says of the Ottawa market.

But Ottawa’s average home price remains close to $450,000 for a single-family home. Mr. Lee says it’s not as if the homes are priced out of obtainability, especially with such high wages.

He says the market is hot because of a classic economics problem.

“There is no magic to this,” he says. “Markets are rational – there are people who disagree with me, but when you see sudden spikes, I don’t care if it’s in gold or wheat or potash or housing, it’s because there is an imbalance of supply and demand.”

The Greater Ottawa Builders’ Association built 7,400 homes a year ago, a record for the past 25 years, Mr. Shaw says. However, this year they are on track to only build 6,000.

Bruce Firestone, the founder of the Ottawa Senators of the NHL, real estate developer and former entrepreneur-in-residence at Ottawa University, says the City of Ottawa has put a stop to urban expansion, which means no new land will be developed – another factor in the decreased supply. At the same time, densification is rising in the downtown core as the city’s new light-rail transit system comes on-stream.

Mr. Lee says the new Liberal government has “turned on the hiring jets.” The federal government alone added 2,300 jobs in March. The number of employed residents in Ottawa hit more than 736,000 that month, an all-time high.

“The confidence level is up in Ottawa in terms of jobs,” says Frank Napolitano of Mortgage Brokers Ottawa. “Ottawa has always been a stable real estate market and even when the market is really, really hot you’re still paying close to list price. But now it’s like you have to put an offer in in [your] car because if you go home and think about it the house is gone.”

The supply crunch can be felt in Ottawa’s west end, as the Department of National Defence has begun to move its headquarters from downtown to Kanata, about 25 minutes to the west. This has impacted the supply of homes in the area, as 8,500 of the 16,000 employees – said to be one of Canada’s largest office moves – are heading across town for work.

The tech sector is another of the engines of economic growth in Ottawa that are “humming along,” according to Mr. Firestone. The Information and Communications Technology Council predicts the tech sector in Ottawa will need to hire more than 9,700 people by 2019, most of whom will also choose to live in the west end to be close to the office.

While the average price of a home sold in March increased 8 per cent year-over-year, Mr. Gallon says part of the demand has also been driven by word-of-mouth.

Ms. Van Camp admits it was a roller coaster ride to secure her first home and, although she paid more than asking, she was comfortable in getting in the neighbourhood she wanted for a price that met her budget. Finding a home in the current market can still be done, she says.

“First we didn’t get it, then a week later we had two hours to decide because it was back on the market. Did we want it? How badly? What were we willing to pay? Then we put our offer in and prayed for the best,” Ms. Van Camp says with a laugh. “Then we got it.”

Ottawa now has a larger share of foreign home buyers than Greater Toronto
May 1, 2018 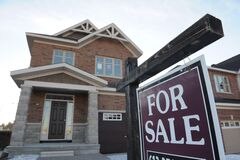 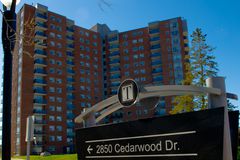 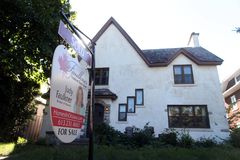 How young home buyers can benefit from Ottawa’s affordability
January 18, 2018 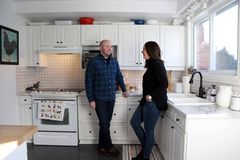