Some of the most-read real estate articles published by Swedish local news publisher MittMedia are completely inhuman: They were written by a robot.

Okay, not some bulky android bashing on a keyboard – we’re talking about an artificial intelligence program called Homeowners Bot that, since 2016, has been churning out a short story about every home sale in the communities in Northern Sweden where MittMedia owns more than a dozen local newspapers.

“We know that when a house gets sold in a small village, it can be super interesting for the people who live there, but maybe not interesting at all for people who live 30 minutes from there. It’s super local, but not worth having a reporter to write,” said Li L’Estrade, head of content development with MittMedia.

MittMedia, like most Swedish publishers, had for years simply taken data from Sweden’s Land Registration Authority and published tables of bought and sold properties. The Homeowners Bot analyzes each sale for an interesting angle and writes its own headlines to focus on what is unusual about a particular sale.

Ms. L’Estrade provided a list of recent headlines that performed well for the company and also a handy translation guide for the keywords that attracted readers: ”stor” means ”large” and ”dyraste” means ”most expensive”; ”mindre” means ”smaller” and ”Arets hittills dyraste forsaljning” means ”This year’s most expensive house sales.”

“[Readers] prefer price records,” Ms. L’Estrade said. “I guess that’s because it’s a little more exciting and luxurious. They like to dream about amazing houses. I would say that they like bargains too.”

What began as an experiment is now simply part of doing business and has persuaded the company to expand its human-assisted real estate reporting, too. “Our readers love everything about real estate, so we only give them what we can’t give them if we only had human reporters,” Ms. L’Estrade said. “The articles written by the robot are short and answer the most basic questions; we like to keep it that way.”

More and more news organizations are experimenting with artificial intelligence software to produce stories automatically. The Washington Post’s Heliograf bot publishes briefs on everything from sports to elections; the Associated Press has a bot for corporate earnings; the BBC created a chatbot that suggests further context inside other stories; and a Japanese startup called JX PRess created the NewsDigest bot to scour social media for trending stories and even filter out “fake news.”

If so, we won’t be alone: A November, 2017, report by the McKinsey Global Institute estimated that in about 60 per cent of occupations, one-third of the tasks could be automated globally by 2030. It predicted somewhere between 400 million and 800 million people could find their jobs replaced by robots and automation in the most aggressive scenarios (it also suggested as few as 75 million might need to find entirely new job categories).

So-called “predictable physical work” – that includes everyone from manufacturing and food prep jobs to croupiers and repair technicians – is expected to see 31 per cent declines in the United States. The study didn’t subdivide to Canada, but it’s safe to assume that technologies adopted by our southern cousins will migrate north.

That said, the McKinsey report also predicted that the United States will be see employment growth for media workers and professionals, between 8 per cent and 11 per cent over the next 15 years.

“I’m confident computers and machine learning will be able to replace the commoditized news and information in the world today,” said David Skok, the CEO and editor-in-chief of The Logic, a new a Canadian subscription news site focused on the innovation economy. In addition to stints with The Boston Globe and The Toronto Star, Mr. Skok studied with Harvard Business School’s disruption theory guru Clay Christensen and has seen up close how technology disrupts industries. Mr. Skok is of the view that while computers and AI can assist and enrich reporting, AI won’t entirely replace bipeds who wear shoe leather.

“I’m invested in the bet that computers will not be able to do the type of work that’s essential to democracy,” he said. “I still think you need the act of a journalist: The skill of reporting and identifying the inputs that go into whatever algorithm or logic is formed around the machines. Great journalism looks under a rock that nobody else looks under.”

Even so, Mr. Skok also reflected on a recent piece in the Financial Times that discussed how far artificial intelligence has come in the past 10 years, to the point where IBM’s Watson computing system was able to credibly hold its own in a live debate – on a topic it hadn’t prepared for explicitly – with humans. To build its capacity for arguments, it was fed millions of articles from newspapers and magazines in an effort to train it to opine like humans. Essentially, IBM built the world’s first artificial-intelligence hot-take machine, which is a direct threat to the legions of editorial writers and opinion bloggers filling our media with arguments, points and counterpoints.

“If all editorials are in effect one side of a debate, then they are all going to be out of a job soon,” Mr. Skok said. 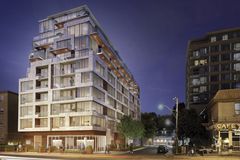 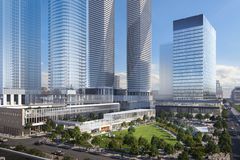