A decades-old agreement between the City of Ottawa and a golf course might be the only thing stopping a development proposal from replacing holes with homes.

Real estate lawyer Greg Sim lives near the Kanata Golf and Country Club, which is a 25-minute drive west of Ottawa’s downtown core. He’s an original homeowner in the Kanata Lakes development, where the golf course is situated, and has been a member of the club for more than 20 years.

The note also said the process of “planning around the notion of redevelopment and what that looks like can take several years.” ClubLink said it has partnered with Minto Communities and Richcraft Homes to assist with “community engagement and redevelopment plans.”

But Mr. Sim says there is a legal impediment to ClubLink’s redevelopment plan. He says the original development agreement signed in 1981 between the City of Kanata and Campeau Corp. (which later sold ownership to ClubLink) included a clause that the golf course would be operated “in perpetuity.” Further, it states that 40 per cent of the land in the Kanata Lakes development “shall be left as open space for recreation and natural environment purposes.”

"Ottawa is a vibrant, growing city and we believe there is an opportunity to better utilize this 70 hectares of land to meet the interests of the community,” Mr. Visentin said.

But ClubLink’s plan has run into opposition from some residents and local politicians.

“There is a very passionate community [that is] really dedicated to oppose this,” said Kanata North city councillor Jenna Sudds. “It’s really a cherished space.”

Nearly 500 people attended a community meeting in January, with 2,000 more watching on a live feed on Facebook, hosted by Ms. Sudds.

She said the course is used by the community year-round, and not just by golfers, and that residents skate on the ponds or snowshoe and ski during the winter.

Residents say some drilling of test bore holes took place early this month on the site.

About 600 homes back directly onto the golf course, and thousands more have popped up in surrounding areas in the more than two decades since the course was established.

Ms. Sudds said it would “devastating” if the course was to go away, and current residents said they don’t feel more homes need to be built.

“In the whole vicinity of the Kanata golf course, there are thousands of homes that are approved for development already,” Mr. Sim said. “You’ve already got many years of housing already approved. You don’t need it.”

Christine Hauschild, who has been with Royal LePage in the area since 1993, wrote on her public Facebook page that the potential impact of the development on home prices has dominated conversations. But her feeling is that it is too early to tell what impact the development might have. The local real estate market has been very strong, with January home sales up nearly 16 per cent year-over-year, according to the Ottawa Real Estate Board. The 708 sales was the highest number “in decades” the OREB said.

“To say [the development] will impact prices is way too premature,” she said. “Ask us in a year from now if we see that, but hopefully not. We have the best schools in the area and a great quality of life. People will always want to come to this area.“

She said people are purchasing homes in Kanata Lakes not just to back onto a golf course, but with the understanding of the 40 per cent green space designation in the area.

“There are an awful lot of people who are not going to say ‘okay’ [to the development proposal]. They are not okay with it,” she said.

Club member Tony De Marinis said he and other members have felt confusion, anger and frustration since the December announcement.

But members have requested an official meeting with ClubLink to hear what the plans are for the year ahead, and that hasn’t happened yet.

Mr. De Marinis said members instead are getting marketing communications from ClubLink about referral bonuses if they bring in new members.

With what’s been happening since December, he can’t help but laugh at ClubLink’s marketing tagline, which is “One Membership. More Golf.”

“We joined this golf course and joined the ClubLink idea of playing ‘More Golf,’” he said. “But now there is just going to be ‘Less Golf – More Development.”

At a City of Ottawa budget meeting on Feb. 21, members of the Kanata Lakes Community Association asked Mayor Jim Watson what the city’s intention for the golf course was. The residents were encouraged by the mayor’s response, that if ClubLink wanted out of golf course business in Kanata, the City of Ottawa would have the first opportunity decide what to do with the land.

“I would recommend that we contract out and have a company run the golf course. Many companies would bid as this is a profitable course … a very desirable golf course,” Mr. Watson said.

Kanata isn’t the only place where golf-course development discussions are continuing in Ottawa.

In Barrhaven, about a 35-minute drive from Ottawa’s downtown, Mattamy Homes has proposed reducing the size of the Stonebridge Golf Club course and eliminating some green space.

Kevin O’Shea, the Ottawa division president of Mattamy Homes, said the company is committed to hearing the views of the community.

“That is our focus at the moment, and our plans don’t extend beyond the mediation process at this time.”

Unlike the situation in Kanata, Mattamy owns the land the golf course is on. 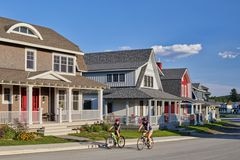 A Quebec clergy house becomes a boutique hotel – and ‘a fairytale life’ for its owners
Subscriber content
January 8, 2019 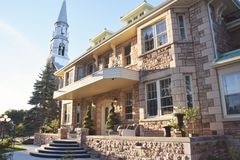 In Ottawa’s Glebe, neighbours wrangle over a new build
December 6, 2018 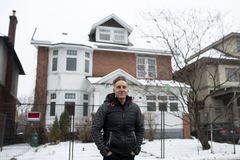