The construction industry is crying foul after the City of Toronto announced that it will circumvent a freeze on development charges imposed by the province and levy heavy penalties on builders who defer paying fees on some projects.

City staff had said that the municipal government could lose hundreds of millions of dollars in fees because of the province’s move. Don Valley North Councillor Shelley Carroll referred to it as “a really heinous change.”

“Now is the time to build in real incentives, it’s not the time to turn a moderate incentive to a big disincentive,” said Daryl Chong, the president and chief executive of the Greater Toronto Apartment Association, who called the city’s move a “bridge to nowhere.”

“If the economics supported building rental we would have been doing it all of these years. With COVID, we’re now in unknown territory.”

On Feb. 5, Toronto City Council voted 23-2 to adopt an interim change to the way it collects development charges, setting an interest rate of prime plus 3 per cent for any fees that are deferred for rental projects, including those for non-profit housing. Only long-term-care projects will not have to pay the extra interest.

In late 2019, Ontario passed the More Homes, More Choice Act in a bid to cut what it called the “red tape” hindering housing developers. It included changes to development charges: Whereas in the past, a developer paid the going rate when a project was getting its building permits, as of Jan. 1, 2020, the province mandated development charges be frozen at whatever the rates were when the project applied for planning approval. (For many projects, the gap between application, planning approval and ultimate construction can be years.)

The issue of development charges is controversial in the Toronto region. Municipal governments say the levies are needed so that new developments can help pay for the infrastructure they require. But for developers, they can account for a significant portion of the total cost of building in a region that already has high land and construction costs.

In a submission to council, the Building Industry and Land Development Association said that Toronto’s rate was too high. It cited as an example a 250-unit rental building, arguing that if a developer chose to defer $10-million worth of charges within five years, it would cost an additional $949,000 to do so. The interest rate can be lowered if the builder provides a letter of credit, but as BILD CEO David Wilkes pointed out, letters of credit can be financially crippling for developers who need to take on debt to finance construction.

“We do not support the barriers of adding costs or securities that delay construction. … Let’s get on with the job of providing purpose-built rental,” Mr. Wilkes said.

The province has not objected to Toronto’s interim plans, or the broader city review of the policies regarding development charges now under way. But it did defend its development-charge freeze.

“We must increase the supply and mix of homes in Ontario,” the Ministry of Municipal Affairs and Housing said in a statement. “That’s why we deferred development charges for certain types of development, like purpose-built rentals, which face unique upfront revenue challenges. However, we also recognize the importance of maintaining municipal revenues from new developments, and at this time have chosen not [to] prescribe a maximum interest rate.”

“[Premier Doug] Ford has a track record of meddling in city business and not necessarily making things better,” said Jessica Bell, MPP for University Rosedale and the Ontario New Democratic Party’s critic for housing policy. “They did not consult and refuse to listen to municipalities on issues of cash-flow and city planning.”

Ms. Bell agrees that the city needs to build more rental, but disagrees with downloading the costs associated with incentivizing that construction onto municipalities. “The market alone is not going to provide the amount of housing we need to make our city a great place to live. We have tried that experiment and it has failed. Toronto has undergone a record construction boom, but at the same time that’s not translating to affordable rental and affordable homes.”

David Amborski with Ryerson University’s School of Urban and Regional Planning is more blunt when comparing the property-tax-based revenue tools available to cities compared with the income-tax bases of upper levels of government: “Subsidies for purpose-built rental should come from levels of government that have progressive tax bases,” he said. 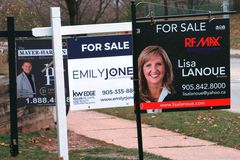 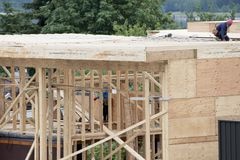 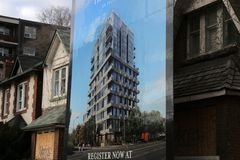