A group of 22 Ontario real estate boards have banded together to make a pitch to the country’s largest real estate board to share its rich trove of data in a bid to break down digital barriers in the industry.

On April 8, Michelle Wobst, president of Information Technology Systems Ontario, and Donna Bacher, president of the Realtors Association of Hamilton-Burlington, sent a letter to the Directors of the Toronto Regional Real Estate Board calling the current status quo “unacceptable” and that it was time for real estate boards everywhere to break out of their “silos” and begin to share the most precious asset of any real estate board: the home sale listing data managed by their internal multiple listing systems (MLS).“We want to be able to provide realtors with access to all the MLS listing content they need regardless of whether they join an ITSO Member Association, RAHB, or TRREB,” the letter reads. “Realtors need 100 per cent of the MLS listing content to conduct accurate valuations, to ensure their clients don’t miss out on opportunities.”

For decades Ontario real estate has been carved up into dozens of geographic fiefdoms run by local boards with a mixed record of collaboration. Once, all the new listings in a region were collected in a physically printed book but as digitization arrived each board began to run a database where realtors could access and analyze listings for their own region. Over time, some boards began to share those databases with each other in regional data-sharing agreements but it was still fragmented across the province.

There are 37 separate real estate boards in Ontario and by 2020 there were three main coalitions of boards sharing listing data among themselves: Ontario Regional Technology & Information Systems Inc. (ORTIS founded in 2015, which centred on the Tri-Cities area of Guelph, Kitchener and Cambridge), TRREB (which includes Toronto, Durham, Brampton and Northumberland Hills boards) and Ontario Collective (which covered most of cottage country, Peterborough and Prince Edward County). ITSO was formed by a merger of ORTIS and OC in August, 2020, and now has 21 boards with 14,000 members under one listing sharing MLS. ITSO now covers most of the geography in the province having done data-sharing deals with Hamilton and Ottawa-area boards, leaving only the three Windsor-area boards, three in Northern Ontario and TRREB out of its database.

“I think we’ve just grown naturally to this point, we haven’t gone after somebody and said you need to be part of us,” Ms. Wobst said of ITSO’s growth. “It’s not that we want world domination, the focus is about providing best data possible, through the best technology we feel is out there. We’re at the point now where we see there’s this missing data and we want to rectify the situation.”

The missing data is listings posted by one real estate board in another’s territory; if the systems don’t talk the local board members won’t see a new listing unless they subscribe to a data-sharing service or the listing agent pays a separate fee to “interboard” post the listing. Ontario realtors can help buy or sell a home anywhere in the province, but they would put the listing on the system run by the board they are a member of. The 800-pound gorilla of missing data for ITSO is TRREB, with its more than 60,000 members.

“When you hear TRREB say they’ve got 65,000 members, those are forced memberships. Right now the agents trading in Hamilton have been forced to take out memberships in Toronto. You’re talking a lot of money” in order to see TRREB listings in the Hamilton board zone, Ms. Bacher said. The current annual TRREB membership fee is about $860. RAHB is the second-largest board in the province and is not a member of ITSO, but does have a two-way data sharing agreement.

“That pendulum swings both ways,” said John DiMichele, CEO of TRREB. “So we have members that join their boards as well. So is it something we promote? No. I think most people would rather just have access to one particular system when they need it.”

“In some cases they want to be duals even though I’m not sure they really see the value other than saying, ‘I’m a member of TRREB as well.’ And that’s a good thing.”

He estimates about 20 per cent of transactions in TRREB’s areas were listed by agents from outside its boundaries, a figure that’s similar to what some other board presidents in the ITSO coalition estimate TRREB agents list in their boundaries.

ITSO and TRREB do have an agreement where members from both groups can subscribe to a special feed of all listing data, but it’s a separate fee, separate log-in and doesn’t provide built-in data analytics available in some MLS systems.

“TRREB really is a massive organization, we’ve always had a really good relationship with them but it’s really hard to move such a big ship,” said Nicole Pohl, president of Kitchener-Waterloo Association of Realtors, but the missing data issue has only grown more acute during the past 14 months of the pandemic. “There’s a lot of migration out of those large urban centres coming into areas where prepandemic [TRREB agents] weren’t traditionally trading in. We need to come up with some way for all Ontario realtors have access to data.”

Mr. DiMichele said that TRREB has had informal talks on the subject, and points out that a TRREB service called Connect existed for about 10 years to provide data sharing, but was retired after, among other issues, some regional boards abandoned the project. TRREB’s major concerns with a data-sharing agreements relate to issues related to log-in security, and potential vulnerability to data-scraping by real estate entrepreneurs looking to leverage TRREB member listings on competitive websites.

“We’re basically down to two systems: ITSO and TRREB, they’ve both invested substantial resources and neither one is going to disappear overnight,” said Nelson Goulart, director of communications and president-elect of the Mississauga Real Estate Board, which joined ITSO despite having a large proportion of its members dual-board with TRREB. “Are we going to data share? The reality is we can visualize how that will look, but there has to be a strong push by membership if that’s the direction they want to go.” 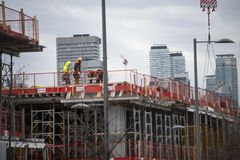 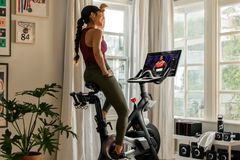 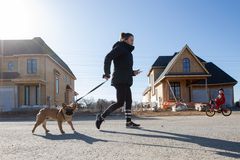