Builders in Toronto are facing something of a dilemna: Residents want fewer high-rises and planners are making available more sites suitable for more compact buildings, but costs are making mid-rise residential properties exceptionally expensive to construct.

“My colleagues, we like mid-rise work,” said architect Richard Witt, executive principal at Toronto’s Quadrangle. “It’s interesting; it’s less formulaic, so you often get more interesting building. But the economics of it don’t work for anybody. Almost every client that’s done them has never done another one.”

High-rise condos are now the dominant form of new density in Toronto. According to the “Bedrooms in the Sky” study last year from Urbanation Inc. and the Ryerson City Building Institute, in the 1990s, 56 per cent of condos completed in the central city were under 12 storeys; now, mid-rise projects make up only 7 per cent of units “in the pipeline.” At the time of the study, a whopping 167 projects higher than 12 storeys were in development in the city of Toronto, accounting for about 61,000 units, and 73 per cent of all new condos are in buildings higher than 20 storeys.

Since 2010, the city’s planners have been pushing a return to the modest, middle-type of tall buildings, which generally spans between four and 11 storeys.

“Over the last five years ,we’ve seen more 347 midrise projects; some are built, some aren’t approved yet,” said Lorna Day, Toronto’s director of urban design in city planning. “To me, that’s quite an impressive number; it represents 32,000 units, which is a lot in terms of growth in the city.”

The goal behind the push was to get the development community to help add “gentle density” to some of city’s marquee avenues. “That means the retail has more vitality, the community centres have more users, schools have more population,” Ms. Day said. “At the time, success would have been anything, because there was very little uptake on the avenues when we first started on these [mid-rise performance standards]. “

The guidelines create a sort of envelope with angular plans at the front and back that buildings have to fit in: On the street side, they must not block sunlight on the opposite side of the avenue; on the rear side, they must not overshadow the low-rise single-family dwellings that typically bump up against the city’s busiest commercial strips.

Ms. Day said that in the beginning, the city believed these mid-rise avenue projects would also add more affordable units to expensive midtown neighbourhoods such as those along St. Clair Avenue, which is zoned for eight-storey mid-rise buildings. But that has not been the result. According to developers, they often price these new condos higher than other housing types in the neighbourhood. “These projects don’t end up being what I would characterize as luxury, but do end up being for end-users and are not ‘affordable’ products,” Quadrangle’s Mr. Witt said.

Many factors have combined to make mid-rise expensive. Some are common to all building types: Land costs and construction costs have been shooting up in Toronto, and often, even on an avenue that has mid-rise zoning “as of right,” a lengthy rezoning process still needs to unfold if a builder wants to go higher, change parking, break the angular plane or make any other significant alterations. But, as Mr. Witt explained to a building-industry conference last month, the size of the building limits your ability to amortize those fixed costs: 80-100 units in a mid-rise have to cover the same building costs that a larger 200- to 300-unit high-rise must. “You’re doing all of the complicated bits, with none of the easy bits to soak up the cost,” Mr. Witt said.

Ms. Day said that there have been discussions in Toronto’s planning department on whether the city should offer lower development charges for mid-rise as an incentive. Some developers have suggested that mid-rise projects get a break on meeting some city regulations, such as those on replacing rental and employment spaces, or capping community-benefit contributions.

Often, a first-time developer is drawn to a mid-rise because the form seems more attainable, with budgets in the tens of millions instead of a high-rise’s hundreds of millions. “One of the things we really try to do is work with smaller first-time developers,” Ms. Day said. “We offer a level of service for these kinds of projects that’s higher than for bigger developers in order to make it an easier process for them. It’s not for the faint of heart, though I would say that about any development in the city.”

Some developers make it work, though.

“We specialize in upmarket end-user buildings,” said Jordan Morassutti, a partner in seven-year-old property developer North Drive Investments, which focuses almost exclusively on mid-rise. “ Two years ago, we started to see land pricing run away from us, so we made a decision to focus on neighbourhoods where there’s not a clearly defined ceiling in terms of end-price. Think Forest Hill, Rosedale and Summerhill.”

Indeed, while North Drive has only one complete building, across from High Park on Bloor West, it has four others in progress in Toronto: Picnic near High Park has seven of nine floors out of the ground, 4 The Kingsway near The Old Mill has three of eight floors, and its 1 Forest Hill Project is beginning shoring and piling. In addition, a partnership with Minto on a 26-storey Yorkville tower just got out of the ground and North Drive is about to launch a new project in Summerhill.

What these areas have in common, in addition to high prices for existing detached homes nearby, is a population ready to make either a lateral move or downsize.

“There’s tremendous pent-up demand for these types of buildings; we see there is an opportunity to carve out a niche,” Mr. Morassutti said. But he said he doesn’t see mid-rise working on sites that are not “Triple A” in terms of local home values. “It’s very difficult … the alternative would be to get a B-minus or C-plus site and erect a building with 400 small units geared toward the speculative investor.”

Another place mid-rise can flourish is to add a little unit diversity to a massive parcel development. Such is the case with Wynford Green, a master-planned community partnership by Diamond Corp., Lifetime Developments and Context Developments – which aims to add 5,000 homes to a large plot of land on the former IBM Campus at Don Mills and Eglinton.

“Having a 60-acre property in the middle of the city is a unique opportunity,” admits Laurie Payne, vice-president of Development at Diamond Corp. who is overseeing the project. Having few neighbours to worry about means it can build a collection of eight-storey buildings along Wynford that are not deformed by the angular plane. “We don’t have these pyramid-shaped buildings; our mid-rises are larger, bigger buildings sitting on bigger parcels. We have the space to make buildings that are efficient.”

But even with the luxury of space and optimized design, the mid-rise units are more expensive than the tower units in the project.

Ted Kesik, professor of building science the University of Toronto’s Daniels Faculty of Architecture, Landscape and Design, doesn’t buy the argument that mid-rise has to be expensive to the end-consumer because it’s more expensive to the developer. He’s of the view that developers are simply used to “obscene” profits on what he calls the “spiky” density of concentrating on only building high-rises.

Moreover, he thinks that the city’s focus on avenues is simply not going to be enough to solve Toronto’s housing needs.

He has a more radical solution: Expand densification deeper into Toronto’s sleepy, leafy, low-rise neighbourhoods. He argues that the city should open up the so-called “yellowbelt” (areas where single-family homes predominate) to allow for fourplexes and other mini-condos to be built. He suggests the return of the so-called Toronto Specials of the 1950s and ‘60s that responded to an earlier wave of immigration would do a lot to let homeowners unlock the value in their land, and create more affordable options for newcomers and new families.

As Mr. Kesik sees it, the only way to truly get mid-rise development in the city is to democratize it by loosening zoning and take some of it out of the hands of developers. “You have to find an area where you can conduct an experiment, an urban planning lab, you relax all the rules, or remove them, and you have to see what happens,” Mr. Kesik said. 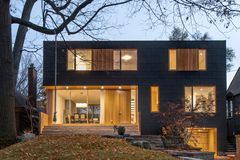 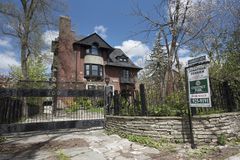 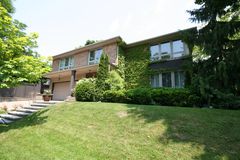