As Toronto’s City Council debates new measures to blunt the housing affordability crisis that has been brewing for decades, one consistent theme has emerged: longer-term thinking.

In recent years, the city has come to rely less on private builders and instead is controlling development on city-owned land to procure more affordable units that stay economical indefinitely.

2021 vs. 1992: I couldn’t afford my Toronto house if I had to buy in Canada’s current real estate market

Toronto could build more affordable housing. Why won’t it?

In general, Toronto’s attempts to negotiate with private developers to build affordable apartments has not been a huge success.

Julie Mah, a University of Toronto researcher in the Institute on Municipal Finance & Governance, recently presented preliminary data from her study of 773 so-called Section 37 agreements wrangled between Toronto planners, politicians and private builders over the past 30 years. Section 37 is a portion of the planning act that allows municipalities to negotiate for a community benefit during a site’s rezoning process (typically to allow for more floors, apartments and potentially more profit). The benefit could be money for parks, roads, libraries, public art or affordable rental apartments.

Dr. Mah stressed that her research isn’t finalized. But so far, she found the city mentioned affordable housing in about 36 per cent of the Section 37 agreements it entered into since 1988.

Beginning in the early 2000s, the number of Sec. 37 agreements began to move upwards from around 10 a year. By 2010, more than 40 agreements a year became common, reflecting the condo-building boom that has made Toronto the construction crane capital of North America. But it wasn’t until 2013 that Sec. 37 agreements with affordable housing benefits began to appear at least half the time.

Many of these units were also only nominally affordable: 45 per cent of them were to be rented at Average Market Rent (AMR), a Canada Mortgage and Housing Corporation benchmark, instead of the cheapest rent.

And amongst many of these agreements, the rents were also to remain at AMR or slightly below for a set number of years — perhaps 50, or sometimes as low as 20.

For example, 30 Tippet Road is a chunk of city-owned land that was sold through a program called Open Doors, which encouraged partnerships with rental developers. In addition to 50 affordable ownership units to be sold below market rate, the developer, Collecdev, made an agreement to provide 50 apartments to be rented at AMR for 20 years.

A similar deal was signed to sell land at 10 York Street in the core of downtown Toronto to builder Tridel, which in turn provided a dozen rental apartments to be run by a co-operative non-profit for a period of 50 years.

One of the pitfalls of carving out a handful of apartments scattered across a couple towers is the cost to non-profits to manage those units.

“I wouldn’t pick up the phone for 10 affordable units, it’s not going to be worth it to keep my eye on them,” said Andrea Adams, executive director of St. Clare’s Multifaith Housing Society, one of the largest private developers of non-profit supportive and affordable housing.

“It’s about economy of scale: I house people that have experienced chronic homelessness, we need to provide support staff on site.”

Ms. Adams says the affordability formula for Sec. 37 is fairly simple: If you have a pool of money to negotiate with, you can buy more apartment affordability for less time, or buy fewer units for more time. And even though some of those type of Sec. 37 agreements aren’t even a decade old, already city staff are essentially repudiating the “less time” approach.

“Collecdev’s 30 Tippet Road development was approved in 2016,” Erik Hunter, who participated in that negotiation and is acting housing development manager in the City of Toronto Housing Secretariat, wrote in an e-mail to The Globe. “Since then, the City and CreateTO have launched the Housing Now Initiative that essentially overhauled and reorganized how we approach affordable housing development on City real estate.”

Instead of selling the land, the initiative leases it for 99 years and then aims to have a minimum of 33 per cent of the units at or below AMR. Construction has not begun on any of the 17 sites announced thus far, though one of the first projects at Victoria Park subway station is slated to begin building this fall.

“The practice was to get a bit more units, we’re now pushing hard to go into the 99 years,” said Ana Bailao, the City’s deputy mayor and chair of the Planning and Housing Committee who heads the housing file for Mayor John Tory.

“Because time goes by really fast, you’re seeing other municipalities that are running into issues of units coming out of affordability.”

Along with the rooming house policy, punted to the fall session during the most recent council meeting, the next big fight may be over inclusionary zoning, which would mandate a certain number of affordable units in any apartment towers built near high-order transit stops. And it’s safe to assume the city will be pushing for long tenure for those affordable apartments, too.

“It’s not going to be the solution for our housing problems, but there’s no one solution,” Ms. Bailao said.

“These issues are not going anywhere, but we need to put a dent in it. The city is growing, economic pressures are growing, everything is a drop in the bucket the problem is so big.” 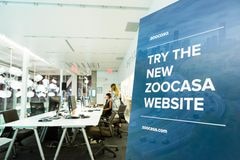 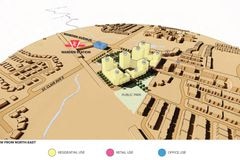 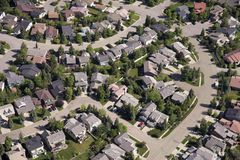