There’s a subtle shift under way in the Greater Toronto Area’s presale condominium market in 2018: As developers are launching fewer towering projects designed to woo investors, they are finding there’s still a strong market for people looking to pay a little more money for a larger, family-friendly unit in neighbourhoods outside the downtown core.

In 2017, developers set records for launching projects and units: 105 projects comprising 32,813 units were presold, compared with 2016’s 81 projects with 16,732 units, according to data collected by Urbanation Inc. The vast majority were high-rise projects that typically feature higher volumes of low-cost studio and one-bedroom apartments. Those are the kind of units investors looking for a piece of the market have traditionally snapped up, oftentimes renting their condo or looking to flip it on the equity appreciation. But there has been a slowdown in the number of projects wooing that buyer.

“Some investor fatigue has crept in,” said Shaun Hildebrand, chief executive of condo market analysis firm Urbanation Inc. He suspects developers have slowed their frantic pace of announcements in part because of large increases in construction costs and delays in getting approvals. According to Urbanation, the first half of 2018 saw 27 launches of condo projects taller than 12 storeys, 34 per cent lower than the 41 projects in same period or 2017. Building launches under 12 storeys, often called mid-rise, had a smaller drop-off of 12 per cent from 17 launches in the first half of 2017 to 15 launches in 2018.

Urbanation also projects as many as 14 new mid-rise projects could launch before the end of the year.

The trend isn’t a straight line, in 2016 there were many more mid-rise launches (44) than in 2017 (31) due in part to a miniburst of mid-rise projects in the suburban 905 areas. The slowdown in high-rise development is also more pronounced in the city of Toronto proper, which starting in the second half of 2016 saw 21, 24 and 22 launches every six months but only 16 launches in the first half of 2018.

One key reason for the relative strength of new mid-rise launches is the simple supply-demand dynamic: Consumers can’t seem to get enough of them and that’s driving the price up.

“The market is substantially undersupplied in mid-rise,” said Mr. Hildebrand, who notes that mid-rise projects in the GTA were just 31 of 2017’s new launches, accounting for 3,833 units (12 per cent of the total). Another trend specific to Toronto is that the number of units per mid-rise launch has been growing: from 80 a launch in the second half of 2016 to 145 a launch in the first half of 2018.

“At an average selling price of about $500,000, units in these types of projects are in extremely high demand, given that the cost to rent in today’s market would be just as high as the ownership carrying costs,” Mr. Hildebrand said.

Stephen Price, chief executive of Graywood Developments Ltd., said he has seen the demand for mid-rise units grow in the GTA and Calgary over the past five years. In 2017, Graywood submitted plans to the City of Toronto to redevelop an old Wonder Bread factory at 462 Eastern Ave. into a mid-rise condo project, In May, 2018, it began presales of the eight-storey space that will have 286 units, a mix of lofts and townhomes marketed as “Wonder.”

“A two-bed in Wonder is in the $600,000 range; you simply can’t buy a house in Leslieville for $600,000 … there are no real housing alternatives available in the community for under $1-million,” said Mr. Price, who said Graywood has three other mid-rise sites in development in Toronto and Calgary. “There’s a huge appetite for medium density in Toronto. Many don’t want to live in the downtown core, this buyer is more interested in being in a community and there is a greater propensity to buy larger more livable units.”

Serge Younan, broker with Century 21 who specializes in finding buyers presale condos, agrees that neighbourhood location tends to determine whether a project is going to attract more end-users or investors. He worked on Wonder’s launch, and found that the buyers tended to be either young professionals hoping to buy in the central city or people from the surrounding area.

“There’s a lot of end users that are buying now, that shifted over the last year or two years. Maybe someone that lives in the area, sees a condo is launching, and says ‘yeah, I want to live there,'" he said.

Another sign the market for mid-rise is changing is in the increased interest in townhouse units. According to Mr. Price, traditionally those units were the last to sell and only after a building was complete. “There was a time with townhomes where you might have to apply discounts to attract buyers, today we’re finding the pricing on a townhome is comparable on a per square foot basis to smaller units,” he said.

The price for downtown condos is now approaching an average of $1,000 a square foot, which prices out many buyers and makes mid-rise outside the core a potent value proposition.

“Average selling prices for new mid-rise launches in Toronto so far in 2018 were $776 per square foot – 33 per cent higher than two years ago, when the average selling price for mid-rise launches in the first half of 2016 was $580 per square foot,” said Urbanation’s Mr. Hildebrand, who says about 15 sites suitable for mid-rise development have been purchased in Toronto so far in 2018.

The time between presale and completion for mid-rise is also about half of the average five years it takes to finish a high-rise, Mr. Price said, which helps to contain costs: “You can make up some of the economics through a more timely building program.”

But presale specialist Mr. Younan said the increased competition from end-users isn’t the end of the party for high-rise condo investors, yet. ”If we had this conversation again a month from now, the perspective would change,” he said. “I know of a few buildings that are coming out that are going to be 40-storey high-rises.” 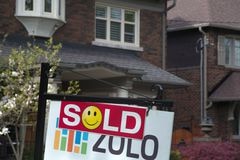 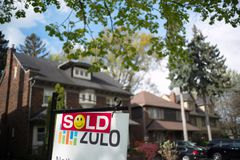