The Shangri-La hotel and condominium in Toronto, one of the city’s premier luxury buildings, has been riven by disputes over shared costs and the condo corporation’s management of its $7-million budget.

In recent months, Toronto police and city inspectors have been called to the building to deal with altercations over common elements, and lawyers have sent letters demanding payment for hundreds of thousands of dollars in costs.

“I was trying to buy more property here," said Zahur Ahmed, who owns three units in the building that he says are worth close to $12-million. "I dropped the idea. I don’t feel confident now. I thought it would be a good investment. I have lot of concerns for my property here now, because of bad management. All the politics … this five-star building is going to the dogs.”

One source of long-standing friction is the reciprocal agreement that governs the relationship between the Shangri-La Hotel, which manages 202 guest rooms and suites in the building, and the Toronto Standard Condominium Corporation (TSCC) 2258, which manages 393 privately owned units in the building’s upper floors. Previous boards have feuded with the hotel over costs for shared amenities and rising condo fees needed to match the hotel’s increased spending. In 2012, the monthly fees were 55 cents per square foot, after several hikes beginning in 2015 they are now 95 cents per square foot. The typical unit in the Shangri-La is more than 1,000 square feet, which suggests that many owners of the multimillion dollar suites are paying more than $10,000 a year in fees. By comparison, data from Condos.ca suggests the citywide average is closer to 50 cents per square foot, and the average dollar figure in 2019 was close to $640 a month.

As the novel coronavirus pandemic has tightened its grip on the city, tensions in the building appear to have boiled over.

A disagreement over the contractor the hotel uses to run the fire system escalated on March 30, when the condo board took control of the Central Alarm and Control Facilities (CACF) room and changed the locks. The CACF is a shared piece of critical life-saving infrastructure that is managed by the hotel as part of the reciprocal agreement. Both parties are intended to have keys to the room. Immediately, the hotel management sent legal letters demanding the locks be changed back. On April 2, Toronto police were called to supervise as the hotel removed the condo board’s locks. Multiple witnesses describe a chaotic scene involving the condo board’s president, Mario DaMicheli.

An April 6 letter from the hotel’s legal counsel, Torkin Manes LLP, summed up the fracas: “Throughout your client’s obstruction of the CACF room, it made a number of direct allegations and innuendos understood to mean that our client and its staff have been accepting bribes, misappropriating funds and/or not dealing in an arm’s length fashion. These assertions were inflammatory and entirely unfounded. We request your client immediately cease and desist from such conduct.”

Kashif Khan is director of Toronto properties for Vancouver-based Westbank Corp., which built the Shangri-La starting in 2008, and is now the liaison between the hotel and the condo corporation. He was present at the April 2 altercation and said the incident was "something I’ve never experienced in my lifetime.

"I used to work for Marriott hotels. In 20 years I’ve worked across the U.S., Canada, Australia, the Middle East. I’ve had challenges, but nothing like this. It’s very disappointing.”

On April 22, another letter from Torkin Manes LLP and the hotel claimed the board "has unilaterally renovated and assuming exclusive use of the Fire Pump Room [another shared space, this one on the 18th floor of the building] as its management office. … Our client does not approve renovations, work or your client’s use of the Fire Pump Room. We require your client to immediately cease and desist from such conduct and remove any work or renovations undertaken.”

A subsequent statement signed by the condo board said "all issues with respect to accessing the fire control room have been resolved. … The board’s action stemmed from the fact that the key was not in the safety box as it ought to have been in addition to other significant concerns.”

Mr. DaMicheli referred substantive questions to the corporation’s lawyer, but did say “[The new board] have done everything in good faith and everything is perfectly run, but there is a group of old board members who are trying to get back into power.”

Because of pandemic safety restrictions, a city supervisor said an inspector assigned to investigate the matter has been unable to physically inspect the work.

Speaking on behalf of the board, member Bill Waldman said that unused space in the room was simply being reconfigured. “From the very beginning our building wasn’t really furnished with proper office space, that’s part of a larger lawsuit,” he said. The civil dispute over building services was launched by previous board leadership.

Some owners who were unwilling to speak on the record described a threatening atmosphere in the building. The Globe has reviewed several letters sent to owners in the building warning them that alleged emails and other communications “interfering” with the condo board’s governance “can no longer be tolerated.”

“While you are free to communicate with owners and requisition meetings under the Condominium Act … you are not entirely free to take steps with a deliberate intent to interfere with the Condominium’s business,” reads the letter drafted by condo corporate counsel Carol Dirks of Fogler, Rubinoff LLP. “You will also be held responsible for the costs of sending this letter to you pursuant to the Declaration and the Condominium Act, 1998. The cost for sending this letter is estimated to be $450.00 plus taxes.”

After The Globe and Mail’s inquiries, another statement was sent to building owners containing a similar warning: “It is regrettable that a small group seems to be purposely misconstruing, for whatever reason, some actions of our board. This negativity is harmful to all owners. … We hope that this media inquiry will not negatively impact on the value of our property.” 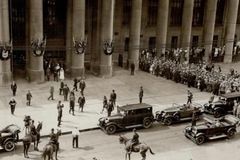 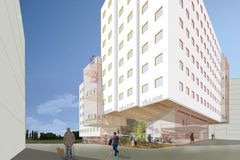 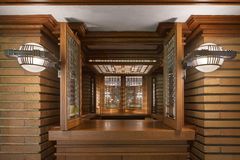 Pandemic no obstacle for some Toronto-area home buyers
May 13, 2020
Toronto city councillor warns of eviction notices issued during pandemic
May 6, 2020 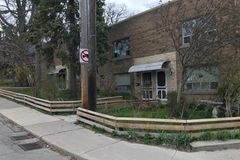 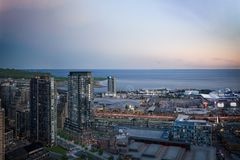