After a Supreme Court ruling, the war for control of Toronto real estate data should be over. But the victorious Competition Bureau, the defeated Toronto Real Estate Board and even many of the board’s own members remain at odds on a number of legal and technical details.

The most pressing dispute seems to be over timing. In 2016, the Competition Tribunal gave TREB 60 days to stop abusing its dominance and restricting the way its members made use of the multiple listings data provided in its data feed. Some real estate companies have created what are known as virtual office websites (VOWs) and, through them, made the TREB data available to the public to conduct their own property searches. The Tribunal ruling included a demand that TREB stop cracking down on members who published home sale prices online.

TREB’s view is that the clock began ticking on that 60-day deadline on Aug. 23 when the Supreme Court of Canada declined to hear the board’s final appeal to the order.

“The new VOW agreements and technical issues are the only reason it takes some time. We are hoping to get the data into the VOW feed by mid-September if the bureau agrees to waive the 60-day period,” said Brian Facey, a lawyer with Blake Cassels & Graydon LLP who represents TREB. The board has promised to be in compliance by Oct. 22.

Meanwhile, as soon as the Supreme Court ruled against TREB, multiple online brokerages began posting selling price data. Zoocasa was one of those companies: one of its products is an interactive map plotting home listings that can be filtered by “active listings” versus sold listings. The response from the public was strong: “Average daily web traffic to our home page was up almost 100 per cent for the period between Aug 24-28 compared to the daily average between Aug 1-23,” said Zoocasa head of communications Janine Rane.

Just a few days later, on Aug. 27, TREB sent its members a legal warning to stop posting online details, such as a listing’s selling price, unless that information was put behind a registration wall that required a password. “Consumers can only access data through a password-protected virtual office website (VOW) operated by a TREB Member for informational purposes in the context of residential real estate transactions,” the statement read.

Zoocasa, as with most other Toronto real estate sites, changed course and locked up that sold information; now those mapped points with sold houses are blurred out and the text reads “sign in to view this home.” Again, users responded: “Account creations/sign ups saw a 1,500 per cent increase for Aug. 27 and 28 compared to a typical day in August,” Ms. Rane said.

The industry’s licensing body, Real Estate Council of Ontario, also issued a statement that publishing such selling price information might constitute an advertisement, which is not allowed under the code of ethics in Ontario’s 2002 Real Estate and Business Brokers Act (REBBA), which governs realtors.

The password and the advertising issues were addressed in the tribunal’s 175-page document listing its reasons for the ruling, published in 2016. Regarding REBBA, it wrote: “The Commissioner notes that the Ontario Superior Court of Justice decided in 2009 that the publication of MLS listing information on a website did not constitute advertising in contravention of TREB’s Rule R-430 or subsections 36(8) or (9) of RECO’s Code of Ethics (TREB OSCJ at paras 109 and 112).”

On Aug. 29, TREB acknowledged there was a great deal of confusion over the meaning of the ruling. “Members and consumers hold varying beliefs about what the Order means and TREB is taking measured and responsible steps to ensure that any information we provide on this complex issue is accurate,” read a statement, which was tweeted out by TREB’s account. “TREB is working to stay within the limits of the law and the Tribunal’s Order during the transition period and is prepared to pursue legal action against those who do not operate within those limits.”

“This is the most drama I’ve seen in organized real estate in my career,” said Dave Fleming, agent with Bosley Real Estate. “I think that TREB is still looking to find a way to make the sold data restrictive, and I think their end-game is certainly not to have every single sold price posted online. TREB is doing what they think is best for their membership, but if they did a poll they would find most agents are in favour of sharing data.”

Mr. Facey said TREB is not trying to restrict data, although in a call-in interview with Toronto radio station AM640, he did appear to offer a motive for some of TREB’s stands on where sold data should appear online. “What I paid for my house, or sold my house or what you sold your house for, if you don’t want that out there it probably shouldn’t be out there,” he said, again citing privacy laws.

As interim Commissioner of Competition, Matthew Boswell said last week: “The privacy concerns have been litigated to the ground.”

The bureau said it would be inappropriate to comment on whether it has warned TREB about its hard line on passwords or other issues.

Mr. Fleming said that, when push comes to shove, agents will likely accept TREB’s interpretation of the rules for what data can appear where. “Who do you take your lead from? Do you take it from the Competition Bureau, or do you take it from the TREB who gives you access to the tools you need to make a living? Ninety-nine per cent are going to take their cue from TREB. If an agent gets in trouble, will the bureau be there to have their back?”

Lawrence Dale, founder of Realtysellers, a defunct discount brokerage that sued TREB for alleged anti-competitive practices in 2002, believes that in some ways the battle over sold data and passwords is a sideshow and that, despite the Competition Tribunal’s order now being in force, the competitive damage to the industry has already been done.

“TREB is the real winner here. By TREB controlling VOWs from the infancy of the internet until now, it allowed them to prevent a dominant player from emerging at a time when they had a technological and financial advantage,” said Mr. Dale. “You win on the internet at being first, not necessarily better. It’s too late now. I know that first hand.” 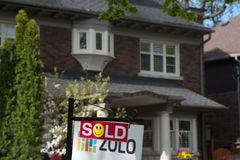 Globe editorial: Court ruling should be a boon for all Canadian home buyers
August 28, 2018

TREB looking to ‘protect’ home-sales data, despite fact some realtors are already posting it
August 27, 2018 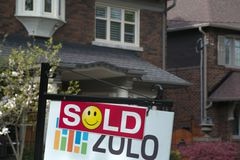