In recent years, Toronto’s condo market has been a story of rising prices, rising rents, limited supply and a decoupling from the detached market. And as analysts and developers look at 2019 there are signs the market could get rougher still for new buyers, builders and renters.

The first issue could be affordability. “New condo prices are shutting out first-time buyers in the city,” said Shaun Hildebrand, president of real estate market analysts Urbanation Inc. Preconstruction condos are set to top $1,000 a square foot in 2019, a dramatic 68-per-cent increase from 2016’s average presale price of $595 a square foot.

Traditionally, presale condos are more expensive than what’s in the resale market (a function of having to price unbuilt condos for future sale). But over the past three years, resale condo prices soared 50 per cent, initiating a frenzy in 2017-18 where buyers rushed to lock up more almost 60,000 presale deals at what looked like sure-fire discounts. “In 2017, resale prices were higher than presale … that’s what sparked that huge rush,” Mr. Hildebrand said.

For subscribers: Condo buyer’s guide: How to get into a hot real estate market without getting burned

Resale-price growth slowed in 2018, but Urbanation predicts prices could grow 6 per cent on average in 2019, extending the 19-month trend where condo prices grew faster than the detached home market – all the more remarkable when you consider that between 2012 and 2017 detached-home prices grew faster than condos for 62 straight months.

On the flip side, if increased supply causes resale prices to moderate, that is most likely to hurt recent buyers – including investors counting on continued high rent growth to pay the mortgage on their units. This year, developers could break records for the delivery of finished condo apartments. Mr. Hildebrand estimates almost 25,000 units might be released by developers. That’s a big supply jolt for a market that has delivered fewer than 15,000 finished units over the past two years.

Urbanation analyzes records in Toronto-area multiple listing service to gauge rent growth. In 2018, the number of leased units hit 27,426, and average rents increased 9.3 per cent. While an analysis published by Rentals.ca suggested 2019’s condo rents could grow 11 per cent, Urbanation cautions that even though the number of new units being rented has fallen below 30 per cent of all delivered units in recent years the sudden arrival of about 7,000 rental apartments could reduce the rental frenzy somewhat.

“One of the driving forces in strong rent growth is a low level of condo completions. As history has shown, as completions move higher rent growth tends to slow,” Mr. Hildebrand said. “Not to suggest rents are going to fall; there’s room to grow, but not by 10 per cent a year.” The upshot is that rents will remain at record highs, but perhaps not high enough for investors who overpaid for condos in recent years.

Developers are looking at an entirely different set of problems: Construction costs rose 7.2 per cent in 2018, with no signs of slowing down as there’s more units under construction in the GTA than ever before.

Gavin Cheung, vice-president of CentreCourt Developments, also thinks the combination of rising costs and slower time to construction could even cause more condo project cancellations.

“I think it’s just the leading edge of the sword, and it’s horrible for our industry,” Mr. Cheung said. “It’s very common in the industry to take their time [preselling], maybe 80 to 90 per cent of units, and then turn their mind to getting their drawing and approvals. All of the sudden you’re two years removed from when you sold the product. The costs now really are astronomically high; if you sold in that market two or three years ago you’re going to have a difficult time.”

CentreCourt’s buildings, focused largely in what it dubs Toronto’s “east core” – the area south of Bloor Street and east of Yonge Street – are so far on schedule. One of the first releases of 2019 will happen at its 50-storey, 563-unit Grid project at 181 Dundas St. E. Even though he says it was a relatively speedy 30-month project, he acknowledges many of those presold apartments look like a bargain today.

“We definitely left money on the table,” he said. “But it’s good for our long-term brand – letting people outside of the developer benefit from that appreciation.” 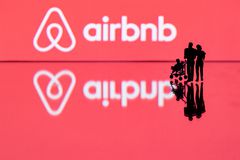 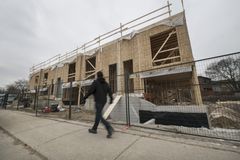 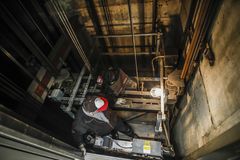