The last time I met Johanna Hurme was to talk about parallelograms. I was writing about a rhombus-shaped house designed by 5468796, the boundary-pushing, award-winning Winnipeg architecture studio Ms. Hurme is a partner in, with Sasa Radulovic and Colin Neufeld. Now, we are talking circles. 5468796′s 62M is one of the city’s most surprising new condo complexes: A disk-shaped building that rises on concrete stilts in an industrial area of Winnipeg. (It’s name comes from its address, 62 MacDonald Ave.)

The building hovers over the busy Disraeli Bridge like a drone, or a flying saucer, as city residents like to call it. Each unit in the round building is divided into equal size wedges, like slices of a pie. But, says Ms. Hurme, the unusual geometry wasn’t frivolous. “I think we often get accused of trying to be iconic, trying to do something shocking. This project was anything but. It was hyper logical in the sense that one step of discovery led to another. The architecture was less driven by aesthetics than thoughtful responses to site constraints and end goal market realities.”

The limitations driving this project were indeed numerous: It’s at the very edge of a developed waterfront area, accessed by a dead end lane. One one side is a series of industrial sheds, on the other, the bridge. There is no street frontage to the site. Its marginal location dictated starter condos prices. (Units start in the low $200,000s and rents start at $1,100.) But it’s an area the studio knows well, having completed another housing complex nearby. Sasa Radulovic likes to call this industrial area his playground.

Breaking down the thought process behind each bold movement behind 62M’s design, Ms. Hurme illustrates how each was in response to the last and all were in response to the tiny budget. Their first decision was to lift the building on 35-foot concrete columns. “The site was tucked in behind all those windowless walls. We had to build it up for people to gain views required by the market,” Ms. Hurme said. The architects planned to keep the design at no more than three stories. It ended up being two, with 20 units on each level.

Parking is sited on grade in the building’s underbelly; this helped determine the number and size of columns; less but taller worked. Twenty columns ring the building’s perimeter, spaced between parking stalls. (Landscape plans include 62 jack pines occupying the negative space of the parking lot.)

The studio ran calculations on floor versus envelope area and found that they could gain 30-per-cent more perimeter if the building was round versus rectangular. And so a circular frame, that was set on a steel-beamed plate went up atop the columns. A concrete core anchors the structure and serves as the entrance, containing a scissor stairwell, elevator and service shaft. Most every other part of the building was prefab, built off site, in wood or concrete then craned in and finished.

Cortex steel shingles sheathing the building and steel fins on the window mullions make for intriguing plays of light and shadow and lend a raw, industrial touch that respond materially to the neighbourhood. At dusk when its lit from within and “floating” over the bridge, it’s quite a surreal site.

Because the suites were prefab and lifted to the platform assembled, they needed to be simple elements. Twenty identical units were cast. Making each the shape of a piece of pie, or, as Ms. Hurme says, “more a pie with a bite out of it” (for the front door), allowed them to save space at the front, and maximize window frontage within the unit. Within each is an airy open studio with living/bedroom area and corner kitchen; utility spaces occupy the narrow end at about five feet then the space splays out into 22 feet at the window with floor-to-ceiling glass frontage offering sweeping views. Each unit is 610 square feet.

Upgraded suites have utilities in a three-foot built-in millwork bar along one of legs of the triangle, hiding within it a bathroom, laundry and a storage closets that pull out like pantries. There’s also a floating tub at the narrow end which can be closed off, with a wall that doubles as a room divider. Other units have small dens and Murphy beds.

The suites look out onto two views: one the downtown skyline, which the architects and developers assumed would be more sought after and priced accordingly, and ones that look onto the bridge. But the latter turned out to be just as popular for their cinematic views of cars coming round the bend of the bridge.

The triangles become a circle and on top of the circle is bijou rectangle crowning the central shaft of the building. This was an inspired afterthought. The two-level glass enclosed addition became the penthouse suite offering 360-degrees over the city. It’s jointly owned by the developers and architecture studio who lend the cool space to visiting artists (Winnipeg’s art community has a reputation for being mutually supportive, and Ms. Hurme is deeply engaged in the community) and rent it out through Airbnb otherwise.

Ms. Hurme also lived in one of the units for some time. What’s it like living in a triangle? Did it ever feel like the walls were closing in? Not at all she says: “I loved the window and the panoramic view.” If anything was disorienting, she says, it was the hallway. “At first as there is no point of reference in the hallway, you can’t say ‘go to the end,’ because you keep going around.”

Initially the building was meant to be used as a residence for medical students. (One of the first investors was a doctor who later left the project). It then morphed into a mixed condo/rental building. When the need for the extra dynamic social component of a residence changed, the architects decided to make the core open air; the circle became a donut as they imagined new kinds of social zones. Thus the small circular hallway open to the sky and air. with each of the units facing the core wrapped in a chain link fence.

The idea was to make something antithetical to the traditional long tunnel-like something that could encourage social interfacing. The exposed “agora” is not new to the European-born architects (Ms. Hurme is from Helsinki, Mr. Radulovic from Sarajevo.) But though natural light is a lovely detail and seeing bikes locked resident’s bikes locked to the chain link all around adds another layer of urban charm, it’s not intuitive to have a common space in the centre of a round building open to the elements in a city like Winnipeg when winter temperatures are typically negative double digits, with more blustery frigid air coming off the neighbouring river.

Mr. Radulovic said in an e-mail: “It’s a question of value we grapple with all the time. … Should we be designing for one or two months of extreme weather, or designing for 10 or 11 other months? In this case we decided with our clients that the benefits outweigh the drawbacks.” (Fair enough though Winnipeg winter is typically more than one or two months of extreme weather). A heated cavity below the first-level floor mitigates cold air. (Condo fees run about $300 a month.)

The hallway’s reduced footage – it’s 4 1/2 feet wide – and open air style was of course cheaper to build, but its also cheaper and energy efficient to maintain, Mr. Radulovic says: “It reduces energy consumed to heat, cool and ventilate the corridors for the next 50 years.” (And though it was built before the pandemic those fresh air halls can only be a selling point, now.) If residents can get over the psychological barrier of thinking that you are indoors the minute you cross the building entrance, then there isn’t much difference from opening the front door of a house.

For all the questions it asks, and answers, and sometimes partially answers, 62M allows first-time or budget-minded condo owners and renters to live in an architecturally dynamic building that, despite its nickname – the UFO – doesn’t impose itself negligently on the city’s line. It creates a strong connection to the neighbourhood while also elevating it. 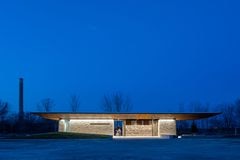 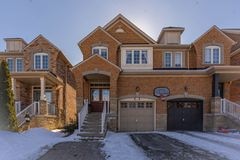 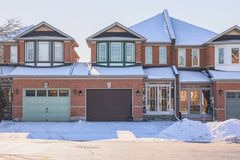