For everyone bracing against Toronto's deep freeze this week, spring seems a distant chimera.

In Toronto's real estate market, however, spring begins about the third week of January.

Patrick Rocca, a broker with Bosley Real Estate Ltd., is beginning to get calls from homeowners planning to sell. But for now, he says, the market remains very slow in midtown Toronto.

Mr. Rocca, who specializes in the Leaside and Davisville neighbourhoods, says there are very few houses on the market. While Christmas sometimes brings dramatic deals just as people are sitting down to holiday meals, Mr. Rocca didn't hear of any coming through his office this year.

He represented a couple of downsizing clients who had sold their houses in October and November and each made condo purchases in December. They didn't have to compete, he says, but one paid the full asking price while the other paid slightly less.

The buyers who tend to strike a bargain at Christmas are those who purchase a newly built house from a builder.

"The deals to be had around that time of year are high-end homes that have been sitting."

The main refrain in Toronto's real estate market in 2014 was that buyers were stymied by a lack of listings.

or six times to bid on his listings.

The Toronto Real Estate Board reported this week that the resale housing market in the Greater Toronto Area saw sales rise 9.6 per cent in December compared with December, 2013. The average price swelled 7 per cent in the same period.

For 2014 in the resale housing market, sales rose 6.7 per cent in the GTA in 2014 compared with 2013, according to TREB numbers. The average price jumped 8.4 per cent last year compared with the previous year.

"The strong price growth we experienced in 2014 can be explained with two words: listings shortage," TREB's director of market analysis, Jason Mercer, said in a statement.

Looking at the luxury market, for 2014 as a whole, Sotheby's International Realty Canada reports that the GTA had the greatest gains of any major Canadian city.

Sotheby's International Realty Canada expects that momentum to continue in the GTA in 2015. Demand is expected to outstrip supply in Toronto and Vancouver, the firm says. Much of the demand in the luxury tranche is coming from overseas, the report adds.

Houses in the $1-million to $2-million range are highly sought after in Toronto, the report says, and are no longer considered a luxury. Now that price range is considered fairly average for a conventional single family home in Toronto.

The dearth of listings below $2-million has pushed some buyers to take advantage of low interest rates to get into the $2-million to $4-million tier, says Sotheby's International Realty Canada. Sales in that segment rose 40 per cent in Toronto and 50 per cent in Montreal in 2014 compared with 2013, the report says.

In the GTA, sales of condos in the $1-million to $2-million range swelled 53 per cent in 2014 over the previous year.

Looking at some of Toronto's wealthiest enclaves, Sotheby's International Realty Canada says that in November, 2014, the average sale price for a single family home topped $2.2-million in Rosedale-Moore Park and $2.1-million in Forest Hill. The Bridle Path and posh nearby areas saw the average selling price rise above $3.2-million.

As for more modest price segments in the GTA, Shawn Lackie, an agent with Coldwell Banker R.M.R. Real Estate, says sales in Durham Region, east of Toronto, were slow in the last weeks of 2014.

"Last year at this time I was running like a mad man. This year not so much."

Listings are down, he says, and the overall mood seems to be one of uncertainty.

Mr. Lackie points out that the weather was much calmer in December, 2014 compared with the ice storm that blasted the GTA in December, 2013 so weather doesn't explain wasn't the slower sales.

He muses that the drop in gasoline prices threw consumers for a loop – even though spending less to fill the gas tank would seem to be a positive development for anyone with a vehicle.

Wouldn't drivers be less worried about budgeting for their commute and more willing to spend money on a house or condo unit?

Mr. Lackie wonders if the unpredictability about how long pump prices will remain low has created a kind of paralysis. People don't know what to do with the lower energy prices so they do nothing. Perhaps they're afraid that if prices go back up, they'll spike to an extremely high level, he speculates.

Over the longer term, Mr. Lackie expects that Whitby, Oshawa, Courtice, Bowmanville and other nearby communities will see an influx of house hunters as the extension of Highway 407 is completed.

He's been watching construction and says the expressway is scheduled to open in December, 2015. 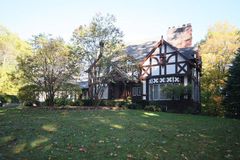 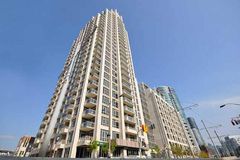 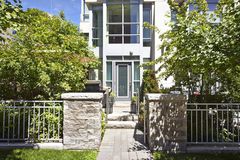