Nearing retirement age but nowhere near ready to retire, real estate agent Tim Hiltz and his husband, horticulturalist Mark Hiltz, decided they'd realize a long-held dream of opening a garden and plant store, with an emphasis on local and sustainable products.

The real estate market had slowed for Tim, so the time seemed right for their retail venture. They figured Coal Harbour would be the ideal location for their new venture, what with the thousands of condo dwellers and all those little balconies in need of greening. They opened Coal Harbour Green Design 11 months ago, and geared their store to balcony-sized gardens, with space-saving wall-mounted planters and self-watering containers for the couple who travel.

Their clientele came from all over the world, and they enjoyed the interaction. But they soon discovered that their customers were mostly part-time residents, people who spent only a few weeks or months in Vancouver and couldn't take on the responsibility of a garden.

They already knew a lot of the condos were investor-owned and empty, but they didn't know a hefty share of them are occupied for only a few months a year, Tim says.

"One lady said to me, 'I'd love to have beautiful flowers on my balcony, but I'm here for only two months out of the year,'" says Tim, who has written to the city to try to do something to stimulate growth in the area.

He sees three main groups making up the bulk of Coal Harbour's transient population; those from abroad, Americans and snowbirds.

"People come from the Middle East, they come from Taiwan, China, Singapore, Korea, from all over. There's a component from the United States, because it gets too hot in Arizona or Palm Springs during the summer so they come up here, where the climate is so much milder.

"And then the third component is moms and dads who've retired and sold their Point Grey home and have gone into a Coal Harbour condo. They go away for the winter."

After brisk business for most of the summer, September brought a huge drop-off in customers. Many explained they were returning home to the U.S., the Middle East or Asia. Some asked the Hiltzes to over-winter their plants until they returned in the spring.

With a 21/2-year lease, they plowed on. Tim says Mark loves "the Christmas bling," so they decorated the store and stocked it to the rafters with Christmas paraphernalia. Then they waited for customers. And they waited. During the entire month of December, they sold perhaps one $20 item, he says. It hit them hard.

"It was sad. We will never buy Christmas inventory again."

There's a reason people are calling it "Cold Harbour."

The Hiltzes realized they'd made a huge mistake by trying to make a go of it in Coal Harbour. In March, Tim wrote to the mayor and council explaining that, as things stand, there is simply not enough of a community to sustain a business. With so few people about, Tim was also noticing more graffiti and anti-social behaviour.

"With that absence of people and absence of life at a street level, what do you have left for those seven months of the year? You have a very empty, very desolate, very cold environment. This belongs to the people of Vancouver – the waterfront and seawall. It's incumbent upon the City of Vancouver to bring vibrancy to the community whether that be in the form of public events or really changing the way we look at Coal Harbour as a public resource."

Down the street from their business, two other storefronts are empty.

The Hiltzes have now decided to close shop and suggest that whoever takes over their lease should run a business that isn't dependent on foot traffic, such as a hair salon or doctor's office with a built-in clientele. They will continue in the garden business, but no longer in a retail capacity.

"Someone came in the other day and said that Coal Harbour doesn't have a heartbeat," Tim says. "I thought that nailed it. There is nobody here. It's gorgeous, with this view of the water and marina and mountains, but there are no people.

"… [A]bout one-quarter of the condos are empty here, that's true, but when you add into that this component of non-resident owners who come here for a five-month period, that leaves the area empty for seven months of the year. You can't run a business with that." 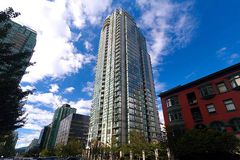 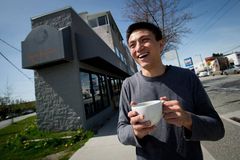 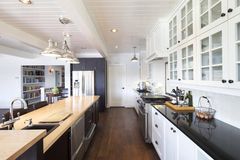