Ariel Brewster never imagined a day when she would boldly step into a bidding war for a rundown Toronto semi with an offer of $102,000 above the asking price of $479,000.

Even then, Ms. Brewster and her fiancé didn't get the house.

"We were in contention all night and our agent was texting and calling us with updates." The couple spent the evening as nervous front runners until 10:30 when their agent called in shock.

"You guys won't even believe this", said Darryl Quinn of ReMax Unique Inc.

A last-minute bid had just obliterated theirs.

"It was a ridiculous offer that just blew everybody away," says Mr. Quinn.

"It's pretty wild out there now," says Mr. Quinn.

In April, sales jumped 18 per cent and the average price rose 8.5 per cent in the Greater Toronto Area compared with April of 2011. Even as chatter about a price bubble in the city rises to a din, some people fear prices will just keep climbing.

Mr. Quinn believes the successful bidder for the Sorauren Avenue house had submitted a lowball offer in the first round, then came back at the last second with the nuclear offer.

Mr. Quinn felt badly for his clients, but he adds that while listing agents may try to smooth the process by setting a "schedule-for-offer" date, some buyers and their agents ignore the schedule and arrive long after the deadline to register.

"They will just literally show up and ring a doorbell."

Aspiring home buyers, who already feel frustrated by the need to bid for a house, become downright irate when they lose out to a maverick bidder who appears to be breaking the rules.

Mr. Quinn points out that buyers and their agents who dispense with the schedule are not breaking any regulations – agents have a responsibility to present all offers.

What surprises Mr. Quinn this year is the big numbers that sellers are receiving over the asking price.

In previous years, the popular rule of thumb was that prospective buyers would add another $5,000 for each bid registered.

"The sale prices are blowing my mind."

Mr. Quinn says the action has been intense in the past weeks because buyers who were pre-approved for mortgages with an ultra-low 2.99 per cent interest rate during the winter are about to run out of time.

Also, he believes investors who are selling now in order to cash in are skewing the market dynamics.

"A lot of people in the past five years really have been buying houses as investments and not places to live. They're really going for top dollar."

"If somebody shows up at the last minute, why wouldn't we look at it?

"Until you put your signature on the paper, we are open to anything."

The Real Estate Council of Ontario administers the Real Estate and Business Brokers Act. While some prospective buyers have complained about the Wild West feel to Toronto bidding dust-ups, RECO president Tom Wright says the rules have to be flexible enough to cover all of the segments of the market in all its ups and downs.

And while bidding skirmishes are the norm in coveted neighbourhoods where single-family homes are in short supply, most houses or condominium units don't actually sell in multiple offers in the GTA.

RECO only oversees the agents, not the buyers, says Mr. Wright, adding that the spring market has been particularly frenzied this year.

He cautions sellers to not become so confident that they drag out the bidding and end up with no offers.

"Sellers have to be careful not to chase potential buyers away."

Ms. Brewster isn't sure if she's disappointed or relieved that she lost out on the Roncesvalles area house with knob-and-tube wiring inside and a garage rotting into the ground outside.

"It was a real fixer-upper," says Ms. Brewster. "Literally the linoleum had worn through to the sub-floor. It would have been a real labour of love for a solid five years."

She and her fiancé were able to look beyond the orange velour curtains and see the potential for a lovely family house, but they know other properties will come along.

"We never really thought we'd be those people who would offer $100,000 over asking but in this situation it made sense."

Now they're going to stay out of the fray for a while and focus on getting ready for their wedding. 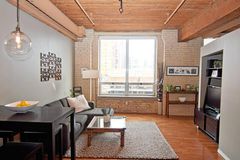 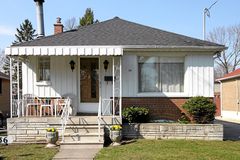 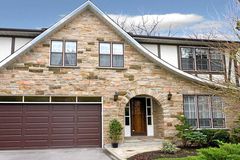