The B.C. real estate industry's self-regulating body has stepped in to impose a list of conditions on New Coast Realty, the result of a Globe and Mail investigation that revealed a controversial, informal training session at one of Vancouver's fastest-growing real estate firms.

On Friday evening, The Globe posted an audio recording of New Coast owner Ze Yu Wu instructing his firm's real estate sales teams on how to make a quick commission by talking clients into selling their houses for less money than they want.

Acknowledging the allegations as a "serious concern," the Real Estate Council of British Columbia immediately announced a list of new conditions, including that Mr. Wu – who is not a licensed real estate agent or managing broker – no longer be allowed to conduct such training sessions. Instead, the firm has been ordered to appoint a new managing broker, to be approved by the council. The council also says training sessions for the firm's 445 agents must now be conducted only by the managing broker.

"This action does not signal the end of an investigation," Larry Buttress, the council's deputy executive officer, said in an e-mailed statement. "Further actions from the council are possible, if warranted."

New Coast must also submit monthly reports to the council of all transactions and activities, as well as any complaints received by the company. Anyone with account-signing authority must be approved. New Coast has also been ordered to hand over all records related to commission bonuses and contract assignments, the legal – yet controversial – practice also known as "shadow flipping," where a property is resold quickly before the initial deal closes.

The council said it first initiated an investigation earlier this month after The Globe requested comment on the content of the audio recording. Mr. Buttress said privacy legislation prevents the council from disclosing whether it had other ongoing investigations into the company, which was founded in 2012.

In an interview with the Chinese-language publication Sing Tao posted on Sunday, Mr. Wu indicated he will be making improvements. According to a translation of the article, Mr. Wu said that "there is an urgent need to reflect on and improve the company's business model, and to be more tolerant and make less enemies."

Sing Tao reported that Mr. Wu said New Coast "welcomes the investigation and supervision," and he "admits that they need to reflect on the existing business model, summarize and draw lessons in order to make it better."

New Coast's lawyer, Simon Coval, did not respond to a request for comment from The Globe after the licence conditions were imposed.

Recent New Coast client Sukhjit Bassi praised the council's actions as a start but said he remains skeptical of what the regulator will accomplish.

"What latitude do they have to actually do anything?" he said.

Mr. Bassi said he will be filing a complaint with the council over the the actions of his agent, Sandra Li, who he alleges was "working both sides" and cost him more than $250,000 when he sold his Richmond home last December. He alleges he was deceived by Ms. Li, saying he believes she helped arrange to flip his property to another buyer right after he sold, for a higher price, without telling him.

Mr. Coval responded earlier to that accusation by saying that Ms. Li had no knowledge that Mr. Bassi's property was being flipped. (The Globe has e-mails showing Mr. Bassi informed her about the transaction in February.)

Dan Morrison, president of the 12,500-member Real Estate Board of Greater Vancouver, said his organization is now determining whether it needs to investigate the company and its agents.

The board has already disciplined New Coast twice in recent years. Confidential decisions obtained by The Globe show that in 2014, two agents and a broker were fined more than $10,000 for putting misleading information in New Coast flyers. In 2016, New Coast and its staff were again fined a total of $10,000 for allowing an unlicensed assistant to access the MLS system.

In its latest news release, the Real Estate Council of B.C. said the "significant number" of New Coast's current clients can be assured that their deals will not be prevented from closing.

"Those consumers have contractual obligations that they must meet, and the council does not wish to impede the transactions. The conditions that have been agreed to with the brokerage will ensure that those transaction are able to proceed, and that the appropriate controls and oversight will be in place," stated Robert Fawcett, the council's executive officer.

Vancouver MLA David Eby, opposition critic for housing, said he is disappointed it took a Globe and Mail investigation for the regulator to take action against the company.

"It's almost a perfect analogy for their policing of the entire sector: There has to be an audio recording detailing serious allegations of misconduct before they'll even start to look at taking action," Mr. Eby said. "It's really disappointing from a consumer's perspective."

Mr. Eby said the council should be initiating a forensic audit of all New Coast's past transactions, not just scrutinizing new deals.

Carolyn Rogers, CEO of the province's Financial Institutions Commission, said in a statement Sunday that the independent advisory group asked by the province to review the council's regulation is also monitoring the current investigation into New Coast.

With a report from Daisy Xiong 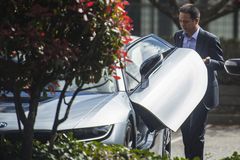 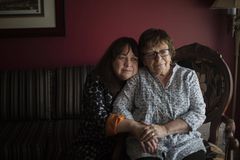 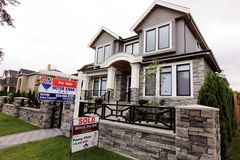