The mood in Toronto's housing market is remaining buoyant this summer as buyers and sellers both appear to be full of brio.

This week, just as Fitch Ratings was once again warning about lofty prices in Canada's housing markets, a survey was released showing that Canadians' confidence in real estate has swelled to a high this year. Fitch says Canadian home prices are overvalued when compared with historical charts of the economic fundamentals – such as employment growth – that normally drive sales.

This is not the first time the U.S.-based credit-rating agency has warned about valuations in Canada's real-estate market and now Fitch says further intervention by the federal government may be needed.

Meanwhile, the Bloomberg Nanos Canadian Confidence Index, which measures the economic mood of Canadians through a weekly survey, shows that people in this country have become upbeat – especially when they think about their property values. It found that perceptions related to the value of real estate in people's neighbourhoods are 10 percentage points above the six-year average and seven points above the 2014 average.

Theodore Babiak, a broker with Royal LePage Real Estate Services Ltd., says he continues to see "a lot of positive sentiment" out on the streets of Toronto's west end. He says May and June were strong sales months after a slow start to the spring season. But with more listings available, buyers didn't feel as much pressure to jump into competition. "I think buyers are experiencing offer fatigue."

Mr. Babiak sold a house last week for more than the asking price – even after it failed to draw a buyer on offer night. He says it's not uncommon for buyers to wait a few days after the offer night and then make a move. Still, the sellers under those circumstances don't typically get more than asking. "It just happened. We were fortunate," he said of last week's deal.

Somewhat perversely, he says, if a property doesn't have an offer date, buyers tend to freeze. "If it's realistically priced, they don't act; but if it's ridiculously underpriced they all pile in. They're like lemmings." He adds that it's still the norm to set an offer date for solid listings with an asking price of less than $1-million or so.

As for sellers, Mr. Babiak says they are mostly willing to take advice when it comes to setting an asking price. When sellers seem too optimistic, he says, there are enough examples around of properties that languish because they are overpriced to make them see reason. "Most of the people that I deal with are realistic. They're selling for a reason."

Some people are retiring, he says, or perhaps they are making the move to a condo that is close to being finished.

Some real-estate agents discourage sellers from putting their house on the market in July because the market typically slows in the summer. But Mr. Babiak says he's advising homeowners to list if the timing suits them. "I don't know what's going to happen in the fall."

He suspects a lot of listings could arrive on the market in September and October. Sellers who are prepared to move may as well list while the field is not so crowded, he says.

And while the respondents to the Bloomberg Nanos survey believe the Canadian real estate market will remain strong, the results come with a warning.

Joseph Brusuelas, senior economist for Bloomberg LP, says rising equity prices on the Toronto Stock Exchange, among other factors, are creating a "wealth effect" that in turn boosts confidence.

"The Cassandras among us might point to the latest uptick in unemployment to 7.1 per cent, the decline in productivity in the latest quarter, the three-year downtrend in employment growth, and the potential of a top forming in Prairie economic activity as cautionary flags," Mr. Brusuelas says in a statement.

Real-estate sales on the upswing in Ontario’s cottage country
July 10, 2014 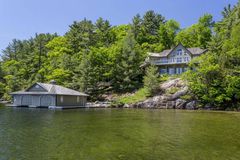 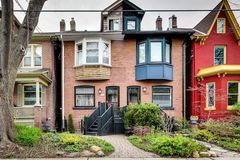 Toronto’s bull market in real estate looks set for an extended run
May 29, 2014 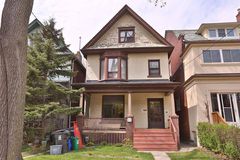