Michael and Carly Telpner weren't sure what offer night would bring for their semi-detached Toronto house with one bathroom and no parking.

They certainly didn't imagine it would bring $954,000. But after two rounds of bidding and a last-minute flurry, that price clinched the deal for their three-bedroom house at 512 Balliol St. The house had been listed with an asking price of $799,900. The final tally shows how tight the race can be.

On the night scheduled for reviewing offers, six prospective buyers submitted bids. Three were invited to a second round.

Even with all of the bids so close, Mr. Telpner says he wasn't tempted to aim for a third round.

The numbers show why so many sellers are grappling with multiple offers: The Toronto Real Estate Board reported this week that sales in the GTA jumped 11.8 per cent in the first two weeks of March from a year earlier. New listings increased 8.4 per cent in the first half of the month compared with the same period in 2014.

The average selling price in the GTA rose 10.6 per cent to $620,106 in the first half of March from a year earlier. TREB says the growth in prices was driven by gains in houses and townhouses.

Jason Mercer, TREB's director of market analysis, points out that a greater share of sales came from high-end detached houses changing hands. That dynamic helped to push up the average price.

In the Toronto condo market, sales swelled 12.9 per cent in the first two weeks of the month from a year earlier while the average price edged down 0.8 per cent.

Those who are wading into competition know how tense it can be. If you wonder if it's worth trying to appeal to the emotions of the sellers – as many agents do these days with hand-written notes and stories about their clients – Mr. Telpner says having the best offer is most important but he was also slightly swayed.

Mr. Telpner is a triathlete and he learned that the buyers were particularly keen on the gym he had built in the basement. "Price is first," he says, "but I was kind of gunning for them."

But he was also felt badly for a couple waiting outside in a car with their children. He figures they would have made good new custodians as well. "There's one asset and not everyone can win. I know the others were disappointed."

Mr. Telpner knows because he phoned the real estate agents of the runnersup the following day to thank them for showing up at the table.

"I wanted to make sure that everyone had a very positive experience," he says. "I was happy with the process."

Mr. Telpner, who works in international banking at Bank of Nova Scotia, says the outcome was "very surprising" for the couple's first property sale.

The price was a record for a comparable house in the area near Davisville Avenue. and Mount Pleasant Road, he says, adding the couple would have been happy with a selling price of $855,000 or $860,000. The other half of the semi had sold last October for $847,000.

Still, they thought the lack of parking could hold back the price. "That was what we thought was going to be our biggest hurdle," he says.

Real estate agent Sarah O'Neill of Royal LePage Signature Realty, who represented the Telpners, says people are vying to be in that pocket near Davisville.

"It was incredibly close," she says of the competition.

She points out that the couple had invested quite a bit in the mechanics and insulation of the house since buying it in 2007, and the interior was also nicely designed.

She says potential buyers are savvy these days and they can tell the difference between a house that has had solid investments and one that has just been fixed up to look better for sale.

Ms. O'Neill says buyers at this time of year often have frayed nerves. Multiple offer situations are very emotional she says, and even more so when there's a second round. "People have to decide very quickly what price to go to. It's tough."

As for the Telpners, they bought a detached house near Avenue Road and Eglinton Avenue in the fall, when buyers were more hesitant.

"People were wondering what was going to happen in the next year," Mr. Telpner says of the speculation about interest rates and other economic factors.

The property was listed with "offers any time."

The couple had looked around a bit but hadn't been serious enough about any of the houses they had seen to even make an offer.

The couple offered slightly above asking and the owners accepted. "We kind of lucked out," says Mr. Telpner of the timing of both transactions.

The market this week is a bit quieter one in Toronto, Ms. O'Neill says, because most agents will wait until after March break to put new listings on the market.

Plenty of buyers are likely to be circulating: This week the Bank of Montreal made news when it cut its posted rate on a five-year fixed mortgage to 2.79 per cent from 2.99 per cent.

Meanwhile, organizations including the International Monetary Fund and the Bank of Canada have warned that markets in some Canadian cities – including Toronto – appear overvalued.

Some economists warn that ultra-low interest rates are creating too much froth.

Ms. O'Neill believes that bidding contests will likely lose some intensity as the spring market gathers momentum: Typically the action is most fervid in the early part of the year when there are few listings and a lot of pent-up demand. As move-up buyers find new homes, they in turn list their current properties and the supply loosens up.

She expects that more listings will come on after the public and private school breaks, but the big surge in listings will follow the Easter and Passover holidays.

"I predict it will be gangbusters after that." 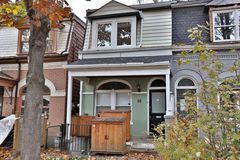 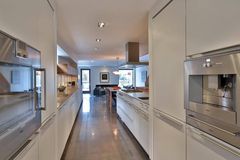 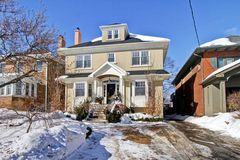