When Dutch engineer Koen van der Maaten moved to Calgary 10 years ago, he thought he’d found the perfect base from which to establish a geo-exchange design and installation company.

“There are great conditions here for geo-exchange and Albertans are already very good at and familiar with implementing the technology which drives geothermal energy.”

A decade on and, while Albertans have proved “slow to adopt” the idea of exchanging energy with the earth, Mr. van der Maaten believes things could be about to change.

“Alberta has such an abundance of oil and gas, there’s always been little interest in diversification of energy sources. But I think things are changing, we’ve seen a 72-per-cent increase in requests for estimates so far in 2016. Homeowners are becoming curious about solutions that don’t come with the cost fluctuations of fossil fuels.”

Geo-exchange is the process by which energy from the earth’s crust or a body of water such as a lake is harvested with a heat pump and used to heat or cool a building. It’s considered a form of renewable energy and involves piping buried two to three metres underground and a pump which is powered by electricity.

Mr. van der Maaten is currently installing a geo-exchange system in Heather Coulliard’s new build in Stanley Park, Calgary. Ms. Coulliard is building the home for her daughter and the aim is to create an energy independent, net-zero home that generates as much energy as it consumes. 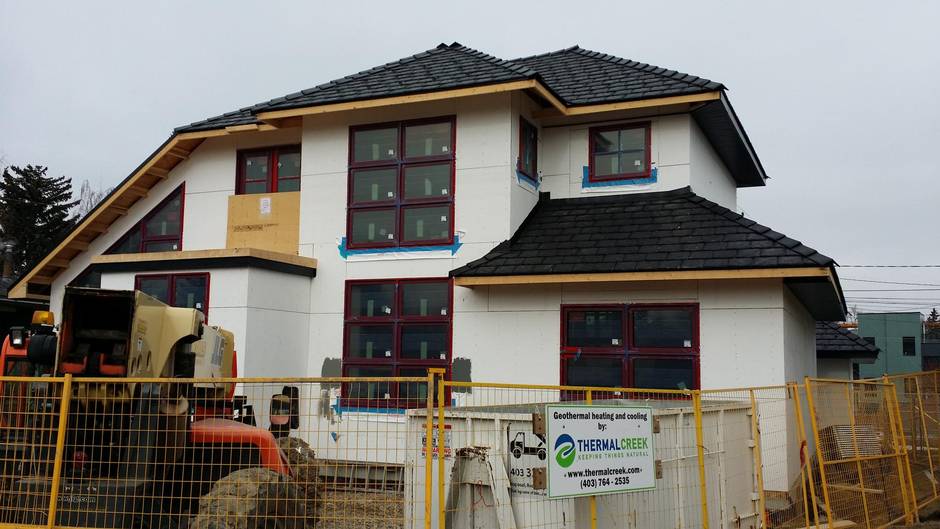 This will be the second home she’s built with geothermal technology and the first time she’s added solar panels to power the geo-exchange system.

“I built my first home using geo-exchange back in 2004. It was sort of a novelty, I guess. My husband thought it would be more efficient and we had friends in Manitoba who’d used it.”

Ms. Coulliard and her family were impressed with their new heating system – “We loved it; it’s very quiet and it heats the house really evenly” – but found their electricity bills “increased significantly.”

“You need to have solar powering the water pump to make it cheaper than a furnace,” says the 73-year-old, who’s also installing Magnesium Oxide insulation panels and triple-glazed windows, “but when you have solar plus good insulation it’s really cost effective in the long term.”

A solar powered geo-exchange system such as Ms. Coulliard’s would cost home owners in the region of $70,000 to install – $45,000 more than the cost of a traditional heating system. Mr. van der Maaten estimates Ms Couillard’s geo-exchange system will take just over nine years to pay for itself. It will also save five tons of greenhouse gas emissions a year, more than the average North American car.

“Pay back time is slower right now due to low natural gas prices but those prices fluctuate” Mr. van der Maaten says. “A better way to think of it is that if you add that $45,000 to your mortgage, it’ll cost you just over $100 per month more. If your energy bills are more than that, you’re cash positive from the beginning.”

Frank Kernick is the developer of Spring Creek in Canmore, Alberta’s biggest multiresidential user of geo-exchange. 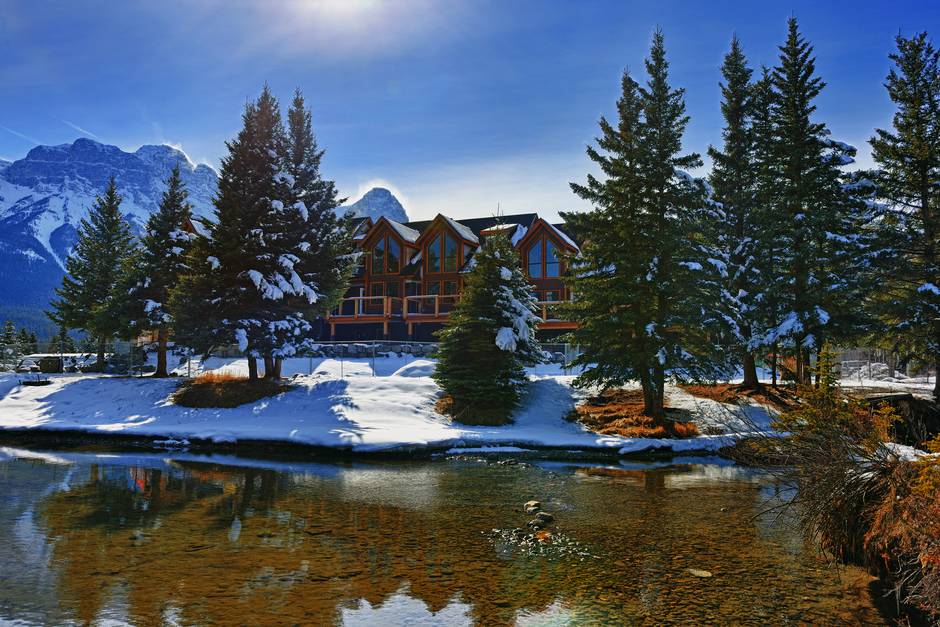 He’s spent the last 10 years working with the provincial government to establish policies to allow him to use groundwater heat pumps instead of underground heat pumps to heat and cool his 300-unit development.

“We wanted to dig a water well that wasn’t for consumption; the water is pumped back into the ground once the energy’s been harvested from it. The Alberta government didn’t have a policy for that so we had to create one. It’s been a pretty onerous process and continues to be so. That needs to change if we want other developers to use renewable energy sources like this,” he says.

Mr. Kernick admits the cost associated with installing geo-exchange over a traditional furnace will also be off-putting for many developers.

“It costs around $10,000 more per dwelling unit to install geo-exchange but I view it as an investment in our environment. It’s like buying a green car. The opportunity for developers to reduce greenhouse gas emissions is there.”

Mr. Kernick claims geo-exchange systems are four times more efficient that a traditional electric furnace. In a province where 74 per cent of electricity is generated by coal, Alberta has much to gain in terms of reducing environmental impact.

Despite the frustrations of policies and the increased cost, Mr. Kernick plans to install geo-exchange in a 60-unit condo building and a 120-room conference hotel, construction of which starts in April. It will be the first hotel in the province to use geothermal technology. 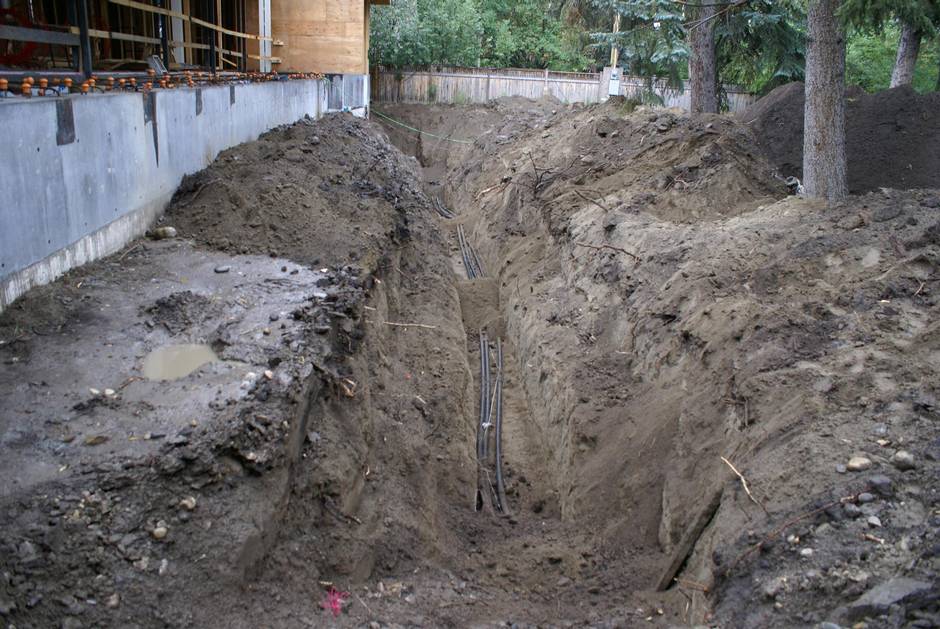 “It’s not the whole buying decision for consumers but it definitely affects the buying decision,” Mr. Kernick says. “But that’s not why we do it. The land Spring Creek is built on was my father’s and my grandfather’s. It’s been in our family since 1927. It’s important for me to do the right thing with that land and for Canmore as a community.”

But as interest in geo-exchange gathers momentum, Canada’s geothermal community is “fighting an uphill battle” to educate and raise awareness of the bigger opportunity the earth’s heat could present for Canada’s energy sector.

Alison Thompson is chair and managing director of the Canadian Geothermal Energy Association (CanGEA). While she agrees increased interest in geo-exchange from consumers and developers is a good thing, she remains frustrated at the lack of understanding of the difference between geo-exchange systems and geothermal energy.

“Geo-exchange is great but it’s not geothermal. Geothermal has the potential to re-employ our engineers and geologists, to diversify our energy sector and shut down Alberta’s coal plants within a year by turning dying oil wells into geothermal energy generators.

“When I talk about geothermal energy I often get the response, ‘Oh, my neighbour’s got that.’ It’s frustrating that so many people don’t understand it, even politicians still don’t grasp the difference and the opportunity.” 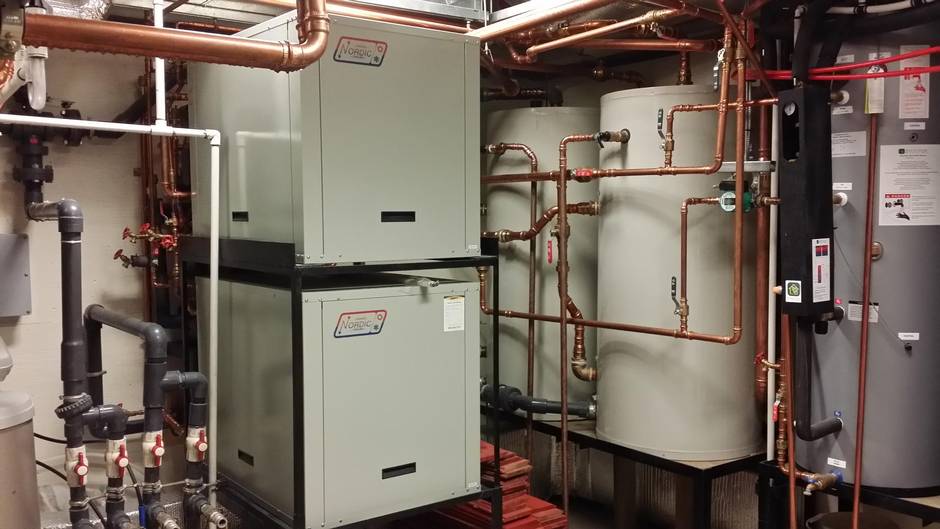 Geothermal involves extracting heat in the form of hot water or steam kilometres deep from within the earth. This heat is used to generate electricity by way of large power turbines in a geothermal power plant.

The United States is currently the world leader in geothermal energy production, with the capacity to produce more than 20 per cent of the country’s electricity needs.

Despite being ideally geographically located and with extensive experience in drilling and exploration, Canada has yet to exploit its geothermal potential, and while two plants are planned for British Columbia in the near future, drilling tenure policy remains prohibitive for Alberta. Ms. Thompson is hopeful that demonstrating success in British Columbia could kick-start policy change.

In the meantime, CanGEA is preparing for a market trip to Reykjavik, Iceland, where e18 companies (most of which are from Alberta) will learn best practices from a country of geothermal experts, while positioning Canada as “ready to do business” around the world.

“Canada, and especially Alberta, is lagging far behind on this. If consumers are finally waking up to the potential of using the earth’s heat as an energy source through geo-exchange, I really hope they’ll become ambassadors for geothermal and the much bigger opportunity that poses for us all.”