Tiny homes may be a hit on TV reality shows, but they can generate unease and resistance when people see entire tiny communities being planned for their neighbourhoods.

Who will live in these tiny-home communities? Will they lead to a degradation of the neighbourhood? Will property values be affected?

Recent history in Alberta shows that how well a developer deals with those fears beforehand will determine the success of their project.

Next month, homeless veterans will begin moving in to a community of 15 tiny homes in Calgary’s Forest Lawn neighbourhood.

“The project really wouldn’t happen without the support of the local community of businesses, individuals and social groups,” says David Howard, president and co-founder of the Homes for Heroes Foundation. “All the money was raised through donations.”

The veterans will have on-site access to a range of services including one-on-one counselling, occupational therapy, physician care, education, training and help finding employment.

The foundation is already working on another tiny-home community for veterans in Edmonton’s Evansdale neighbourhood and has plans to expand to three sites in Ontario, in London, Kingston and either Hamilton or Ottawa.

Despite the fact that the Calgary project was for veterans, organizers knew there would be resistance.

“I think there is certainly a small percentage [of people] that have a concern in regards to the type of people that are coming in to their community and we have this mentality of Not In My Back Yard," Mr. Howard says. "But I also believe that once they understand the build, what we’re putting in and how we’re doing it and the type of people that actually are moving in – [people who have] stood on guard for our country – they really have no further concerns.”

The veterans’ projects are planned within existing residential areas and that means working with the community to explain the merits of the plans and address their concerns.

In Calgary and Edmonton, they held holding open houses, answered questions and sought feedback on the look and design of the projects, the homes and the open spaces, to ensure that there’s a good fit with the neighbourhood.

The result is that locals are excited about the opening in Calgary and are protective of the project, Mr. Howard says. “Overall, we’ve had amazing support within the communities in Calgary and in the neighbourhood of Edmonton.”

It was a different story in Okotoks, a town about 45 kilometres south of Calgary with a population of about 30,000. There, a plan to provide 42 tiny-homes in a new community was shot down after concerns raised by some residents.

Okotoks Mayor Bill Robertson says: “One of the unfortunate parts about this is that I had a letter from someone basically saying this is a glorified trailer park and when you build a trailer park you are going to attract ‘trailer trash.’ That was the exact term used.”

He adds: “That is so negative and unfortunate that we would have those people that put a stigma on people living in a certain type of housing. We have a mobile park in Okotoks and there are just some fantastic, salt-of-the-earth people that live there; that take care of their homes, that are model citizens.”

The Okotoks project would have provided homes at two sizes, either 380 square feet or 550 square feet. It would have included a mix full ownership, market rentals and subsidized rentals.

The town embarked on the project because the lack of affordable housing had been the No. 2 issue in the town elections two years ago. As a bedroom community for Calgary, house prices in Okotoks are generally expensive.

“When you don’t have affordable housing, then there’s a certain socio-economic group in your community that really suffers. Those people that can afford housing can pay the extra money, but there are those that can’t afford it and are forced to leave the community,” Mayor Robertson says.

It affects the economic vitality of the community, he says, pointing out that it wasn’t long ago that a local fast-food restaurant couldn’t open in the evening because it couldn’t find workers.

Demand for the tiny homes was such that there were between 300 and 400 people keen to get into the project, he says.

“There were so many positive attributes, I didn’t foresee the negativity rising up against it,” the mayor says. “We were a little remiss in letting the ‘negative Nellies,’ so to speak, get hold … of social media – and social media can run rampant. I don’t think we countered with enough … accurate information.”

The Calgary tiny homes community will be run by the Mustard Seed, a local social services agency that has been working to reduce poverty and homelessness since the 1980s.

The tiny-homes community approach is “a great model and we at the Mustard Seed would like to explore that in non-veterans communities as well," says Stephen Wile, Mustard Seed CEO. There will, however, be resistance, he says.

“I think part of it is there is the ‘ghetto’ mindset. … [that] we’re going to create a ghetto here. But what people don’t understand is that those of us who are working in social services as non-profits, our intention is not to create a worse place for people to live, our intention is to produce a better place for people to live so that they can move to that place of wellness. If we are creating slums, then we are not solving people’s problems,” Mr. Wile says.

When you address those issues through dialogue with the community, you can overcome the fear, he says.

Mr. Howard of Homes for Heroes agrees. “Involving the community is a great thing and I think that you might find that when you do that, then you get better support, but when you blindside people and try to jam it down their throat … I think that’s when people get defensive.”

With the right approach, he says the tiny-homes model could work to provide affordable housing in communities of varying sizes. “I think it’s a brilliant idea,” he says.

In Calgary, there’s need for 15,000 affordable homes. About 90 per cent of those who need them are the working poor, people on minimum wage who want a stable home environment, he says. “We need to give a little more respect for that.”

Tiny homes would also be a boon you younger people.

“Our younger generation … they have no interest in purchasing a home. They feel that it is gone for them, they don’t have that opportunity any more. Houses (have become) too expensive,” Mr. Howard says.

“There is so much more opportunity. I think that if you developed a community of tiny homes for any demographic, you could have the ability to sell these for anywhere from $100,000 to $150,000. … People would be able to afford a mortgage for that. People in Calgary have cars that are worth twice that.” 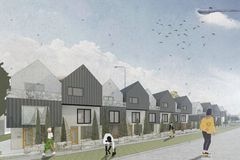 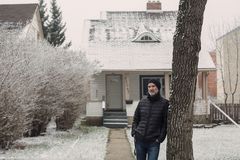 A craftsman’s quest to preserve Calgary’s heritage
Subscriber content
May 15, 2019 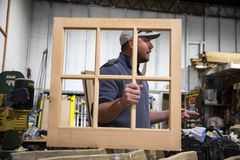