Alberta, similar to the rest of Canada, may be awash in cookie-cutter houses made for the masses, but some people are finding innovative ways of designing and building homes.

One new project just about to begin in Grande Prairie, about 460 kilometres northwest of Edmonton, throws traditional construction and design out the window to adopt a prefabricated, modular approach that suits not only the harsh, cold climate, but also allows for design to be created specifically for the site.

The Anywhere House is the brainchild of London-based architect James Whitaker and is the first of its kind to be built.

“The client is sort of an entrepreneur who has numerous different businesses doing all sorts of wonderful things,” Mr. Whitaker says. “He seemed to enjoy the idea of prototyping something.”

The businessman had seen media coverage of an office designed by Mr. Whitaker that was to be built for an ad agency in southern Germany. That project never came to fruition, but it caught the entrepreneur’s attention as an idea for a new home. Designs are now being finalized and contractors are being lined up. Construction is set to begin in a few months and be completed by spring 2020.

The home, overlooking a lake, will be prefabricated as nine modules, either with steel frames or using cross-laminated timber, depending on what local manufacturing capabilities exist. The modules will then be taken to the site and “clicked” together.

Manufacturing off site helps alleviate the problems of building during the long, cold, snowy and wet winters of Northern Alberta and it also helps the quality of craftsmanship and finishing.

Each one of the modules will be designed to take advantage of the topography of the site and views. This isn’t going to be like a traditionally built house that is north, south, west or east facing. Each module, each room will be orientated to make the most of the views.

“That’s the driver of it, to give each room that sensation that when you open the door, you are greeted by something that feels purposeful and framed, it makes each room feel very based and orientated within the landscape that it sits,” Mr. Whitaker says.

The Anywhere House will be about 3,000 square feet and will include four bedrooms, a living room, kitchen, bathroom and attached garage. The finishing inside will be robust and suitable for family life rather than luxurious, although high-end fittings could be included if the client wanted.

“But then because you’ve got such a spectacular form, you don’t really need to overcook the materials,” Mr. Whitaker says. “The form of the building is doing all the work, so you don’t have to spend on gold taps.”

Will there be any cost savings to building this way?

“That’s a good question that I am keen to find the answer to,” he says, revealing the nature of working on something so new. The aim is to get the cost to be comparable to a traditional build. If this model of house building is expanded beyond this one home, economies of scale could bring costs down for future projects.

Looking ahead for the homeowner, the design allows for more flexibility in the years to come. The home can be adapted to meet changing needs or tastes, rather than having to sell up and move.

“That’s something the client quite likes, the idea of almost like upgrading your mobile phone or something. Two years down the line if a business deal has gone very well and … it would be lovely to have a gym or a sauna or whatever it might be, it would be lovely to have an extra bedroom tacked on, then there’s that ability to just expand the building by adding something else on. Or indeed be removing an old one and taking that away and putting something new in its place,” Mr. Whitaker says.

Meanwhile, another unusual home is being enjoyed by its owners nearly 1,000 km to the southeast of Grande Prairie in an isolated spot in Lethbridge County.

Known as the Kinnship House, it was built five years ago using Earthship building techniques. This approach combines environmental technologies with recycled construction materials to create an environmentally sustainable home.

Those construction materials include 800 recycled tires and 12,000 beer and pop cans encased in mortar. It’s about 2,000 sq. ft. and includes three bedrooms, two bathrooms, a living room, kitchen, great room, a cold storage room and an indoor area where you can grow plants including tomatoes all year.

What it doesn’t include are power bills or water bills, thanks to solar panels and batteries, as well as the ability to capture water and treat wastewater.

It’s an off-the-grid home, owner and builder Glen Kinney says, but that’s not what most people think when they see it.

“That’s part of the challenge of people that build Earthships, you get deemed as sort of fringe type personalities and some of them might be. I don’t know any of them. But people ask you questions about whether you are building a bunker for the end of the world and can I come to your place when the apocalypse comes?”

It is not a bunker, he says. “It’s just a different way of looking at things.”

The homes most of us inhabit were “basically designed to support the rail system and capitalism, using the materials that were there and it hasn’t really changed since the rail system way. If you go around the world, nobody else builds expensive houses out of sticks and nails, right. Expensive houses are built out of stone and brick,” Mr. Kinney says.

And the cost of construction of this intriguing and environmentally sustainable home built in an arid and isolated area prone to wide freezing cold and extreme heat?

Once again, about the same costs for each square foot as regular construction – but without the utility bills afterwards.

What drives people to try something so different with something as big as a house?

Mr. Kinney has a theory.

“It’s exactly the same with every discipline in life. These things may not be to the taste and like of every person, but I guess they are never really meant to be. The idea if there’s not someone out there pushing the limits a little bit … then you’d never evolve,” he says.

“If you didn’t have someone out there saying: ‘Oh, what could a personal computer be?’ … if you didn’t have Steve Jobs trying to push that along a little bit and thinking beyond what was convention, then we wouldn’t have the iPhone now. It requires a little bit of unworldly thinking and optimism to go out and explore these new possibilities, new ideas, to try pushing the boundaries a little bit.” 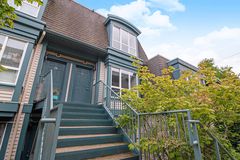 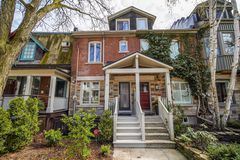 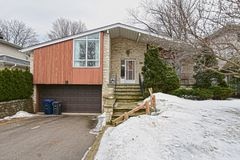