Days on the market: five

Last winter, this updated bungalow attracted plenty of viewers, but none were so enamoured of it as to pen an offer. A new agent was brought on who adjusted the asking price to the mid-$600,000s and advised waiting for mid-July, when the newly landscaped backyard – complete with an interlocking patio, hot tub, fire pit and dog run – showed at its best.

“In this type of market, most of your showings are going to happen at the beginning of the listing and if people walk in and don’t feel it’s a good deal, most buyers are just humming and hawing,” agent Jesse Davies said. “So, we were pretty aggressive on the price.”

“After having around 15 showings in the first week, we received an offer that was low to begin with, but we negotiated the deal up to 99 per cent, list price to sale price.”

Much of the interior has been updated, such as the open-concept kitchen off the living room outfitted with stainless steel appliances, a granite-topped island and a copper sink. The cedar ceilings have been whitewashed and hardwood floors refinished.

There are three bedrooms, including one with a walk-in closet and access to a deck.

Two more bedrooms and a secondary bathroom are in the basement, which also provides a recreation area with a wood burning antique stove, a river rock feature wall and a wet bar with butcher block countertop.

“It was so nicely renovated, there weren’t too many comparable homes in Lakeview,” Mr. Davies said.

“[The sellers] did a really nice man cave in the basement with a Big Buck Hunter [arcade machine], a projector screen and a nice bar with a keg tap and two wine fridges.” 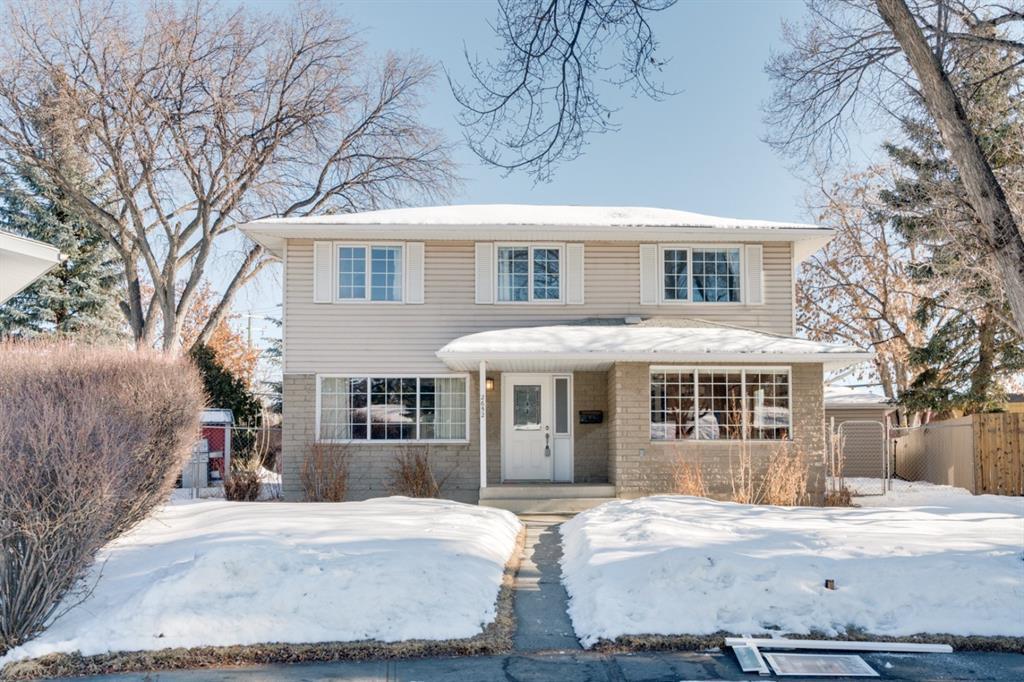 769000.00
2652 Lionel Crescent SW, Calgary, Alberta
CHARLES
Bedrooms
4
Bathrooms
3
Building Type
Freehold
Property Type
Single Family
Welcome to the charming community of Lakeview. This massive pie shaped lot offers over 8,000sqft on a quiet tree lined street. A well kept two-storey home sits on the lot presenting an incredible opportunity to renovate the property into your dream home. The current floor plan boasts a spacious main floor with incredible flow and natural light throughout the day. The kitchen is positioned to look over the oversized backyard, surrounded by trees and bushes for privacy. The kids will love the basketball court added to the backyard that also doubles as a skating rink in the winter months. Upstairs you will find 4 generously sized bedrooms, excellent for a growing family. Enjoy the ability to walk to all that Lakeview has to offer, while still maintaining a quick commute to the downtown core. (id:31729)
Listing ID A1072215
Salesperson Spencer Stupka
Brokerage CHARLES
View on realtor.ca
Open this photo in gallery: 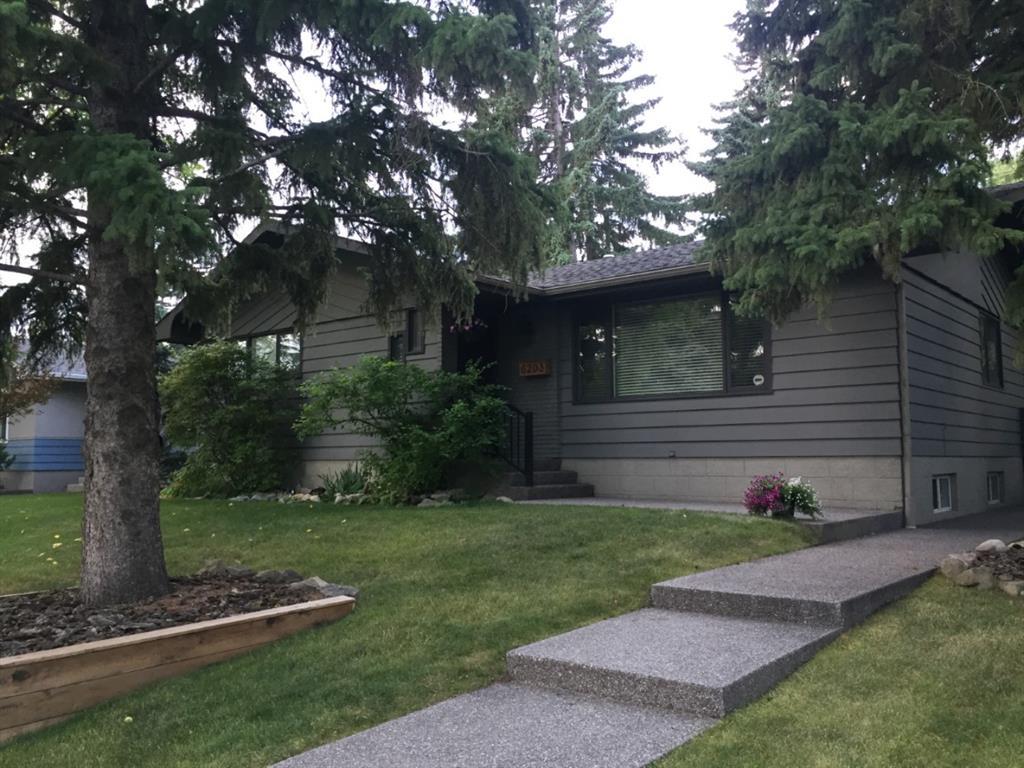 698000.00
6203 Lacombe Way SW, Calgary, Alberta
ROYAL LEPAGE BENCHMARK
Bedrooms
4
Bathrooms
2
Building Type
Freehold
Property Type
Single Family
Meticulously maintained Lakeview bungalow on beautiful Elm tree lined street. Wonderful curb appeal with poured aggregate concrete steps which wrap around to the rear of the home. Very bright and cozy living room and dining room. The interior of this home has many upgrades including refinished hardwood floors. The spacious and bright kitchen features an abundance of maple cabinetry with island breakfast bar and upgraded stainless steel appliances. Great sized bedrooms. Main bathroom has also been renovated. The lower level is perfectly laid out! Open entertainment area with a brick feature wall and wood burning fireplace and large 4th bedroom and full bath. Plenty of space in the storage rooms for all your weekend activity gear. West exposure private back yard where you can enjoy a quick hot tub. Poured aggregate patio. You will appreciate the oversized heated garage for the cold winter days. Lakeview is one of the best communities in the city. Schools, shopping and transit all a few steps away. Enjoy Glenmore park and the reservoir. Run, walk or ride the pathways. Only a few short minutes to the city center. What a great place to call home. (id:31729)
Listing ID A1068731
Salesperson James D. Bird
Brokerage ROYAL LEPAGE BENCHMARK
View on realtor.ca
Open this photo in gallery: 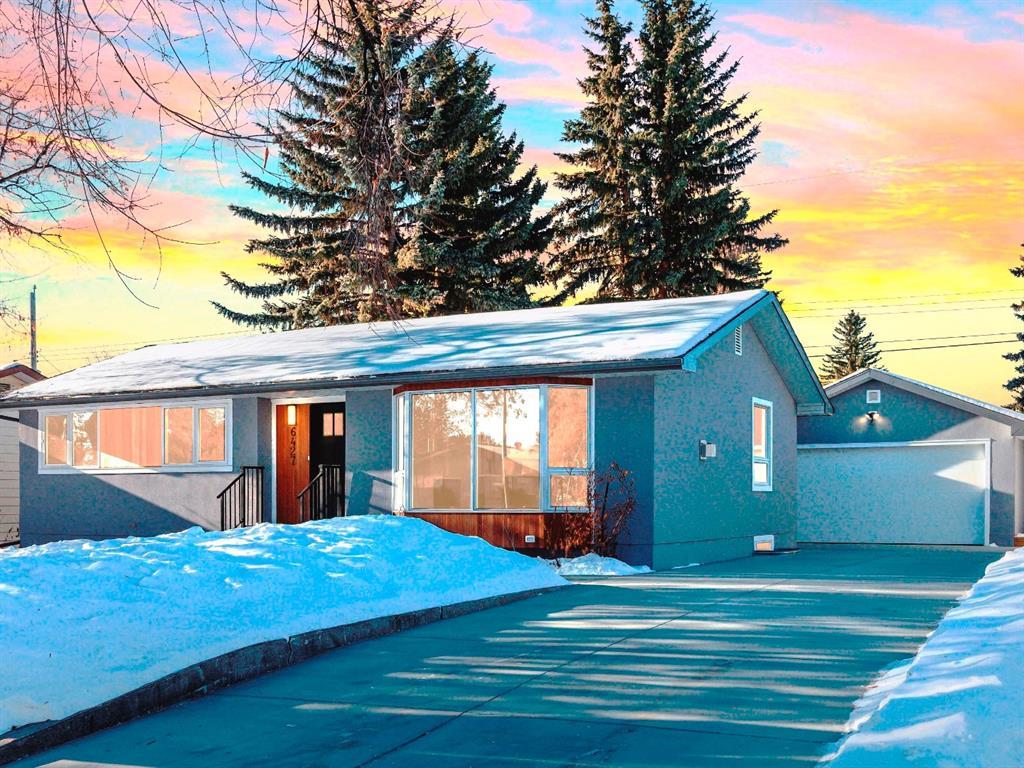 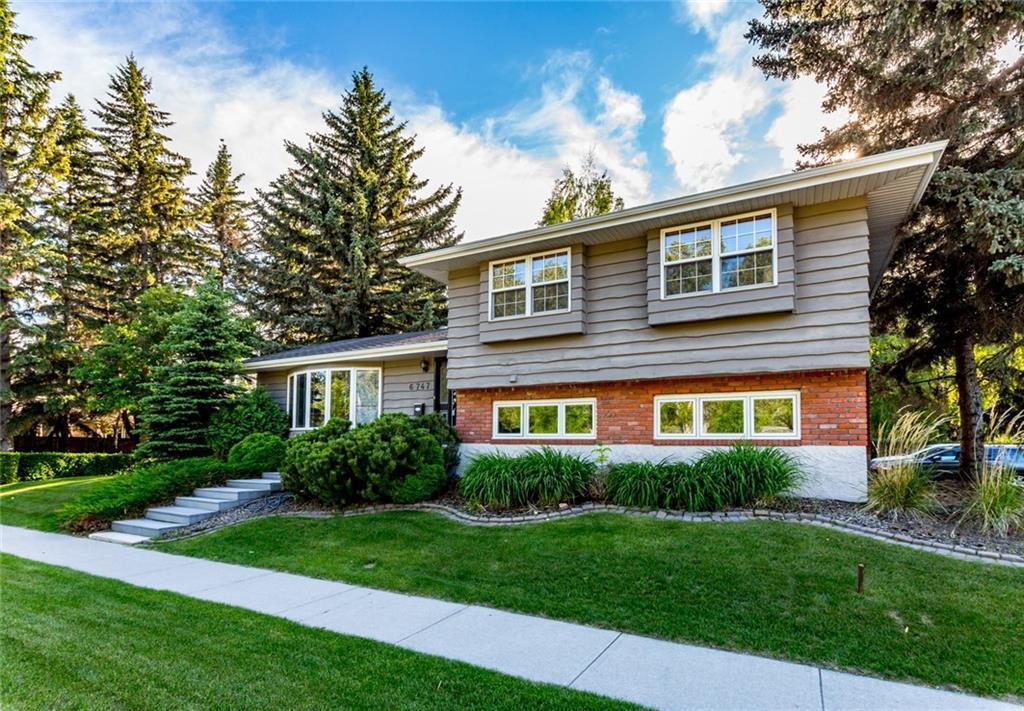 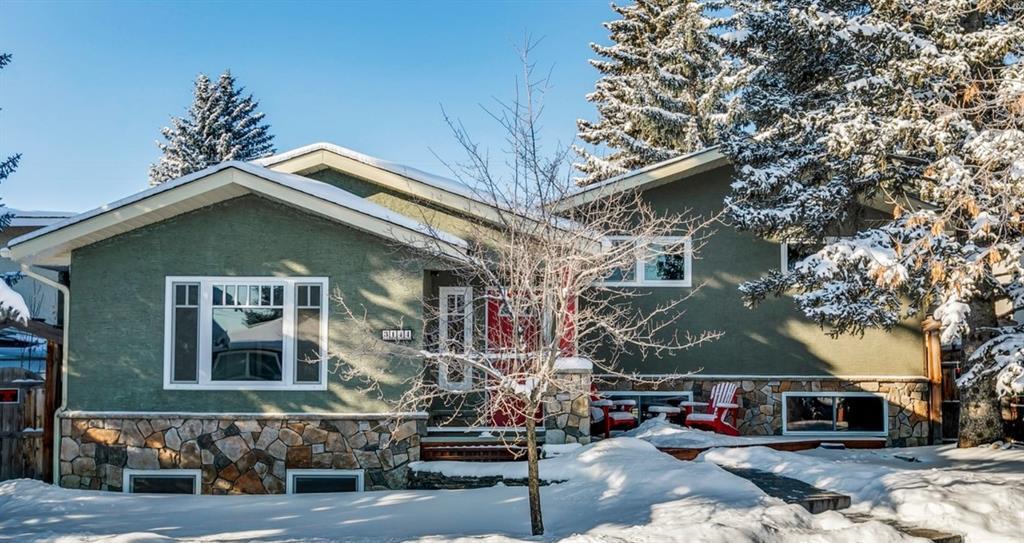 825000.00
3144 Leduc Crescent SW, Calgary, Alberta
REAL ESTATE PROFESSIONALS INC.
Bedrooms
5
Bathrooms
4
Building Type
Freehold
Property Type
Single Family
BACK ON THE MARKET - BUYERS GOT COLD FEET, SO NOW YOU HAVE ANOTHER CHANCE! Check out the full video & 360 interactive virtual tours below. This spacious Lakeview home was completely renovated back to the studs with a 500 sq ft addition on the front. With a unique four-level-split design, youll find a variety of spaces for the family to gather or spread out when needed. As you walk up, the stamped concrete path will grab your attention, as will the front patio area - one of several outdoor spaces to take advantage of. Walking through the front door, the in-floor heating under the tile is a nice welcome on a cold day. The main floor features stunning hardwood oak floors that lead through the living room that has several built-in art niches as well as arched passageways. This opens to a huge kitchen/dining space with a massive central island topped w/ Richlite counters, perfect for large family gatherings. There is plenty of cabinet & counter space making for great storage, handy prep time and the dual skylights let in an abundance of natural light. Just off the kitchen, youll also appreciate the laundry room, complete with front load machines tucked neatly under a large counter space, & the laundry chute from the upper floor is a nice touch. There is also a half bath on the main floor with a custom vanity & sink. Head up the hardwood stairs, and youll find two nicely sized bedrooms, a four-piece main bath and a large master bedroom with an attached 3 piece ensuite. Step down from the kitchen half a flight of stairs to another cozy gathering space. This family room has a second gas fireplace bookended by built-in cabinetry. This level also has an add't three-piece bathroom and another bedroom. The lower level includes a handy kitchenette that could be used as a separate suite (illegal). Youll also find another family room, and a huge fifth bedroom. Step out into the west backyard and youll find an entertaining oasis with a beautiful large wood deck that steps d own onto a massive stone patio. The yard also has a landscaped garden with an in-ground sprinkler system and a garden shed for storage. The heated over-sized double garage is a handymans dream with a work bench and storage cabinets. Extreme attention to detail is how I would describe this renovation. Mechanically, there is not another home like it. In floor slab heat on the lower two floors, completely redone wiring, plumbing, a hybrid boiler and forced-air furnace. All the bathrooms have in-floor heat and all exterior walls are 2x6 insulated, making this home very energy efficient. There is CAT-5, cable and sound system wiring in place and youll find 220 volt wiring in the kitchen, laundry room and basement. There are several pocket doors throughout to save space & windows are the best you will find - European tilt & turn units that are incredible. Pair all of this with an amazing location, walking distance to nearby parks & schools, a short drive to North Glenmore Park and shopping at Lakeview Plaza. (id:31729)
Listing ID A1075778
Salesperson Ken R. Rigel
Brokerage REAL ESTATE PROFESSIONALS INC.
View on realtor.ca
Open this photo in gallery: 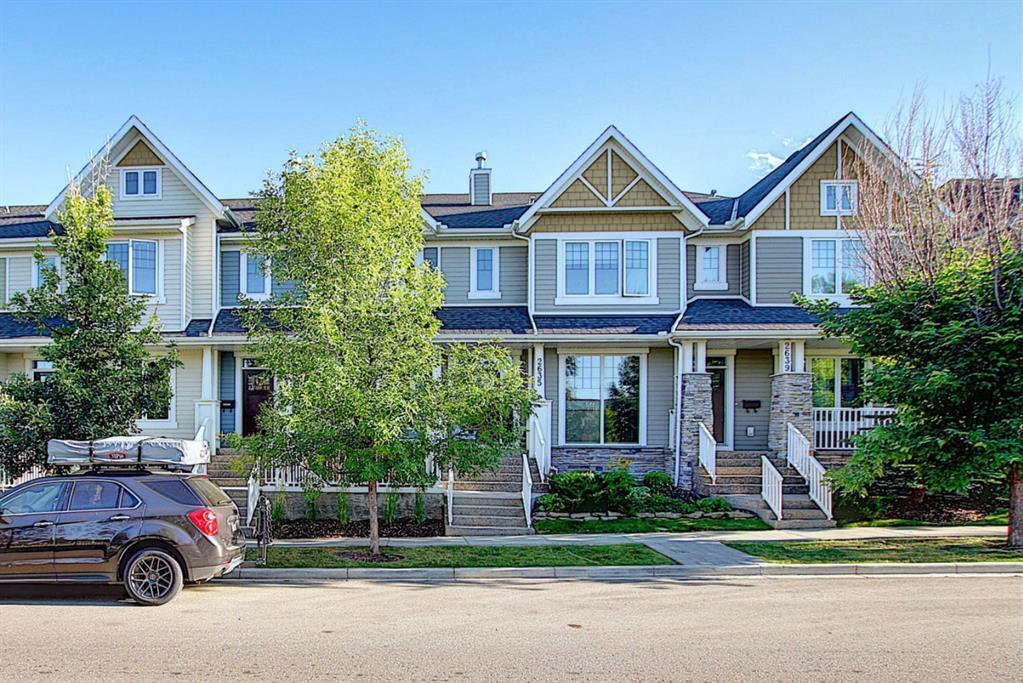 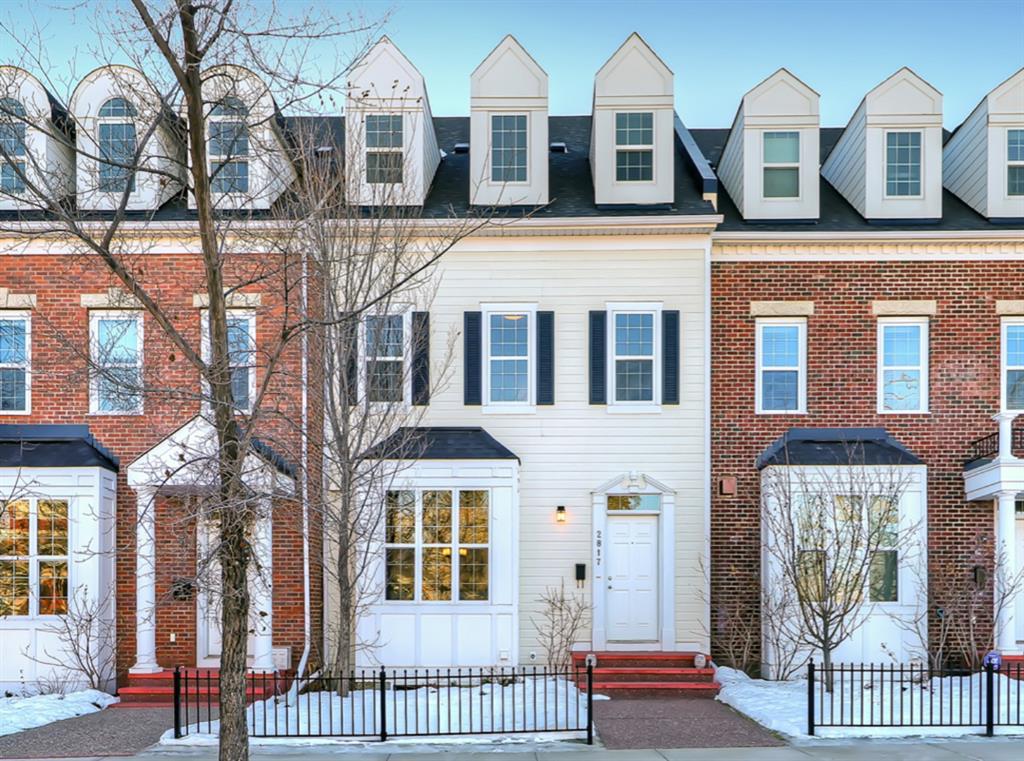 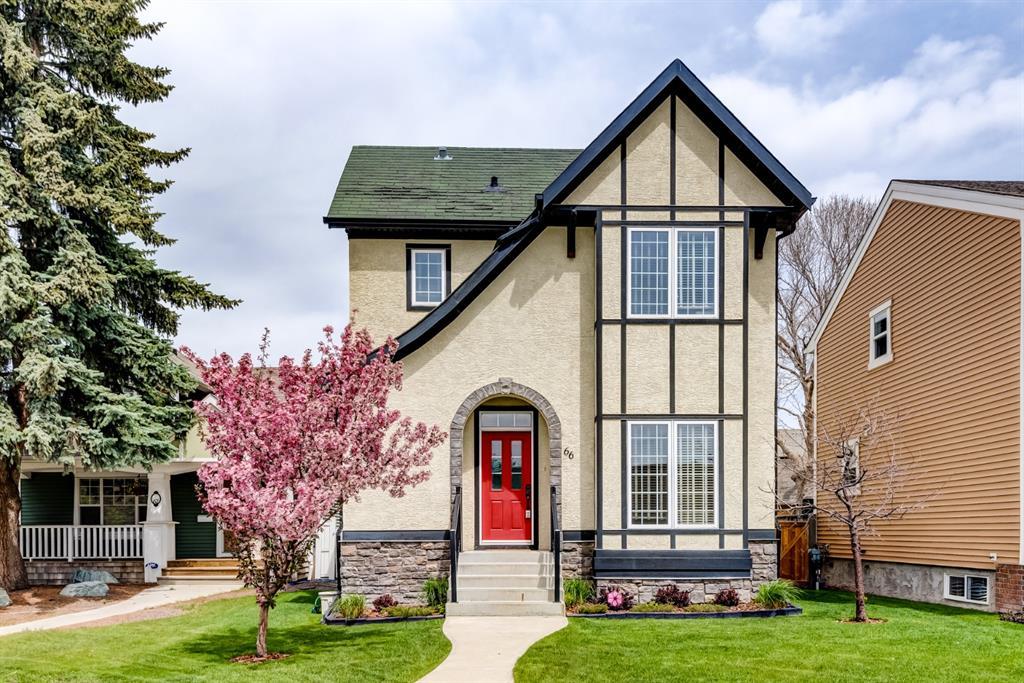 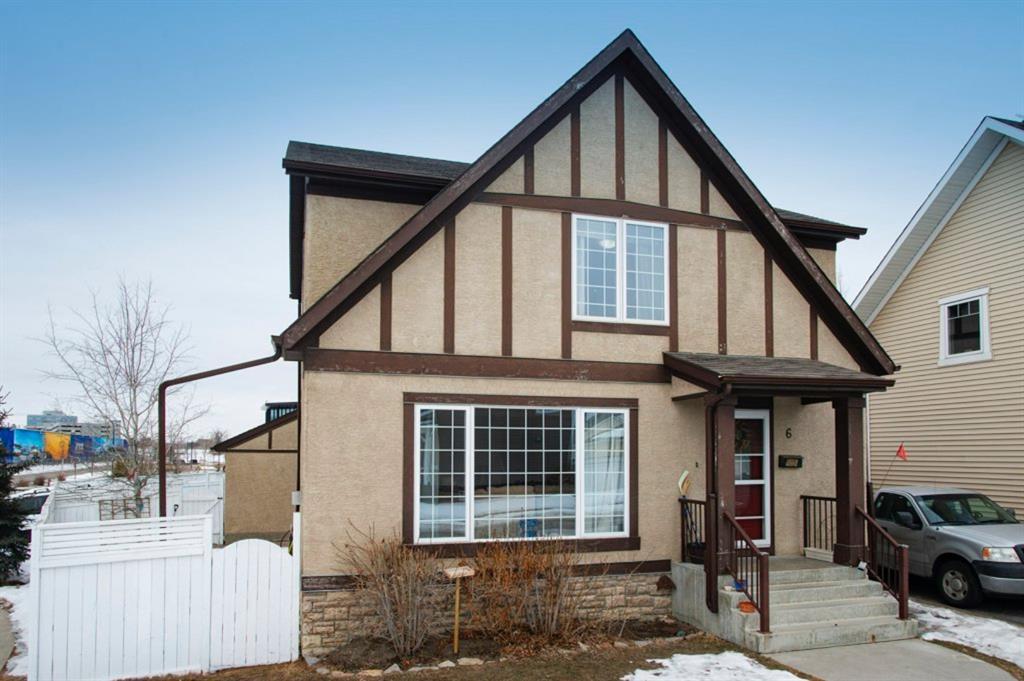 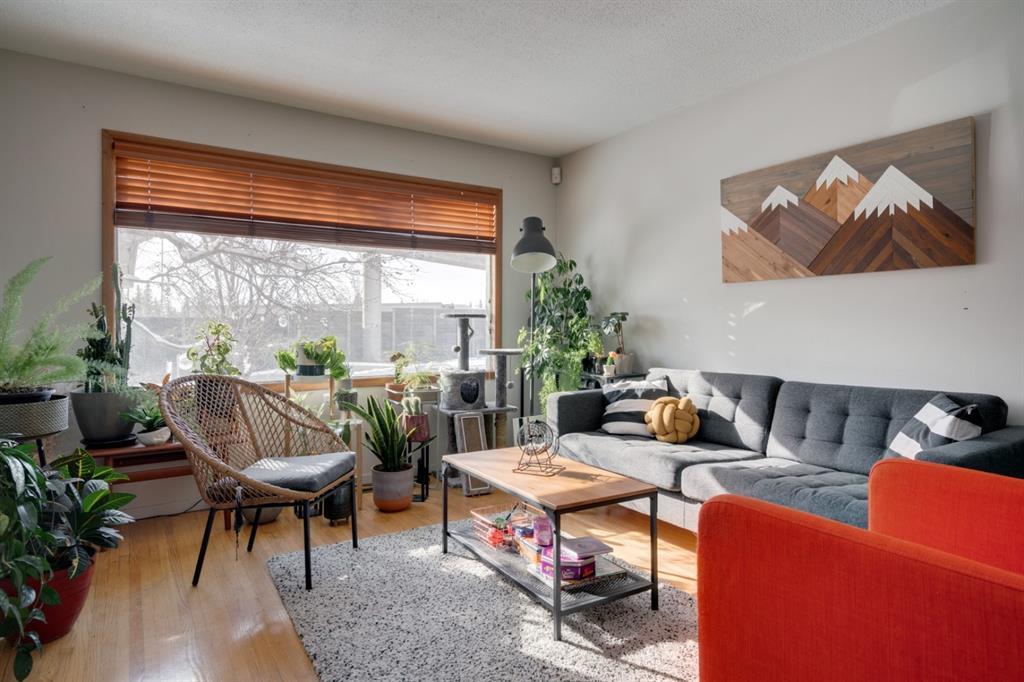 494000.00
2232 Langriville Drive SW, Calgary, Alberta
CHARLES
Bedrooms
4
Bathrooms
2
Building Type
Freehold
Property Type
Single Family
Welcome to the highly regarded community of North Glenmore Park. This well-kept bungalow presents a fantastic opportunity for you to call North Glenmore home, or for an investor to add to their portfolio. Positioned on a 50' lot, this property could also be renovated or re-developed. The well designed floor plan, offers three generously sized bedrooms on the main floor in addition to a 4-piece bathroom. The south facing living room and large windows allow natural light to flood through the home. Downstairs boasts a spacious media room, a fourth large bedroom, a full bathroom, and ample amounts of storage. Updates to the home include a new electrical panel, newer shingles, brand new back fence, and updated flooring in some areas of the home. (id:31729)
Listing ID A1068440
Salesperson Spencer Stupka
Brokerage CHARLES
View on realtor.ca