Tim Querengesser
Calgary
Special to The Globe and Mail
Published May 8, 2018 Updated May 9, 2018

Calgary hopes there are more people like Caleb Roddick.

Over the years, Mr. Roddick has built about a dozen so-called “secondary suites” through his Red Door Construction company. Now, he has purchased a bungalow himself in the Glamorgan neighbourhood, with intentions to renovate its currently illegal basement rental unit – which has housed numerous tenants over more than 20 years – to meet the building code and thus become legal.

“The plumbing [in the suite] was atrocious, the electrical was dangerous and most of the windows had fire-safety issues,” Mr. Roddick says. “I imagine a lot of people will take advantage of the new rules.”

Calgary Mayor Naheed Nenshi says the old process homeowners had to endure to gain legal right to build a secondary suite was “political, inconsistent in its results and often created an incentive for applicants to tell emotional stories where personal details were revealed in order to convince council to support their application.”

Some observers suggest removal of this barrier may spark a mini boom for home renovations and boost growth in an otherwise flat Calgary real estate market. In addition to a streamlined application process, a registry for approved suites and the two-year amnesty, recent changes to mortgage rules will allow homeowners to access funds to upgrade rental units to meet legal standards.

Mr. Roddick says that, after upgrading his suite to meet code, he expects to make up to 15 per cent more in rent than the unit was bringing in previously.

Mr. Nenshi says the changes could spur Calgary’s overall housing market. “These reforms also open up new opportunities to meet the demands of a growing economy,” he says. “For example, all potential home buyers in Calgary now have the option to consider developing a rental suite as a mortgage helper.”

Still, as the city of Calgary gears up for the amnesty, it’s keeping its expectations in check. Cliff de Jong, senior special projects officer with the City of Calgary, who has been involved with the secondary-suite file for a decade, says the target is to see a minimum of just 800 applications a year to legalize currently illegal suites for the next two years of the amnesty, or 1,600 in total.

To put that number in perspective, Calgary’s current registry of legal suites stands at only 961 units, while one independent estimate of its illegal inventory stands at 16,000.

And as Mr. de Jong says, “I think that number is quite low.”

Why, then, is Calgary targeting potentially less than 10 per cent of these suites before, as Mr. de Jong says, enforcement significantly increases after June, 2020? “It sounds underwhelming, and we’re not putting a cap on it, but we’re trying to be realistic,” he says. “We know there are significant barriers to legalizing.”

The largest barrier to bringing these suites within the law may have been the complicated approval process in place up to now.

“The old system pit neighbour against neighbour, and we saw discriminatory language against different cultural groups and against renters,” says Councillor Druh Farrell, who represents Ward 7 in Calgary and voted in favour of the change in March. “We would often see people at the podium burst into tears telling their most personal stories.”

Ms. Farrell says the new system allows her to make good on a commitment she made several years ago to families who had lost loved ones in a fire in a basement suite that was illegal and unsafe. And it will likely spur development.

“As we move into the new system I suspect we’ll see more landlords who have been operating illegal suites do what’s necessary to bring their suites to code, which is a very good thing,” she says.

Still, those opposed to changing the rules have expressed fear that streamlining will lead to more secondary suites over all, not just an increase in suites having safe escape routes during fires or acceptable plumbing.

But Pernille Goodbrand, a research associate with the Haskayne School of Business at the University of Calgary who has focused on secondary-suite research, says that just hasn’t happened in other jurisdictions.

“People who are against this type of housing will say there will be suites everywhere – everyone’s going to want them now,” she says. “Generally, you don’t see a massive increase in them when rules are streamlined and made more lenient.”

Mr. de Jong says CMHC changes to mortgage insurance rules in 2015, combined with suites being deemed allowable across Calgary rather than only in designated areas as before, will allow homeowners with illegal suites to access capital to upgrade them.

Removing this financing barrier is “huge,” he says.

Mr. Roddick estimates a basic upgrade to meet code and bylaw regulations would cost in the neighbourhood of $10,000 and a brand-new suite built to code will cost between $35,000 and $40,000. But he expects many will find the money – and justify it in making their home easier to sell.

“What’s going to happen is … it will be a significant factor in selling a house – if not adding value, then certainly making it easier to sell as compared to a house that doesn’t have a suite,” Mr. Roddick says. “With the [Calgary] real-estate market being so flat and people wanting to stay where they are but find a way to make a little bit more money, I’m expecting work to pick up in the summer. I’m certainly going to put that on my shingle that it’s something that I do – to upgrade to legal suites and help people with the permitting.” 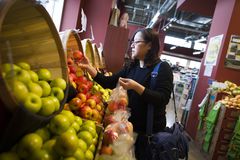