In April, Calgary city council approved a new plan and a $200-million budget to revitalize the city’s dwindling downtown, including the conversion of six million square feet of vacant office space into residential use over the next decade.

Since the economic downturn of 2014, high office-vacancy rates in Calgary have persisted, hitting 32 per cent in the first quarter of 2021, according to a report from commercial realtor CBRE.

Although not as severe, the downtown residential market has also been in decline, a consequence of the loss of thousands of oil and gas jobs in Calgary’s core. “Downtown sales went from a peak of just under 2,000 units in 2014, to the low last year, where there were under 300 sales,” said Matthew Boukall, vice-president of product management and data solutions at Altus Group.

Last fall, the Canada Mortgage and Housing Corporation estimated that 8.8 per cent of purpose-built rental apartments in downtown Calgary were vacant; higher than the overall city average of 6.6 per cent and the second highest level in 30 years. Yet, part of the city’s solution to the vast oversupply of office space downtown is to increase the housing supply.

According to Robert Price, CEO and co-founder of Bode, a Calgary-based real estate tech start-up, location is the main priority of home buyers. And while a job-filled downtown was appealing to Calgarians looking to find work and play in close proximity, in a post-pandemic world it seems unlikely downtown will come back as the employment hub it was. “Now people are moving out, into bigger homes with more space and better opportunities to work from home in terms of office space,” Mr. Price said.

After six years of oversupply, the downtown condo market has finally started to show signs of recovery. “The condo market is now just starting to see some improvements,” said Ann-Marie Lurie, chief economist at the Calgary Real Estate Board. “It’s taken a little bit longer for the condo sector because there was a lot more supply to work through.“ Ms. Lurie said this could be a consequence of the tighter conditions in the single-family market. “There was a lot of pre-construction before, and then you had all the supply coming in and there just wasn’t enough demand to absorb it.” In April, CREB reported that the inventory level in the apartment condominium sector came down to about four months, with prices up by 3 per cent year over year.

“We’re in much more balanced conditions than we have been for a very long time, and that’s starting to support improvements in price,” Ms. Lurie said. But she cautioned that this improvement is sensitive to supply. “It is a market that, if that supply comes up too quickly relative to the demand, then you could easily push back into an oversupply scenario. But currently, it’s sitting well.”

It’s a reasonable concern, Ms. Lurie said, since it is often seen that, all other things being equal, when buyers have to option to buy a new product over an old product, they choose new. And there are other issues. “Typically, the new product is coming in with a much lower condo fee. So if your condo fees are much higher on a resale product, that can actually impact what you can purchase,” she said.

Another challenge for the condo market specific to Calgary is that downtown units are usually not a buyers’ first choice. Sprawl has generated an ample supply of single-family homes still within reasonable distance of the downtown core. “Condos are more affordable, generally, than what you can get for a detached home,” Ms. Lurie said. “But you can still buy detached homes in the city. … We don’t have really the same [spatial] constraints that you might have in Toronto or Vancouver.”

Indeed, the affordability of Calgary homes has attracted buyers from outside the area. Looking for space to accommodate a growing family, Adam Noble-Johnson recently sold his townhouse in Calgary’s McKenzie Towne neighbourhood. He said the buyers were “affordability refugees who made their way to Alberta from Vancouver.”

Mr. Noble-Johnson purchased a single-family home in Winston-Heights, a central community in northeast Calgary with access to schools and transportation alternatives. He now lives just a 15-minute bike ride from his workplace downtown.

But even as Mr. Noble-Johnson’s townhouse found an eager buyer, condos in the city’s centre continued to struggle.

“[In the past], the housing market growth was really based on the fact that the downtown office market and employment was growing,” Mr. Boukall said. Now, the situation has changed. “There really is no reason to be downtown if you’re not working downtown.”

The city’s downtown plan aims to change that. “What I’m seeing come out of this is not about just converting office space into residential, it’s actually about transforming the livability of the urban area to be more attractive,” Mr. Boukall said. The city plan includes financial incentives to increase vibrancy, programming, and the transformation and expansion of the Arts Commons cultural complex.

Although the introduction of new residential units in downtown Calgary could potentially flood the market, increasing housing choice downtown is key to the long-term sustainability of the area. Mr. Price, a born and raised Calgarian, who is also part of the tech talent the city wants to attract, says that “it doesn’t matter how good your company is if people don’t like living here.”

Mr. Boukall said that the city plan has the potential to “transform the downtown into a place where people choose to live, not just because they work there. And ‘black swan’ events like COVID-19 would have less of an impact on demand because there’s a certain portion of the population that wants to live there.” 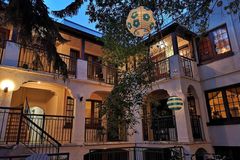 A renovation focused on wood and light
Subscriber content
April 2, 2021 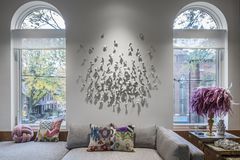 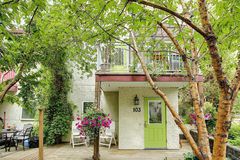