Days on the market: one

Last year, it often took weeks to find buyers for properties in the small town of Canmore, Alta., just east of Banff. So agent Christopher Vincent priced this raised bungalow just over $2-million and an acquisition was made within 24 hours in July.

“There were maybe two others for sale that were very similar, but this has a nicer floor plan and single-level living,” said Mr. Vincent. “[The buyer] heard it was coming to market and made a very good offer.”

On a winding street within Three Sisters Mountain Village, this 2,422-square-foot home on a 72- by 144-foot lot has peaked rooflines, large windows and walkouts to multiple decks and a patio overlooking a forested public space.

Located on the main floor is an open kitchen, dining area and living room with the largest of three fireplaces, as well as a master suite with a two-sided fireplace between the sleeping and bathing quarters. A second bedroom is situated down the hall to games and media rooms.

Half of the 1,678-square-foot basement contains two guest rooms and a recreation room. The other half is a separate one-bedroom suite with a kitchen.

The priciest to cheapest housing markets per square foot, from (gasp) downtown Vancouver to (sigh) Moncton

“That area is popular because it’s the finished area of Three Sisters … so you’re not dealing with construction traffic,” Mr. Vincent said. “This home has an L-shaped [layout], which is nice, and it has a triple-car garage, which is not as common up there.”

The design of the 10-year-old home also makes the most of its setting. “[The sellers have] done a lot of work with extensive landscaping, especially at the back to take in the views, and a big south-facing deck,” said Mr. Vincent.

“The whole area has land use allowing for suites, but not very many have them and this one has a one-bedroom suite.” 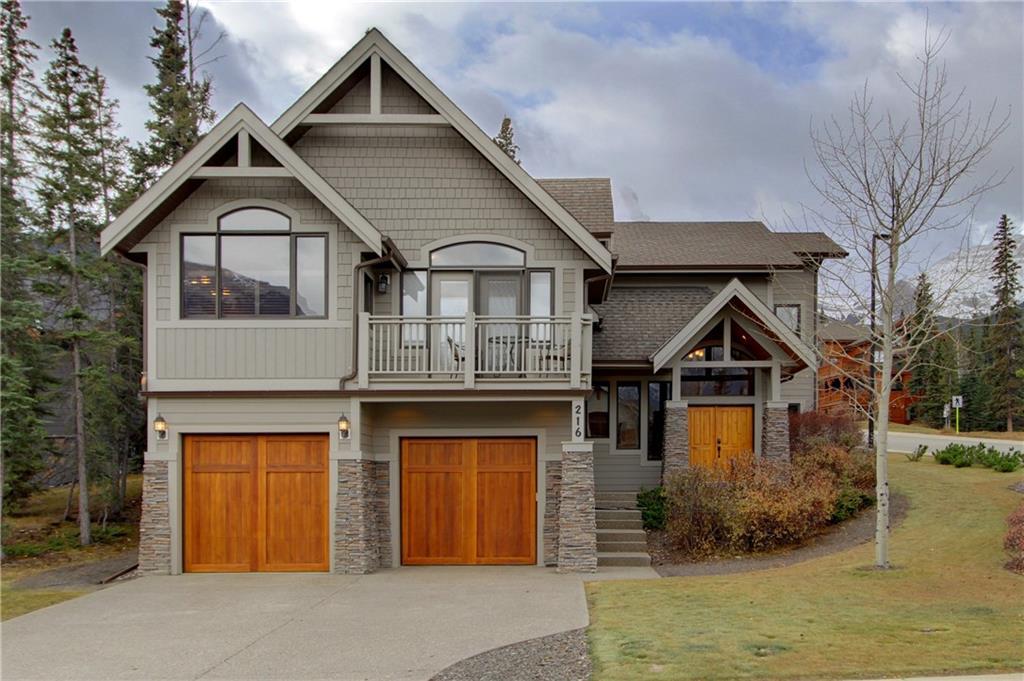 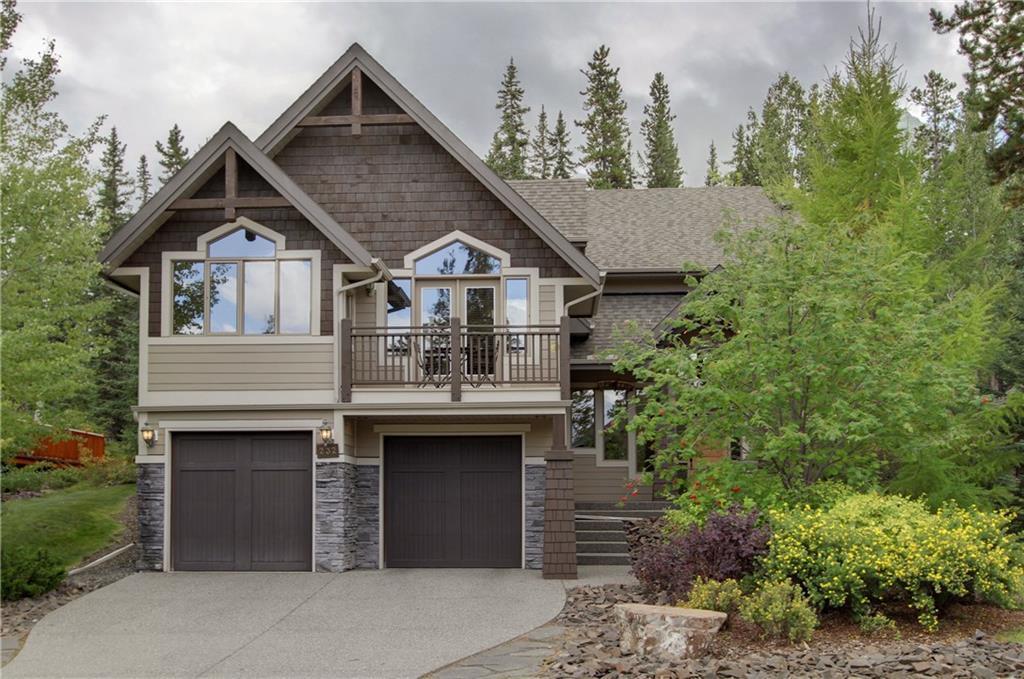 1645000.00
232 Miskow CL, Three Sisters, Canmore, Alberta
RE/MAX ALPINE REALTY
Bedrooms
4
Bathrooms
3
Building Type
Freehold
Property Type
Single Family
Located on a quarter-acre lot on one of the most prestigious streets in Three Sisters Mountain Village of Canmore, this spectacular home will be a delight to the most discerning buyer. The grand entrance with cathedral ceiling offers the most enticing welcome into a gracefully designed and superbly finished floorplan providing exceptional space for family gatherings and entertaining. Home comforts abound throughout, with central air conditioning, in-floor heat, steam shower, jetted tub, and home theater equipment included in the sale. Top quality appliances from Wolf and Sub-Zero equip the kitchen for the chef in you. The fabulous south-facing rear deck and landscaped fire-pit provides a terrific evening atmosphere in the outdoors. Pride of ownership is evident throughout this home and a personal viewing is highly recommended to appreciate this refined offering. A fabulous opportunity to create lasting memories of a life spent in the mountains. (id:31729)
Listing ID C4296580
Salesperson Jake Pryor
Brokerage RE/MAX ALPINE REALTY
View on realtor.ca
Open this photo in gallery: 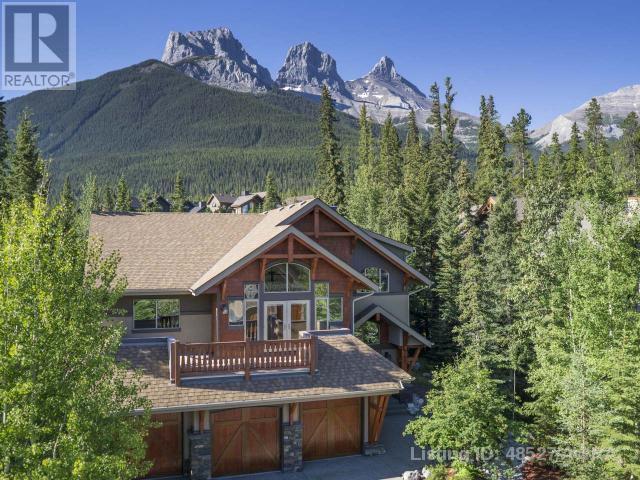 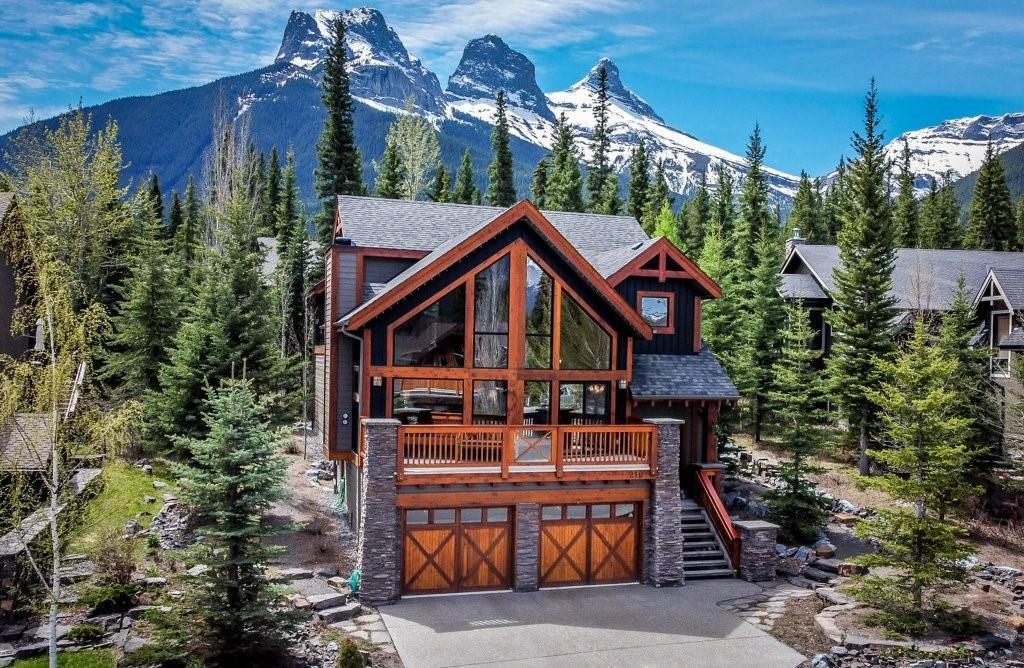 1599000.00
210 Casale PL, Three Sisters, Canmore, Alberta
RE/MAX ALPINE REALTY
Bedrooms
4
Bathrooms
4
Building Type
Freehold
Property Type
Single Family
A light and airy, one owner, unique, 'Alpine Homes' constructed single-family dwelling. This family home is situated on a quarter acre lot in a quiet and friendly cul-de-sac and has been carefully maintained by the current owner since new. The Great Room is the focal point of the house w/ Wood FP and a stunning mountain perspective. There is plenty of room to relax on each of the three floors. The well laid out kitchen features top-quality electrical appliances from Miele and Kitchen Aid, with the Miele laundry appliances situated discreetly on the lower floor along with the integral sound system. All bedrooms are quietly situated at the rear with views over the professionally landscaped garden. Wildlife is commonly seen passing through the garden ranging from humming birds, chipmunks and squirrels, to coyotes, mule deer, and the occasional elk. Walking distance to downtown and the High Line Trails system as well as the Roam bus system. (id:31729)
Listing ID C4299174
Salesperson Kyle Pressman
Brokerage RE/MAX ALPINE REALTY
View on realtor.ca
Open this photo in gallery: 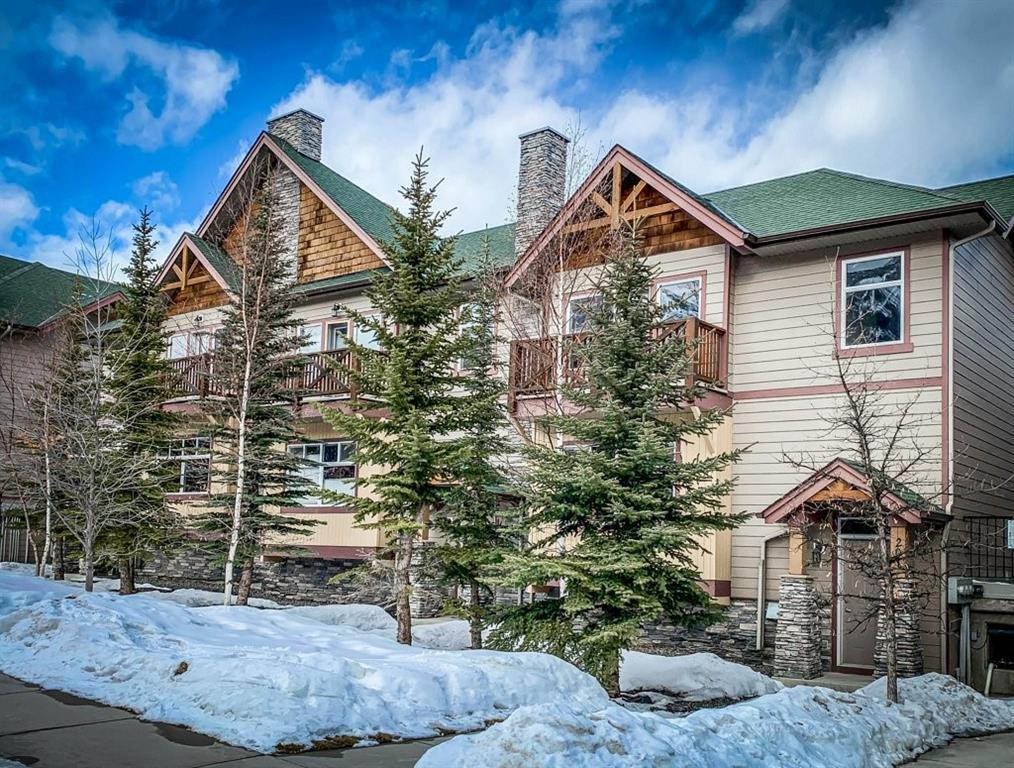 557900.00
#201 85 Dyrgas Gate, Three Sisters, Canmore, Alberta
RE/MAX ALPINE REALTY
Bedrooms
2
Bathrooms
3
Building Type
Bare Land Condo
Property Type
Single Family
This quiet south facing fully furnished townhome has a large bright open living space; two bedrooms plus a convenient and comfy murphy bed, two and a half baths and a double car garage... YES a double car garage. The main level features an open plan with a large living room with corner fireplace and built in window bench to enjoy the views of the Three Sisters. The open living space is great for entertaining and features a living room that flows into the spacious dining room and upgraded kitchen. Steps from the kitchen and dining is access to the large patio which is a great place to relax after a day at play in the mountains. Upstairs is the master bedroom with ensuite, walk in closet and south facing deck. The large second bedroom and full bath complete this level. Just a few steps away from the Bistro Market and wine shop and numerous walking and biking trails. (id:31729)
Listing ID C4288846
Salesperson Ingrid Couillard
Brokerage RE/MAX ALPINE REALTY
View on realtor.ca
Open this photo in gallery: 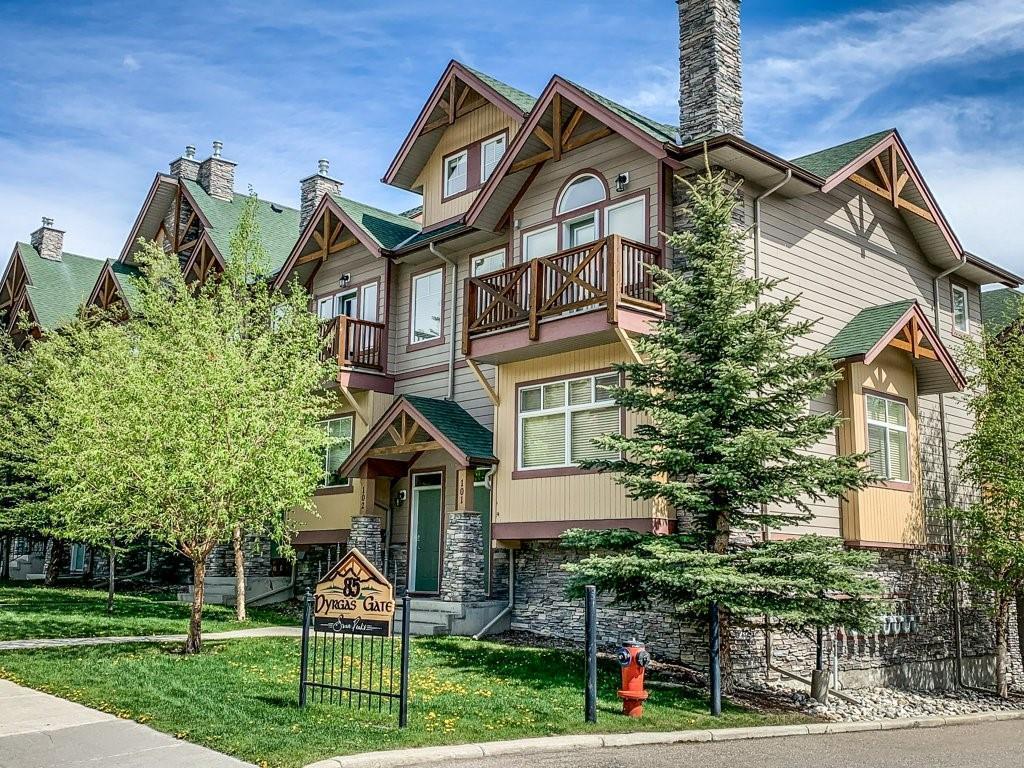 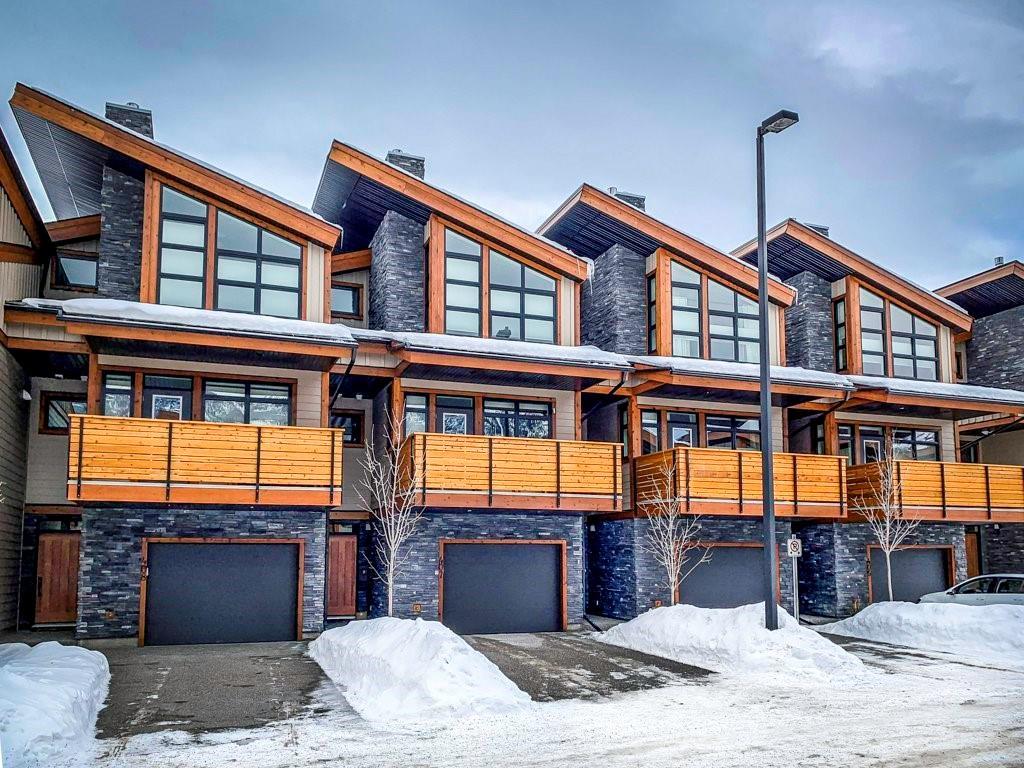 724900.00
406 Riva PL, Three Sisters, Canmore, Alberta
RE/MAX ALPINE REALTY
Bedrooms
3
Bathrooms
3
Building Type
Condo/Strata
Property Type
Single Family
(We are happy to do in-person showings with you, with precautions, or virtual showings if you prefer)This gorgeous, open concept townhouse is a rare find with 3 bedrooms, a single car garage and storage for all your gear. High end and modern touches throughout the unit will have you feeling right at home with decks off the front and back for great, natural airflow on those warmer summer nights and a cozy fireplace for those cold winter nights. Contact your Associate for a viewing and take in the peaceful greenspace and gorgeous mountain views for yourself. (id:31729)
Listing ID C4284619
Salesperson Jessica P. Stoner
Brokerage RE/MAX ALPINE REALTY
View on realtor.ca
Open this photo in gallery: 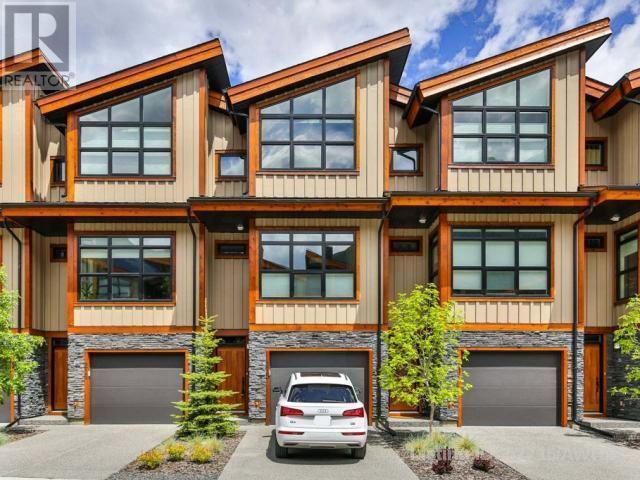 699900.00
215 RIVA Heights, Canmore, Alberta
CENTURY 21 NORDIC REALTY
Bedrooms
2
Bathrooms
3
Building Type
Freehold
Property Type
Single Family
Located in Three Sister's Mountain Village, this 2 Bedroom + 3 bathroom Townhouse with attached garage. Making it one of the best locations in the complex and offers breath-taking, completely unobstructed views from every window. With over 1,400 sqft of living space, The open concept main floor includes a modern, functional kitchen with large quartz island and eating bar, a dining area, half bath, a bright & beautiful living room with gas fireplace, and large deck with unobstructed mountain views. The upper level boosts 2 spacious bedrooms with spectacular mountain views, each with it's own Ensuite, and an open den/office area. Rounding out this amazing property on the lower level is a single car garage, and a massive utility/storage/mud room, making this property great for both vacationing or full time living. Find out about this exciting property today! (id:31729)
Listing ID AW52716
Salesperson MARY-ANNE KAMENKA
Brokerage CENTURY 21 NORDIC REALTY
View on realtor.ca
Open this photo in gallery: 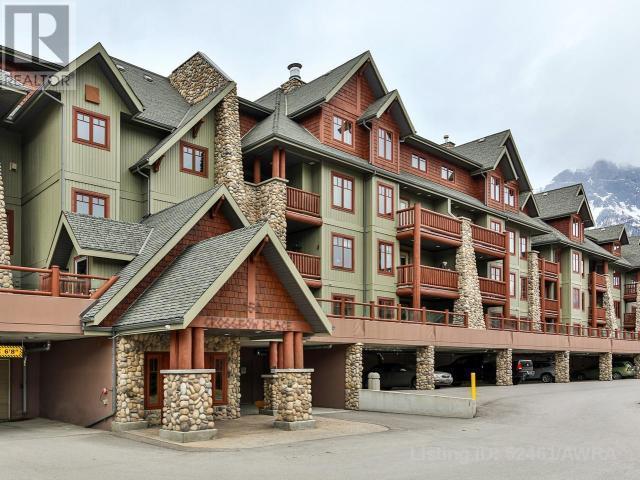 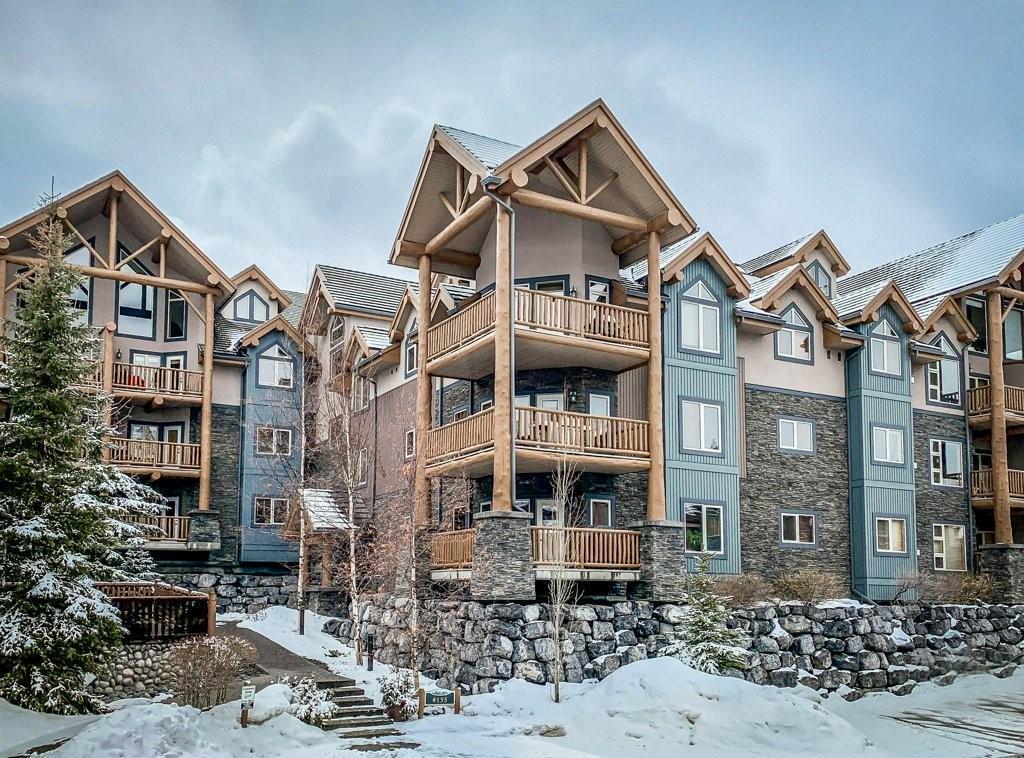