Developers say the demographic mix in Calgary's downtown condo market has taken on a greyer tinge as a growing number of baby boomers and empty-nesters move to the core, shrugging off their suburban homes and acreages.

Boomers entering or nearing retirement seem to have felt little of the impact from oil industry woes, says Robert Duteau, senior vice-president of development with Grosvenor Americas, which has been very active in Calgary's high-rise sector.

"We're seeing buyers coming to us with equity from their single-family homes and in a financial position that's been largely unchanged."

Grosvenor's focus has been on the Beltline area of Calgary on the southern shoulder of downtown, where high-rises Drake and Smith have been built and where two other projects are planned. Its Avenue development, though, is at the west end of downtown and is appealing to the older crowd.

"Avenue has been designed as a luxury offering that has attracted boomers and right-sizers who have recognized an urban transition is taking place and are looking for luxury with a downtown address," Mr. Duteau says.

And luxury comes with a price that this older generation is willing to pay.

For Almoonir and Nimira Dewji, the decision to move from their southeast Calgary home of 20 years to a two-bedroom residence on the 21st floor of Avenue was a while coming. Their children are grown and gone from the family nest, so their big house became something they didn't need any more; it was time for them to get on with their own lives.

"It was time," Mr. Dewji, who is co-owner of a management consulting firm west of downtown, says. "We had been contemplating a move and looking at what was available for a while now."

Early on, the couple decided downtown was the best fit for them because it had everything they wanted in terms of lifestyle and personal interests and was in an area they tended to gravitate to for social occasions.

The downtown and the Beltline area have been popular with a wide cross-section of buyers who want the live-work-play element close at hand.

That goes for the older crowd, such as the Dewjis.

On their list of must-haves was access to public transit, proximity to the Bow River pathway system, being near live theatre and being just a few minutes drive from the office.

Parham Mahboubi, vice-president of planning and marketing for Qualex-Landmark, says the boomers are "practically minded" when it comes to making the move from a suburban to urban lifestyle.

The Vancouver-based high-rise developer is busy with its sixth Calgary project – Park Point – and is seeing a good proportion of buyers in the over-50 crowd despite the economic downturn.

"They are savvy and not in a rush, but when they see something they like, they don't let the unpredictable economy confuse their buying," Mr. Mahboubi says.

"They will thoroughly investigate all options and residential condo projects on the market and then make practical decisions that take advantage of opportunities that make practical and economic sense."

Qualex-Landmark officials are also finding that size matters in dealing with this older set of big-ticket consumers.

"We have found that the home types at Park Point that have larger square footage, between 850 and 1,650 square feet, have a much greater appeal to this older demographic," he says, adding that much of the buyer interest comes from a desire for easy access to area amenities, security, and a more carefree lifestyle that allows them to lock and leave.

At a recent groundbreaking to mark the start of construction on Park Point, company president Mohammed Esfahani said that "considering the economic climate, we're pleased to see that the market has responded accordingly to our first-class residential offering within the heart of an amenity-rich downtown community."

Earlier Qualex-Landmark projects in Calgary are Mark on 10th, Calla, Luna, Nova and Stella, and all have an element of mature buyers mixed with the more typical young professionals, Mr. Mahboubi says. 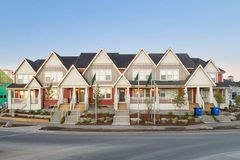 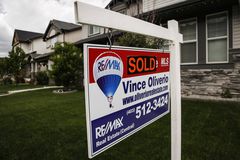