From the driver’s seat of his Escalade, real estate investor Terry Paranych is recreating the moment he found his newest buy on the northern fringe of downtown Edmonton. He was picking up Chinese food in a rough part of town that had been neglected for decades, until Edmonton Oilers owner Daryl Katz turned his attention to it for the team’s new home.

“I was looking at all the cranes,” Mr. Paranych, who’s better known as a residential agent, says. “All of a sudden I see a commercial real estate sign on the corner.” He points to a red, humble, six-unit apartment he secured for a $505,000 bargain. 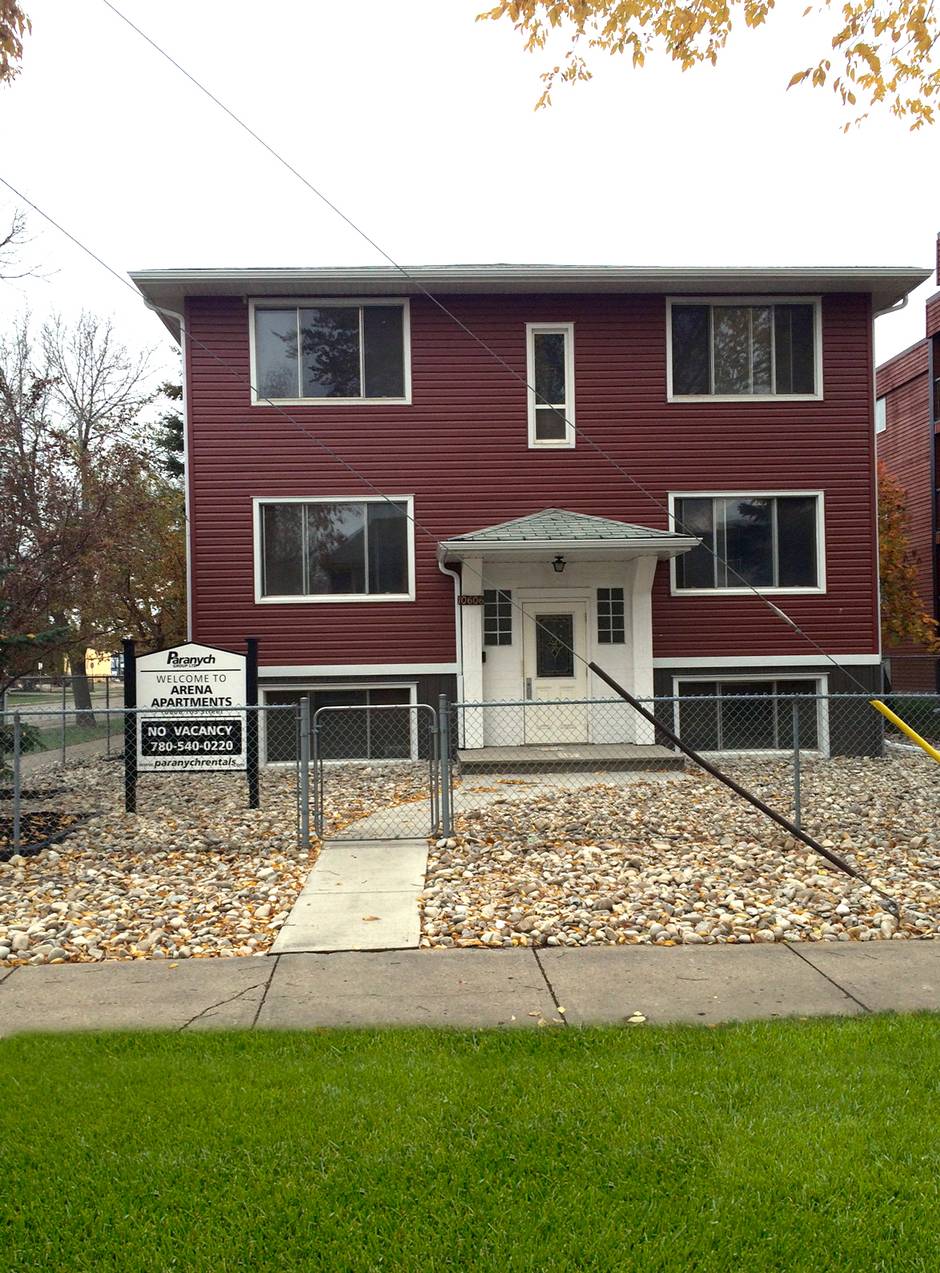 Much attention has been paid to the arena, a $480-million private-public development between the city and the Katz Group, and the accompanying hotel, office and condo towers, movie theatre and shopping centre that together encompass the so-called Ice District currently valued at $2.5-billion. But among residential investors, it’s all about the decades-old stock of multifamily units in and around Central McDougall, a neighbourhood where median household income is less than half the city average. “I’ve been sniffing around here for over a year,” the born and raised Edmontonian and Oilers season ticket holder says.

Mr. Paranych isn’t alone. Since the first mutterings of a downtown arena emerged in the late 2000s, Mainstreet Equity, a publicly traded Calgary-based company, has gobbled up at least 119 buildings totalling 3,683 units, according to the Calgary Herald. “People are snapping them up,” Melanie Reuter, director of research at the Real Estate Investment Network (REIN), says.

REIN conducted a secondary analysis of international arenas’ effects on property values. After controlling for “hot markets,” Ms. Reuter says, the report found stadiums increased property values within one kilometre by 3 per cent to 15 per cent. 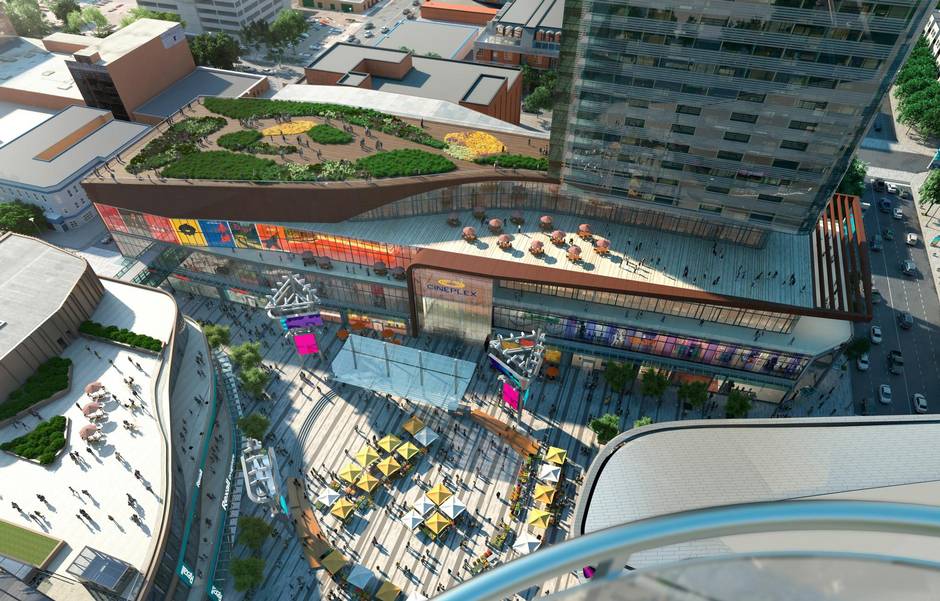 Rendering of the Ice District in downtown Edmonton

She predicts the impact in Edmonton will be on the higher end of the spectrum, with the help of a new LRT station between the arena and MacEwan University, which is in the midst of consolidating its three campuses downtown. “So now we have a perfect storm of fabulous things going on in the area,” Ms. Reuter says. “We have been teaching REIN members that [these neighbourhoods] are places to invest [in] with great tenant management.”

Housing north of the arena targets students and lower-income tenants, which couldn’t be more opposite to what’s arising south of it in the Ice District, a joint-venture between Katz Group and WAM Development Group. This fall, the Legends Private Residences, which began construction last year, will enter the market with some of the most luxurious condos Edmonton’s ever seen. Sitting atop the city’s second four-star hotel, the high-end of the 264 condos are expected to sell for $1,000 per square foot. By comparison, units in Fox Two, a tower that began construction two blocks south on a well-established, chic promenade, sell for about half that. 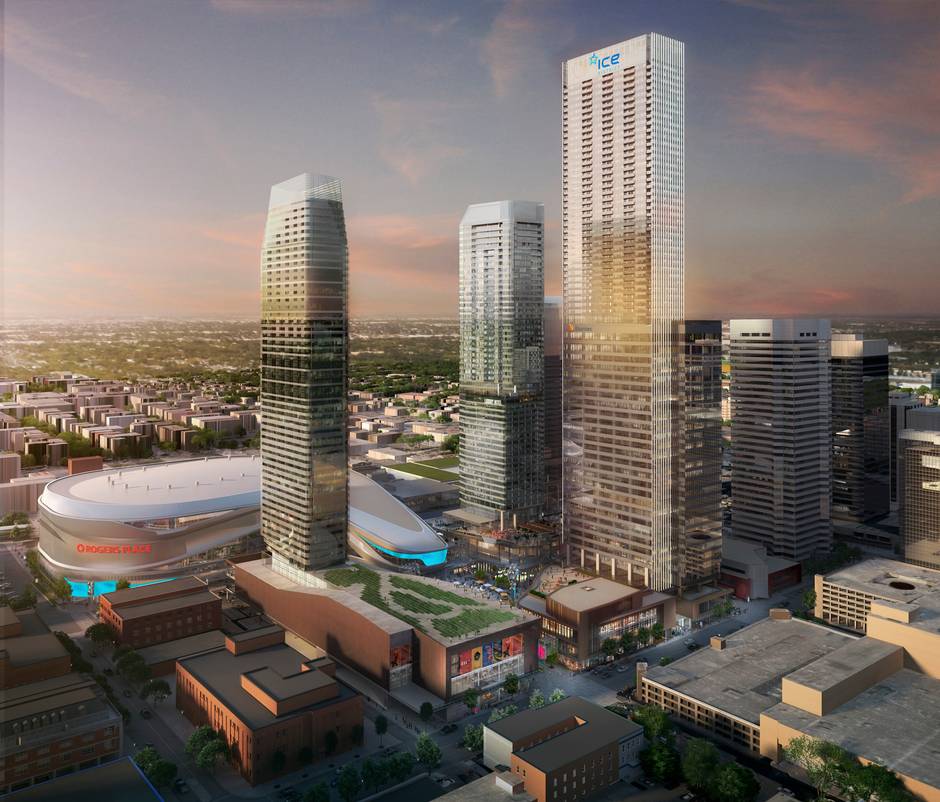 Ice District will also be home to Canada’s largest skyscraper outside Toronto, Stantec Tower, developed for the international engineering firm by WAM, with another set of luxury condos or apartments above the offices. Katz Group also purchased the Greyhound terminal, rumoured to become a residential tower once the bus depot’s lease expires in May.

According to the City of Edmonton, there’s another $2.5-billion in construction in downtown Edmonton independent of the Ice District, which includes more upscale residences. But will people buy them up when oil hovers around $60 a barrel? As Ms. Reuter puts it: “The biggest effect on real estate values is jobs.” 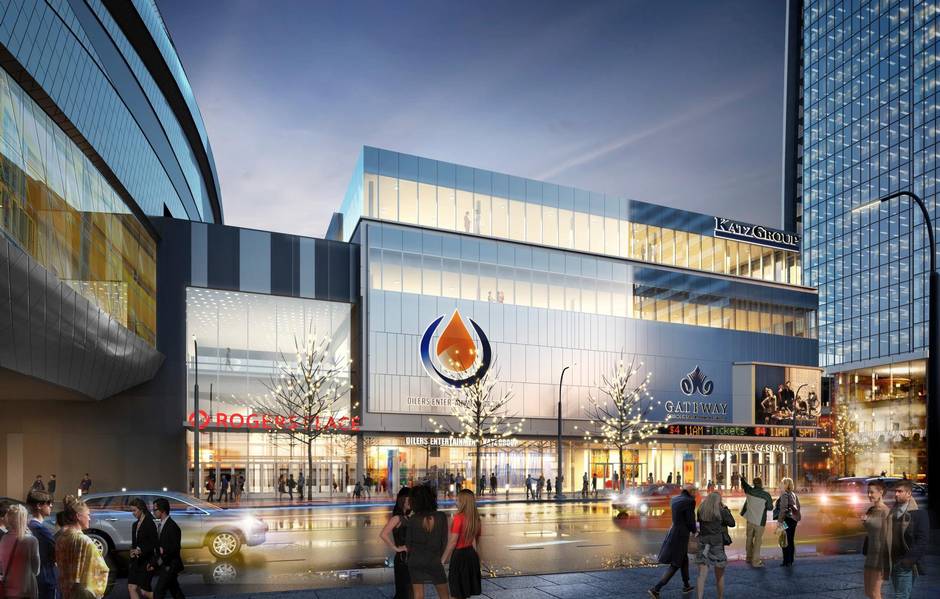 Rendering of Rogers Place in Edmonton

Others are confident they’ll fare well because demand for luxury condos has been pent up and point to the city’s growing economy, which saw a gain of 6,700 jobs in October compared with the province’s total loss of 11,000 jobs that month.

One thing the recession has been good for is construction costs and labour. “This is exactly the right time for this kind of development because with the slower oil market we have the manpower and the equipment and material to undertake this project,” John Rose, the City of Edmonton’s chief economist, says.

“The additional residential units will provide a solid foundations for services and amenities,” Mr. Rose adds. “And get rid of a few of those surface parking spots while we’re at it!” 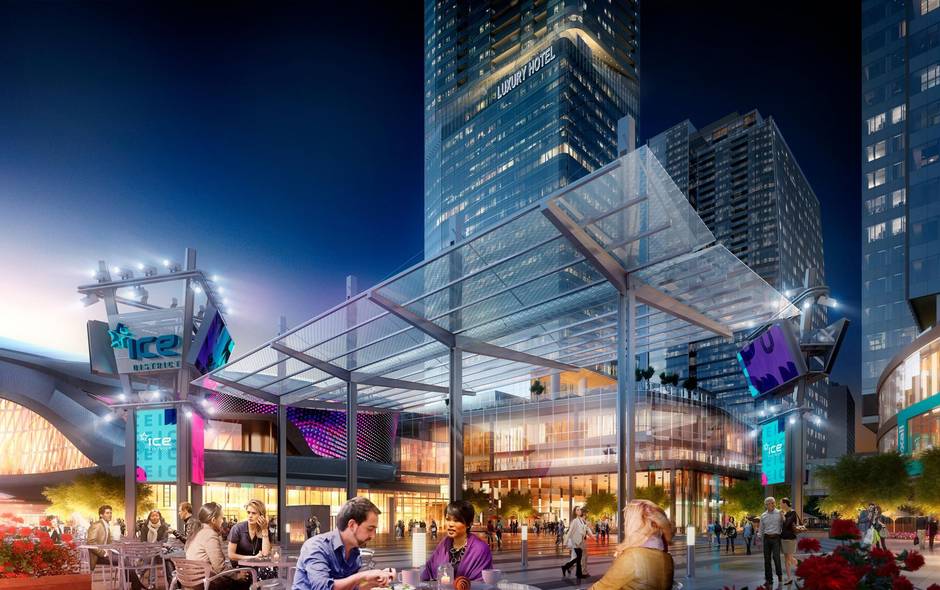 Real estate investors are eager to purchase these blights that have been synonymous with downtown Edmonton’s sleepy reputation. But it might be a while before they’re similarly staked with cranes. “We have some sites on the periphery,” Jandip Deol, Colliers Canada’s associate vice-president of multifamily, says. “We haven’t had much traction on this site because no one wants to be in competition with the Katz Group.”

He estimates 1,000 units on the horizon in the Ice District. “Absorption on the sale of these units will be key. If you’re north of the arena, you don’t want to be in competition to these new units.”

There’s also uncertainty about the social effects of all this development. Can Edmonton’s upper and lower classes dance cheek-to-cheek? “Having a mixed community in terms of socio-economics is a good thing,” Mr. Rose says. “You don’t want a downtown that is a ghetto for the poor, nor a playground for the rich.” 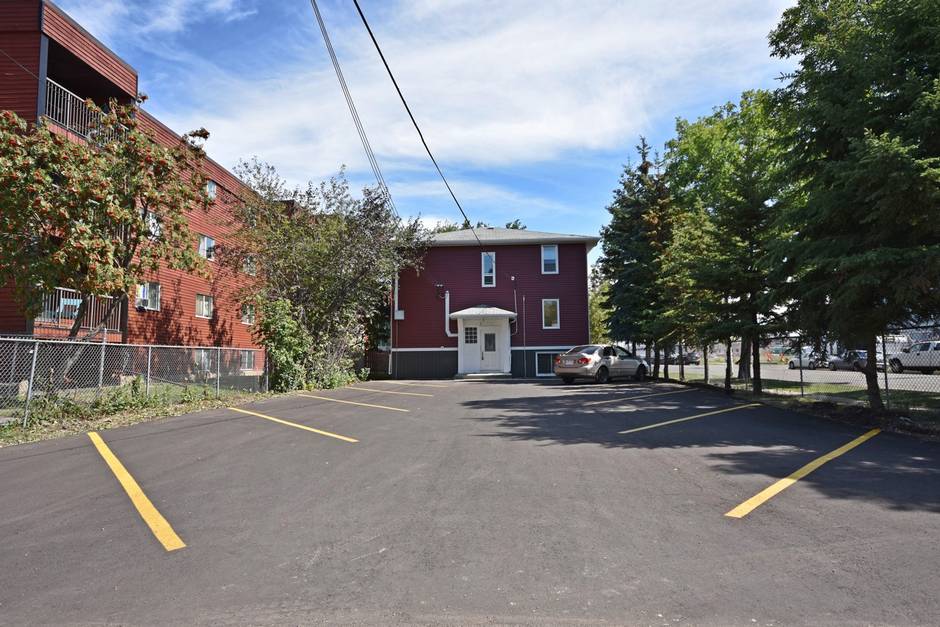 An old garage and shed at the back of Terry Paranych's Arena Apartments was removed to create a parking lot with 5 additional parking stalls to be sold as seasonal passes during hockey season to Rogers Arena patrons.

The homeless drop-in centre and night shelter a block away recently purchased their buildings, so they’re here to stay. Others have worried about rent hikes in the area that is home to many social housing tenants and a large concentration of immigrants and aboriginals. Rent in Edmonton is rising faster than in every major Canadian city but Calgary, according to a 2014 Colliers report. The monthly cost of a two-bedroom apartment has increased 75 per cent since 2007.

The city’s operator and administrator of social housing, Capital Region Housing, hasn’t seen any effect on rent that can be attributed to the arena. Both Colliers and REIN’s representatives expect that will change once the Ice District is complete, but not drastically.

Mr. Paranych, who has one pending sale and three more offers in the area, says he’s not planning on raising rents. His newly renamed property, Arena Apartments, remains one of the few places in downtown where you can get a one-bedroom for about $800 a month, even after he sunk $110,000 into renovations: a paint job, landscaping, a repaved parking lot with six added stalls – “and another executive parking stall, for me when I go to the Oilers games.”