Last month, Gregg Taylor was served notice by Rocky View County officials to remove his tiny 160-square-feet home on Springbank Road, west of Calgary, or face a $1,500 fine. The 37-year-old general contractor was confused; he had studied the county’s bylaws before setting up home just a few weeks prior and found nothing to suggest that his home might not be legal.

“It’s not a permanent structure,” he explains, “so as far as I’m aware, there’s no reason I can’t live here.”

The county disagrees. They say that a permanent residence of more than 400 square feet must be present in order for the land to support an RV, shed or trailer. Mr. Taylor’s tiny home is none of these things; and therein lies the argument.

So he plans to challenge Rocky View County’s ruling. He’s also joined a growing number of tiny-house advocates in Canada who are gearing up to challenge zoning bylaws and building codes to acknowledge their tiny properties. 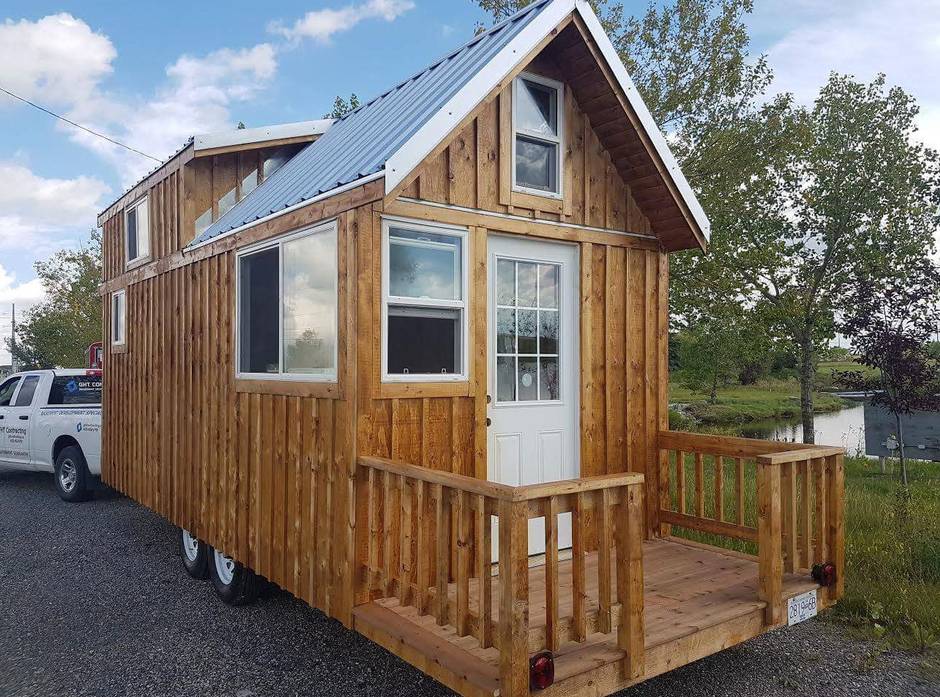 “Since this whole thing started getting media attention, I’ve been invited to join the Tiny Home Alliance of Canada to work with them to try to change the legislation around tiny homes. I’m not just a tiny-home owner. I’m also a contractor trying to get into selling tiny homes,” he explains. “I figure I need to be willing to put my money where my mouth is and get involved in the wider cause.”

The Tiny Home Alliance of Canada was formed in 2014 to meet the growing demand for information and resources among tiny-home owners and prospective tiny-home owners. Their mission statement is “research, education and effective change.”

And change could be imminent as amendments which acknowledge and accommodate micro-dwellings in the States look set to be accepted by the International Residential Building Code (IRC) before the year’s out.

“America is way ahead of us right now,” says Canadian Tiny Home Alliance member and owner of Canada’s largest tiny-homes listing site, Natalie Brake from Victoria. “We’re watching what they’re achieving very closely and hoping to replicate that success here in Canada within the next six to 12 months.”

It’s taken tiny-home advocates in the United States four years to reach this point; in October, they brought their case to the International Code Council hearing in Kansas where the vote was 81 in favour and 34 against the amendments, five votes over the two-thirds majority required.

“Reaching the two-thirds majority vote at the hearings in July was truly unprecedented,” says Gabriella Morrison from Oregon who, along with her husband, Andrew, is leading the campaign for change. “Nobody has ever seen a new code be approved in those halls on the first go around. It normally takes at least six years and two code cycles.”

Now, the team face just one last hurdle, the national vote, to get their tiny home amendments implemented. 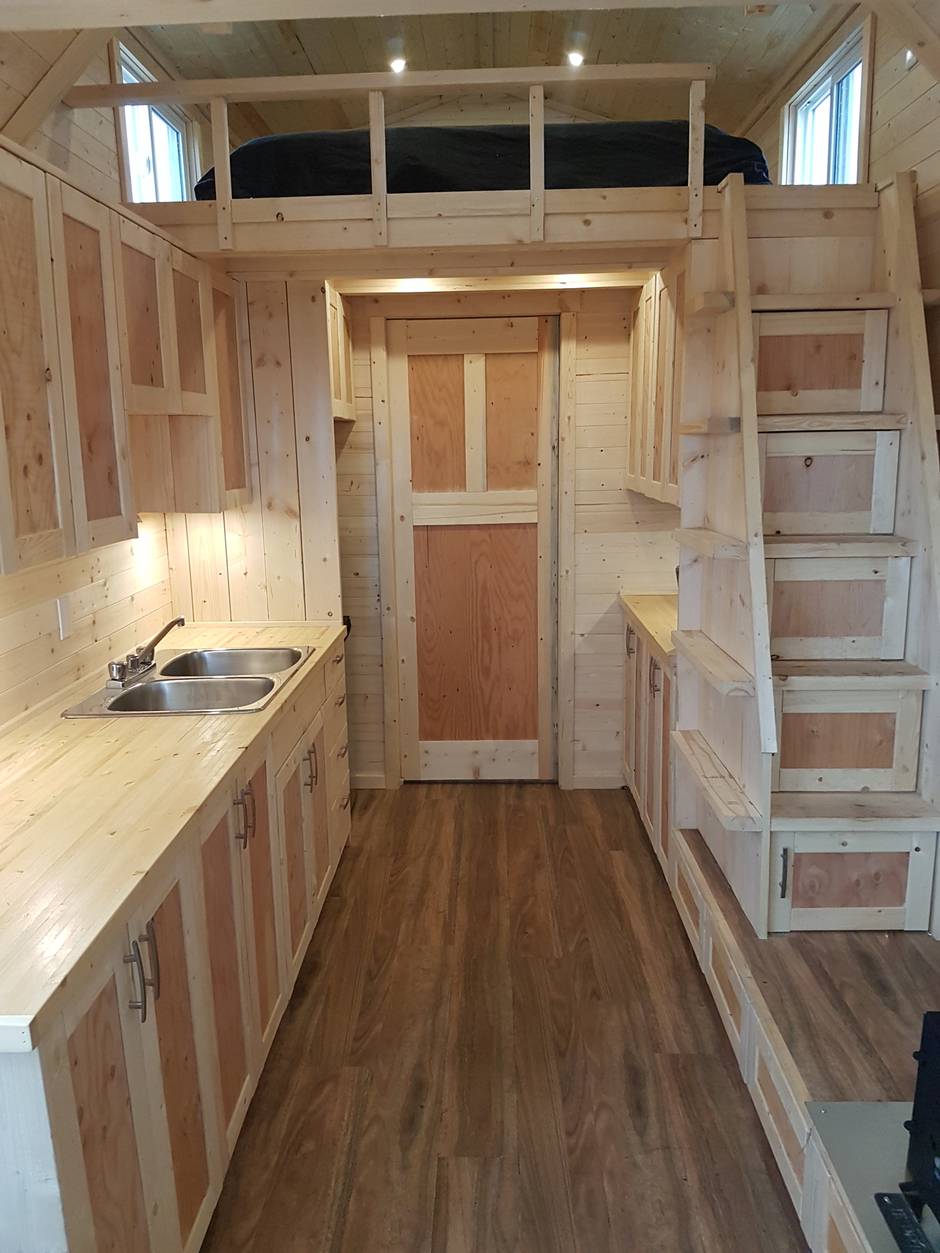 Calgary contractor Gregg Taylor is currently caught in a dispute with Rocky View County over this 160-square-foot house on wheels. (GHT Contracting)

“We’re told about ninety-eight per cent of measures that are approved at the hearings end up being approved in the national electronic vote. Unfortunately this doesn’t specifically apply to us because our proposal was so outside the box; but at least we have somewhat of a chance.”

The appendix they’re attempting to have added to the IRC refers solely to stationary tiny homes, unlike Mr. Taylor’s tiny home on wheels. Most importantly, the appendix would acknowledge tiny homes as being “a dwelling that is 400 square-feet or less.”

For the tiny-home community, in the United States and beyond, the acknowledgment would be a momentous occasion; for Canadian tiny-home owners, it would be the green light they’ve been waiting for.

“It’s legal in Quebec to live in a tiny home. In fact, they have whole communities of them,” Ms. Brake says. “But for the rest of Canada there’s a lot of confusion over legislation, zoning and finance of tiny houses. The main issue is that a permanent dwelling house is defined as being above a certain square-footage.” 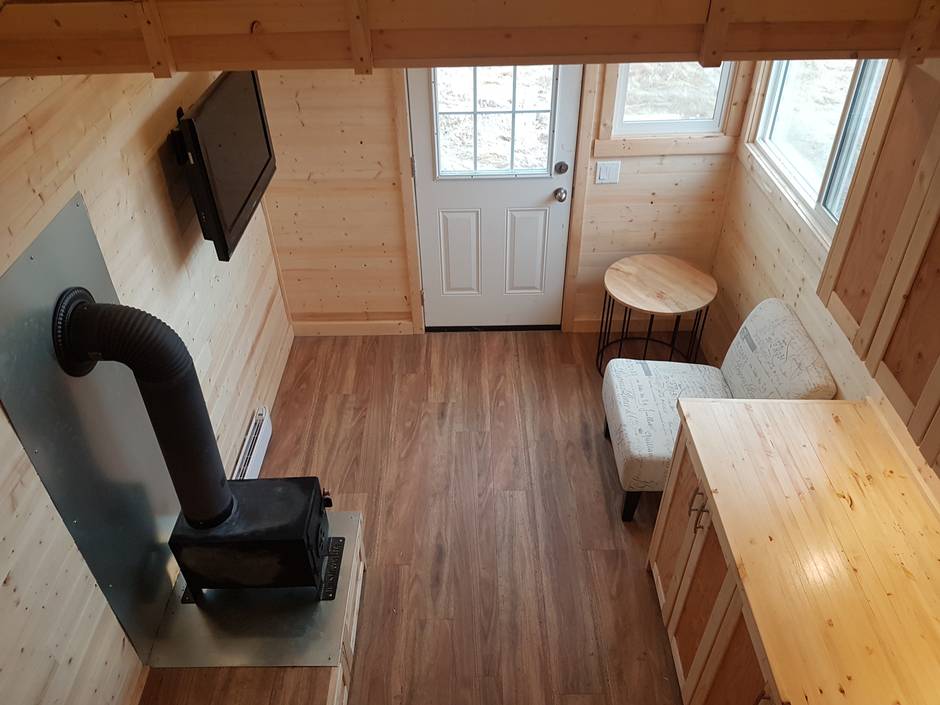 Ms. Brake currently considers herself to be “between tiny homes” as she rents an apartment while looking for her next yurt, shipping container or off-grid micro-home.

She’s serious about the lifestyle choice but insists “the narrative about tiny homes being a trend is really outdated, this is a viable solution to a serious housing issue across Canada; affordability.”

“Owning a house in Canada is unattainable unless you’re in the 1 per cent that has a few hundred thousand dollars in the bank. Tiny houses are a solution to that,” he says. “My home cost me $15,000 to build from scratch and it took me three months of my own time, between contracting jobs. I pay $350 a month to rent five acres of land for my home. That’s affordable.”

Mr. Taylor prices the tiny homes he builds and sells at between $30,000 and $40,000. With Alberta’s economy continuing to struggle, he’s using his down time between contracting jobs to grow his tiny home business “so other people have a chance to try this kind of lifestyle.”

Because, financial gains aside, he loves his tiny life. And he doesn’t plan on giving it up without a fight.

“It’s been enlightening. I love it. I’ll be doing whatever I can to keep it.”