A budget motel and a Boston Pizza in Banff Trail, northwest Calgary, could soon be replaced with the city's first privately developed student accommodation tower. Toronto-based developer, Campus Suites, has applied to transform the site into a 28-storey residence, aimed primarily at undergraduates, and it hopes to break ground by the end of 2017.

"The owner is looking to better utilize the land by densifying," explains Henry Morton, president of Campus Suites, "which coincides with an intention from the city to increase transit-oriented development in this community and our search for a foothold in Calgary. The timing is perfect."

The Royal Wayne Motor Inn, and the adjacent pizza restaurant, are located in what is known locally as Motel Village; they're within walking distance of both the University of Calgary and the Southern Alberta Institute of Technology, which collectively educate around 80,000 students a year.

"We've had our eye on Motel Village for a few years now, we offered on another hotel there a couple of times with a view to converting it but we couldn't reach a deal. It's a prime site for this sort of development because of its location." Mr. Morton says.

Campus Suites has been operating exclusively in Canada for five years. It operates student housing developments in Ontario, Ottawa and Quebec.

The proposed tower would add 328 units to the Calgary's apartment rental pool, with approximately 500 beds, with each unit averaging 340 square-feet. Apartments would come with private bathrooms and kitchenettes while amenities include a fitness centre, social spaces and gaming tables, private study areas, laundry, bike parking and 135 underground parking stalls.

There would also be space for a medical facility and, Mr. Morton says, Boston Pizza has expressed an interest in launching its delivery model at the new site. Rent is expected to be about $1,000 a month upon completion in 2020.

"We looked at the growth in enrolment at nearby universities and felt that 500 beds is the right number," Mr. Morton says. "It's big enough to have economies of scale and a programatic lifestyle but not so big that it's an overwhelming risk."

In 2015, the University of Calgary added 670 beds to its on-campus allocation, bringing total beds to 2,800. Students living on-campus have access to counsellors, mentors, meal plans and 24-hour crisis support. In 2016, the university saw record numbers of students applying for on-campus housing.

Mr. Morton says an increasing number of students are seeking this kind of living arrangement beyond their first year.

"There is demand for purpose-built student housing in Canada because there's a shortage of it," he says. "The majority of postsecondary students must either live in on-campus residences, which are typically only available for first year students, or choose between traditional apartments, which are expensive, or a student ghetto set-up.

"For some students, being in a student ghetto is a rite of passage they want to go through but, at the same time, many do not. A lot of these old houses are not code compliant; they're badly wired, they don't have windows that open, and often that's worrying for parents," he adds.

Mr. Morton believes student residences that are of a high standard, privately managed and "programatically right for the student lifestyle" can have a variety of benefits not only for students, but for communities and universities too.

"For students, our efforts are focused on safety, quality of living and safeguarding mental health. If residents need to burn off some stress in the middle of the night, they can do that at the gym; if they need a private study area, they can book one. During exam time we give them coffee and bagels in the morning. We knock on their door once in a while to check if they need anything. We try to bring down the pressure."

"Everyone wants to see those rundown student ghettos convert back to single family housing. And developments like this help do that," he says. "By putting college kids in concentrated areas, you also tend to improve community relations because we're a management company and we have more effective ways of dealing with the kinds of issues that can come up."

"Most international students want to connect with Canadian students. They want to practice their English as well as immerse themselves in the culture. At the same time, they want to be able to connect with other students from their home culture when they feel overwhelmed. Residence is the ideal place for this," he says.

"Coming from so far away, this is especially important as they may not be aware of the general housing market and wish to avoid the landlord lottery," he adds.

In 2014, Global Affairs Canada estimated that the 23,000 international students attending education facilities in Alberta spent $567.7 million in the province annually.

"The bottom line is that foreign students contribute millions of dollars to the local economy and those same students will choose to go elsewhere if the accommodation available is sub-optimal," Mr. Morton says. "Universities have a brand to promote and accommodation is part of that."

Mr. Morton says his company isn't in competition with universities but rather hopes to support them as their need to grow their housing stock to meet demand continues.

"Housing is an uneconomical business model for universities. They can only get income for eight or nine months of the year but they still have to be fully staffed. A lot of the buildings on campus are older and have maintenance costs, dated living environments and floor plans which would be costly to update," he explains. "That's why a lot of schools are looking for the private sector to build for them and that's an area of growth for us.

"When we use our numbers, we typically come up 25 per cent cheaper than a university to build housing, plus we can operate it cheaper," he adds.

In addition to the increasing demand and non-cyclical nature of student housing, the turnover of units averages just three years, allowing developers to increase rental rates in line with market conditions.

"It is a lucrative business model," Mr. Morton admits "but it's also an operating business and it's very difficult to do it well. We've watched others try and fail at this business model. We've seen people misjudge the number of beds, misjudge what they can charge, misjudge the importance of the location. It's an interesting model but it's not for the uninformed."

Campus Suites says plans are under way for three developments in Ontario in addition to the tower in Calgary. Mr. Morton says his company is aiming to grow by two developments per year in Canada for the foreseeable future.

"I have big eyes for Halifax, that's where I want to be next," he says. "There's a lot of opportunity in this market in Canada." 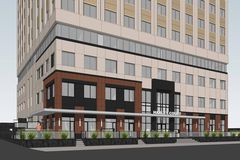 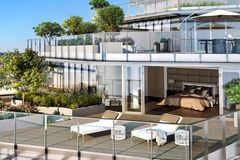 In Alberta, homes designed to withstand the elements
June 1, 2017 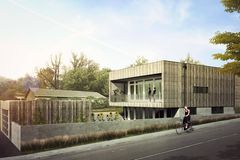