Heritage advocates in Edmonton are making the case that building preservation can not only beautify the city but make economic sense.

A new report commissioned by the Edmonton Historical Board says heritage properties in the city provide significant long-term return on investments for buyers and generate a greater return on taxpayer dollars.

"There's been nothing like this before for Edmonton," researcher and author Shirley Lowe says. "We modelled the report on one which was undertaken by the city of Savannah in Georgia. We added in environmental metrics which we felt were an important part of the picture here."

"Much of the city's early pioneer buildings were torn down during the boom times," explains Ms. Lowe, who is herself a heritage advocate. "We consider Edmonton's current economic slowdown to be a good time to make our case."

"Rather than saying 'stop tearing down our heritage buildings,' we recognized that we need to change our language around this to be heard," she continues. "We needed to make the argument about economics and the environment. We needed to make it about numbers, not sentimentality."

Ms. Lowe argues that the numbers are compelling. Her research shows property values in all 38 heritage neighbourhoods matched the city average over a 17-year period from 2000 to 2016.

Heritage neighbourhoods contributed $6.51 a square metre in taxes compared with the citywide average of $2.03 a square metre. After removing the four highest density residential and commercial downtown neighbourhoods, the remaining 34 heritage communities still contributed 9 per cent of the city's total property tax income in 2016.

Additionally, the report looks at the value of designated downtown heritage buildings that have been retrofitted and repurposed using taxpayer dollars and concludes that they appreciate faster than non-designated buildings.

The report also looks at the comparable return on investment between retrofitting an older single-family home or demolishing and rebuilding. The report puts the cost of demolishing and rebuilding a comparably sized single-family home at 20-per-cent higher than extensively renovating an existing home to the standard of a new build. The renovation costs cited, based on a real example, include all major structural and mechanical upgrades including a new roof, foundation, wiring and plumbing.

"Rebuilding at a lower quality would of course be cheaper – many infills are built of lower quality materials – but this degrades the character of the neighbourhood," Ms. Lowe says. "What we're trying to show here is that demolishing heritage homes for money doesn't work and older single-family homes offer promising investments for buyers willing to take a long view."

The costs outlined for the renovation included the addition of a $59,000 grant from the city. One of the report's recommendations is that the scope of work eligible for city-matched funding be expanded to include "updating internal systems of infrastructure to meet the requirements of lenders or insurance companies," the extensive cost of which, the report argues, "creates an incentive for demolition and rebuilding."

The report also recommends improving accessibility to the city grant scheme and moving to a sliding scale to encourage homeowners to undertake more complex and expensive restoration projects. Ms. Lowe believes this would encourage more families to "migrate to and invest in" Edmonton's heritage neighbourhoods, which, she adds, "offer excellent long-term investment potential."

"Alberta Avenue is a great example: It was a working class neighbourhood which fell into recession in the seventies," she says of a "preserved" neighbourhood where 73 per cent of the buildings are dated pre-1960. "Because of that, the homes were never demolished. Many of those properties are now affordable single-family homes which are perfect for families."

And investment-savvy buyers are taking notice; 100 single-family homes were sold in Alberta Avenue in 2016. That's significantly more than the nearest comparable communities of Westmount, Eastwood and Parkdale, which had 54, 44 and 43 sales of single-family homes respectively.

Michelle Patterson-Nipp and her husband Kevin purchased a 1,400-square-foot, two-storey, three-bedroom heritage home in Alberta Avenue in 2005. As first-time buyers, affordability was high on their list of priorities and the area didn't disappoint. They purchased their home, complete with double garage and large lot for just $135,000.

"The homes we could afford elsewhere in the city were in way worse shape than the ones we could afford in Alberta Avenue," Ms. Patterson-Nipp says. "Agents discouraged us from buying here because the neighbourhood had a pretty poor reputation, but my husband's grandmother had lived here so he was comfortable with the area and the house was what we wanted."

Twelve years on, Ms. Patterson-Nipp, a real estate agent, estimates the property has "more than doubled" in value. That's due in no small part to the couple undertaking an "annual renovation project" such as replacing the garage, adding insulation, restoring the original staircases, replacing the flooring and upgrading the foundation. Ms. Patterson-Nipp estimates they've invested $80,000 in their home renovations, none of which have been supplemented with city grants.

"Reputations can be hard to shake, but this neighbourhood has proved it's not impossible," says Ms. Patterson-Nipp, who believes the turnaround has been helped by the neighbourhood's thriving arts scene. "Families are asking about Alberta Avenue now, they're asking to be shown homes here. It's been a good investment for us and continues to be for others."

It's news that Ms. Lowe is delighted to hear.

"Building condos doesn't revitalize our downtown core," she says. "Those condos are lived in by people in their 20s who eventually disappear to the suburbs. Building infills isn't economical or environmental. We need to encourage families to settle in older communities like Alberta Avenue and rejuvenate those areas with their presence and investment." 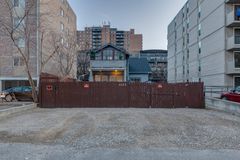 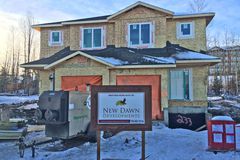